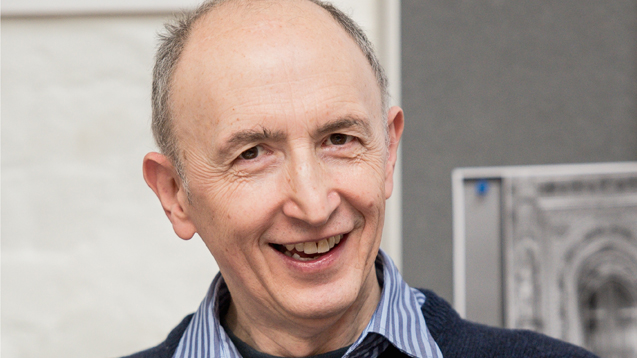 Oscar-nominated screen composer Gary Yershon gave up acting in favour of a musical career but judging by his success, it’s been a move that has paid off in dividends.

Gary’s hits including the Academy shortlisted Mr Turner, Happy-Go-Lucky and Another Year, all born out of his fruitful collaboration with British film director Mike Leigh. He’s currently throwing himself back into teaching as well as unveiling Oscar winning scores, a new event series at London’s Barbican featuring composers including Gabriel Yared (The English Patient) and Stephen Warbeck (Shakespeare In Love). We caught up with Gary to find out more about his musical career and events...

One of my earliest memories is being taught to play The Skye Boat Song on a toy glockenspiel, so I must have been interested in music from a very young age. But I didn't focus on it until I was about 13 or 14, through school, where we had a brilliant music teacher and a friend who played in the local education authority’s youth orchestra.

I’m the youngest of three brothers, so inevitably I picked up on what my older siblings were listening to - pre-Beatles American pop songs. I remember playing It Might as Well Rain Until September by Goffin and King over and over again. I loved the sound of it, the way that it was put together.

At one point did you know you were on to something with composing? Was there a tipping point for you with music?

It was quite late on. I’d wanted to be an actor, and had seen music as a means of making myself more employable in that area. It wasn't until I’d been working for about fifteen years that what had always been obvious to friends and colleagues became clear to me: that my musical gifts were superior to my modest thespian abilities.

Where did you first meet Mike Leigh? And what is it about your relationship that makes your collaborations work so well?

Mike interviewed me in his office in Soho back in 1997. He was looking for a musical director for a film he was planning about Gilbert and Sullivan.  I worked on what became Topsy-Turvy through all its production phases. For someone who’d never been part of a film before, that was quite an education. I couldn’t have asked for a better teacher than Mike. He starts from a position of respect for who you are and creates an environment in which you feel you can do your very best. He’s an enabler.

Could you explain a little about the creative process when it comes to composing a score - where do you start? Where do you write? And have you adopted different approaches with each [film] project?

I start sketching as soon as possible, without asking too many questions. If there’s a script, I read it. If there’s a read-through, I attend. Visual ideas from the designers are always helpful in finding out what the world of the project is going to be. But the important thing is just letting my imagination roam and follow where it leads. I sketch onto manuscript paper, which is fine for most projects, although it has its limitations: it can lock you into certain ways of thinking, as can improvising on a piano or a guitar, so I’m pretty ruthless when it comes to critiquing what I’ve put down.

Mr Turner was Oscar nominated – congratulations! What does this sort of accolade mean for a screen composer?

I can’t speak for anyone else, but I felt, and still feel, deeply honoured by it.  Hollywood's musical tradition is a great one, as far as I’m concerned, so it means a lot to me, that I’ve been welcomed into it. It has undoubtedly opened some doors. This series at the Barbican is an example of that.

Oscar winning scores will be at the Barbican from April – what is the thinking behind the event series?

There are two strands - one is promotional, to foreground the international membership of the Academy of Motion Picture Arts and Sciences. It’s well known that there are large numbers of UK nominees every year. But the academy also has members in many other film-producing nations: France, Germany, Spain, India, Japan, Australia ... The list goes on.

The other strand is educational. Many young people are training for work in a film industry that can seem quite remote. This is particularly the case with music, where the availability of affordable digital technology has encouraged a huge demand for training at both secondary and tertiary levels. AMPAS' Europe office, run by Carola Ash in London, is reaching out to such students by instigating partnerships with a number of organisations and companies, for example the BFI, the Barbican, Warner Brothers, ASCAP, the PRS. There are also discussions in progress to look beyond London to other cultural hubs in the UK.

What are your favourite film scores?

Movie scores from early sixties are special favourites, perhaps because they retain the magic they held for me when I heard them as a child. Malcolm Arnold’s score for Whistle Down the Wind, for instance, or Max Steiner’s for The Dark at the Top of the Stairs. But beyond those, there are countless others I love: Laura (David Raksin), The Manchurian Candidate (David Amram), Lola Montès (Georges Auric), Le Notti di Cabiria (Nino Rota) North by Northwest (Bernard Herrmann),  Jules et Jim (Georges Delerue), The Ladykillers (Tristram Cary)…More recently there’s  Sicario (Jóhann Jóhannsson), The Big Short (Nicholas Britell), pretty much everything by Carter Burwell, and of course, the five scores from our Barbican season! If you asked me the Desert Island Discs question about which one Id keep if the rest were swept away, I’d probably reply Hable Con Ella (Talk to Her) by Alberto Iglesias.

What have been the most enjoyable film scores you’ve worked on?

They’ve all been enjoyable, not least because I’ve had a great team of people supporting me. When you’ve got Terry Davies conducting your music, you are a very fortunate composer.

Have you any advice or words of wisdom for new and aspiring composers?

My only advice would be: you don’t need to rush. A life in music means lifelong learning.