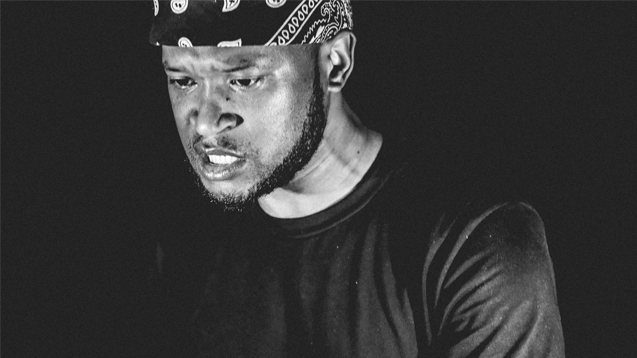 Frisco, member of the Boy Better Know collective and CEO of The Den, first attracted the spotlight for his extraordinary mike skills.

It was a legendary battle with grime hero Wiley in Ayia Napa, Cyprus in 2003 where his music career initially caught light. Ever since guesting on the Skepta produced Private Caller, and dropping his Back 2 Da Lab mixtape series, Frisco has continued to make an impression with the double whammy of energetic live outings and consistently great releases. He’s now lining up debut album proper The System Killer for April, plus more live dates, including a slot at this year’s Field Day festival in London.

How did you first start making music?

Well, I've always been a music lover from a young age. I used to write lyrics, learn other people's lyrics - that's where I started honing the writing craft. Then later on down the line I actually started doing it as a hobby, just MC-ing at a boys' club and after school. I started taking it more seriously in, say, 2005, after I'd done a few bits and pieces here and there before that, but nothing too serious. It was 2005/2006 when I put out my first official solo mix.

Which artists were your main inspirations when you were starting out?

I drew inspiration from a lot of places. I think grime is a genre that is heavily influenced from everywhere, even though it evolved from garage. It draws a lot of influence from dancehall, hip hop and even drum and bass. So I guess most of my influences came from artists and MCs working in those spheres.

Why do you think grime is enjoying more time under the spotlight of late?

Just because we've never stopped doing what we do. Even when it wasn't seen as cool or the most financially viable thing musically. We were still doing it and we never shied away from it - we've always stuck with what we believed in. I also think everything has its time. There's a cycle with everything. Things come and go and that plays a big part in it as well.

What do you think it is about the sound of grime that's appealed to people?

It's music that British people can call their own and really relate to, especially now when the sound is so wide. There's so many different styles of grime that you can be a fan of, so it can appeal to so many more people.

A lot of the artists have enjoyed success without any backing from major labels or the mainstream industry. How have they done so well without much support?

The internet plays a big part in that. Not just in grime, but for new artists in music in general. I think the internet has played a big part in helping artists get out there without having a massive push from a bigger label or even a co-sign. Sometimes that's all it takes, the co-sign, but before it gets to that you can build up something online. You've got a platform to just start something. If you're an artist that's coming up and you're not really out there like that, then my advice would be to use the internet to get an advantage, really research how you can benefit from it and just execute whatever it is you need to do.

Do you think that's more important than playing raves or doing live gigs?

For me, the live stuff is more or less what I do it for. It's the most important part. Yes, I think I enjoy that the most. The studio as well, but even when I'm in the studio it's in preparation for when I do a show. Yes, so the live part has to be the main part for me really. Financially, it brings in the most revenue.

What kind of projects have been keeping you busy then?


I've just done a bunch of features over the past 12 months, so those are just coming out. Yes, it's a bunch of features. I've put out a few, one or two singles, and obviously the live shows between that. That's been keeping me really busy. I'm still recording in the studio and I've got a new release that I need to drop in the next couple of months.

Watch the video to Different Kind, Frisco's collaboration with MOBO winner Shakka below. The System Killer, featuring collaborations with Skepta and Shola Ama, is released in April.