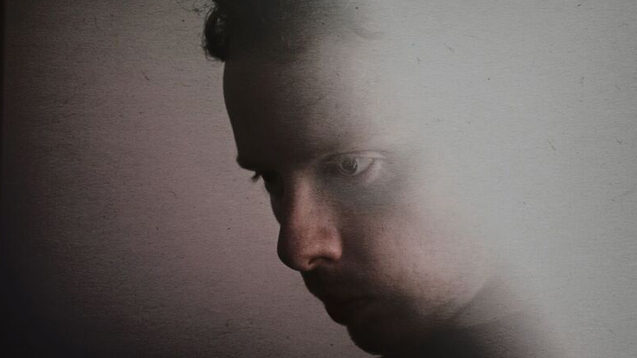 Punk, dance, electronica, art - we discover why any medium is fair game for the out there dubs and drones of eclectic Liverpool producer Forest Swords…

Wirral-born dub and dance producer Forest Swords (aka Matthew Barnes) is a specialist when it comes to mind-opening sounds.

He’s part of Liverpool’s new generation of psychedelic adventurers, drawing on the city’s rich history of haze but rubbing it up down with his own brand of experimental sauce suitable for a 22nd century cosmos.

Matthew first emerged with 2010's Dagger Paths, an EP of fuzzy musical textures writ through with R&B and hip hop bumps. It made a big splash with leftfield critics at FACT magazine and Pitchfork and helped him pursue a singular musical vision, heralded by his debut album proper Engravings.

Now with collaborations with Massive Attack and Young Fathers under his belt, he’s also produced dance piece Shrine and is busying himself putting the finishing touches to his second full length record. We catch up with a true artist to chart his journey from laptop to big stages...

I got my first guitar when I was 11, then I saved up pocket money to buy a cassette four-track. Lots of my early experiments with wrangling with sound and recording were done on it. I was heavily into Brit pop and pop when I was younger and fascinated with how things were structured and realised sonically. From there I got into punk and electronic music which felt like the most exciting thing I'd ever heard.

What/who inspired you to start writing your own music?

I was in punk bands at school. But there was actually a large gap in my life where I didn't make any music at all - I trained as a graphic designer and that took precedent. It wasn't until I got made redundant during the recession that I started to experiment with music on my laptop. I realised I could make music that excited me and design everything too, which was a bit of an epiphany.

You’ve obviously released various EPs and LPs and your work has also taken in scores for dance and film - where’s your head currently at?

I've not done much for cinema or TV yet, which is an avenue I'd like to explore. They're both mediums where you have to prove your worth, and I find that quite appealing - you've got to do some graft, regardless of what you've done in the past. I'd like to do theatre and live performance work too. In terms of evolution, I definitely feel like technically I've improved. It’s just a result of spending so long in front of the computer learning programs.

Your dance piece Shrine emerged earlier this year - could you explain a little about it?

I'd worked with dance before in my videos but I was really keen to make something for a 'live' dance performance. I was approached by Liverpool-based arts organisation Metal to do an installation, but I ended up turning it into a full dance piece. Creating a score from the ground up, and art directing it, was a lot of work. There wasn't the budget to outsource stuff so I ended up doing a lot of the technical admin for the performance, which proved to be a really interesting learning curve. Doing theatre and physical performance work, both in terms of music and creative direction, is something I'd love to do more of.

You also recently worked on the score for La Fete with Massive Attack and Young Fathers - how was that experience?

Working with Massive Attack was a dream come true - I've been a fan since I was a teenager, and it's amazing to watch them still create really important work. They're perfectionists ultimately, and so things go through many iterations and angles. It's taught me that it's OK to work like that. It's fine to wait, if the work isn't quite ready yet. It will make itself known to you once it is.

How has being from Liverpool impacted you and your music?

Liverpool has always seemed to exist in its own sphere creatively, and that's partly because of geographical and socioeconomic reasons, and partly the character of the people here. From that mixture, interesting art crops up and is allowed to exist. We can afford - financially and creatively - to have the space to let ideas grow organically and there's perhaps not a sense of urgency that other cities have. National media generally isn't interested in what's going on up here, so it's a really pressure-free environment to create work. It means really weird, odd things can crop up, and there's a freedom to that, and my music is certainly a product of growing up around here. There's a mixture of pride and stubbornness that runs through most Merseysiders - as anyone who's worked with me will attest - and that can be a really powerful thing to harness sometimes.

I think also perhaps Liverpool lacks the competitiveness that a city like London or New York has, where you're so aware of what your peers are doing that it becomes a game of one-upmanship, with one eye on what everyone else is doing, which results in trends being run into the ground. It just doesn't happen here, and it allows for a lot more breathing room, and more cross-pollination and support.

The city seems to be enjoying a bit of a moment music wise, in terms of new artists, festivals and events. What has contributed to this?

Great stuff has always been going on, but sometimes the planets need to align for people to take notice outside of the city, and that has a knock-on effect within the city. We've always been behind in terms of external funding and support, but the past two or three years particularly has felt like there's been a surge in people going "fuck it" and doing stuff for themselves. I feel like this is because, in the past, Liverpool's had a bit of an identity crisis – a kind of low self-worth perhaps – but it's now realising it can exist on its own terms rather than needing to compare itself to Manchester or London. There's a new-found confidence. The artists, events, festivals all feel like they goad each other on. It's great to witness.

What Liverpool acts or promoters are getting you excited? Are there any new artists we should be watching out for?

I am a fan of Liverpool Music Week and the type of cross-genre festival they are trying to bring to the city without any industry box ticking. Liverpool Psych Fest is also growing year on year and is becoming a huge deal, which is incredible to watch. I listen to a lot of Liverpool's poppier artists at the moment - All We Are, Stealing Sheep, Bill Ryder-Jones - and there's a lot of really great grassroots electronic stuff that's exciting too.

Are there any artists you’re looking to collaborate with?

I'm hoping I can work with Massive Attack more in future. The big dream would be Kate Bush.

Have you any words of advice or wisdom for new acts looking to stand out and make themselves heard?

Make sure you have a fully-realised vision that people can immerse themselves in, and if it doesn't exist, spend time honing it. Musically, visually, aesthetically. Those are the things that make you stand apart and, as a music fan myself, they're the things that get me hooked on an artist.

I'm busy working on my second record, which will be out in the winter.

Listen to The Weight of Gold from Forest Sword's Engravings album.