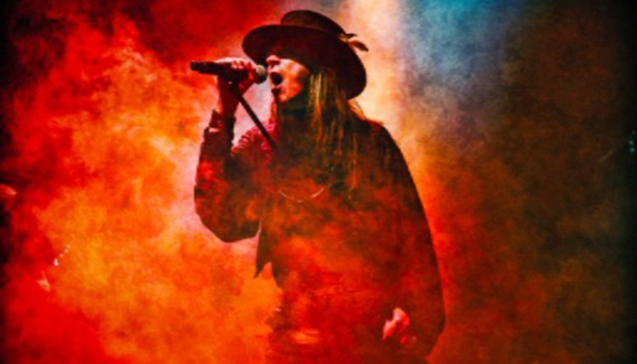 Fields Of The Nephilim

After what the band describe as an ‘annus horribilis’ in 2015, quintessential gothic rockers Fields of the Nephilim are back with a brand new single, Prophecy. We learn more...

After what the band describe as an ‘annus horribilis’ in 2015, quintessential gothic rockers Fields of the Nephilim are back with a brand new single, Prophecy.

It's their first new music since 2005’s Mourning Sun album, and offers an early indication of the labours the band are undertaking to create a brand new Nephilim universe for 2016.

PRS for Music’s Amanda Gentle talks to the band’s Carl McCoy and Tony Pettitt about their difficult 2015 and learns what goes into creating that distinctive trademark Nephilim sound...

It seems like you’ve had a year of catastrophes…
Carl: We have had a few shows moved around and a show at the start of the year that didn’t happen even though we were out there ready to play.

Tony: Most of the people working at the event abandoned it as they realised they weren’t going to be getting paid, including security staff, so if we had played it could have gone terribly wrong.

What happening with the band right now? When you’re writing, is there a particular process that you all go through?
Carl: No it’s just chaotic. There’s no formula and shows you where it going. What about you Tony?

What comes first for you, lyrics or music?
Carl: We normally get a vibe from something, just a noise, and sometimes it shows you the direction to take. We have always been quite experimental as a band since we started. We struggle to condense some of our music into a song as such.

Tony: Sometimes we’d start with a loop and just repeat it round and round and trance out. Then we’d start to find little changes within that.

What’s the longest piece of music you have come up with so far?
Carl: We did do some long versions of Psychonaught. Probably 20 minutes. Morning Sun is quite long actually. When it hits the 10 minute mark you have to say hang on a minute here (laughs).

Does anything else feed into the writing process or is it purely about feeling? Where does anger come in?
Carl: You have got to have an attitude involved in it. When we started out we wanted to fill a gap and we were a bit fronty about it. We wanted to have an attitude. It’s not about floating about like a lot of hippies. There’s the anger as well and you can’t have one without the other.

Tony: We came around at the end of the punk scene so we played with a lot of punk bands at our first gigs. You had to have the right attitude to win people over.

What’s been key to your success?
Carl: Not doing much (laughs)! We are for real and we have seen bands come and go but we are still what were originally about. I’ve not got what I want out of it yet. Life goes quite fast.

We are longstanding because people can believe in us, what we do and the experience. We did it for the lifestyle and because we wanted to play live and create music. You find a way of affording to do that. If you do it for money you may as well forget it. You have to sacrifice quite a lot and believe in yourself.

Tony: Some people fall by the wayside because they just don’t have the passion for it anymore. There’s no point in doing it for the sake of it. People says it pretty tough now but we found it hard in the beginning too.

What’s the plan for 2016?
Carl: We definitely need to put some new material out. It will be fresh material, not regurgitated. I feel quite excited about that. I still believe we have got the best music to come. We are going to do some touring on the back of that too.