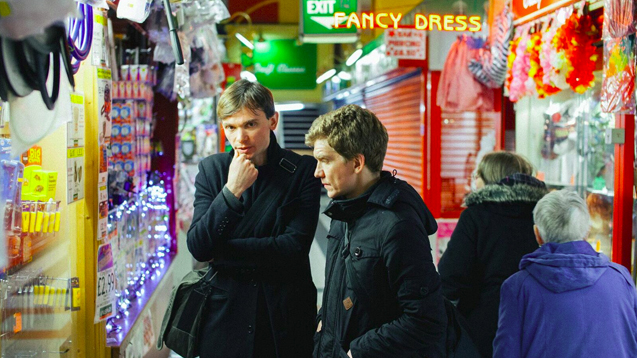 Field Music, one of the UK's most idiosyncratic pop acts, on new LP Commontime, songwriting and getting love from Prince...

With musical shades of LCD Soundsystem, Justin Timberlake and Lionel Ritchie all bubbling inside them, there are few more unique propositions in British guitar pop than Sunderland’s Field Music.

Siblings Peter and David Brewis are at the helm of the outfit, a group that have morphed over more than a decade of albums, solo works, collaborations and soundtracks.

Latest release Commontime is perhaps their most focused, most pop effort yet. It still ripples with idiosyncrasies, but shows off an unashamed love of choruses and classic rock in a way they’ve only hinted at before.

With the release picking up some serious love from critics and the band about to head out on tour, we quizzed Peter on the new record and their songwriting magic…

Listening to 7" records that my parents bought me when I was about three. They were the class of 1981 - Altered Images' Happy Birthday, Soft Cell's Tainted Love, Shakin' Stevens' Green Door and Dave Stewart & Barbara Gaskin's It's My Party. Oh and The Birdie Song by the Tweets. I never realised this before now but most of these records are covers. I do remember being allowed to play the records on all by myself. That was a thrill then and still is.

What made you want to start writing your own songs?

I don't think it ever occurred to me not to write songs. David and I were making up nonsense rhymes together when we were young kids. Even when we were in our pre-teens I remember trying to record hip-hop style things on a portable cassette deck. I remember getting a decent scratching sound from a quilt cover. I think perhaps even now writing songs is an extension of play for us - our way of messing about with lots of ideas and turning them into something else.

Commontime is your new album - what was the aim with the record? Are there any themes behind it?

The aim was just to have fun. I was desperate to get into our little studio and start trying some of the ideas I'd had over the past few years. When we first started we made records slowly, carefully and a little nervously. I don't think that's a bad way of doing things but this time I was confident that we could record in a more spontaneous way. There are probably a few themes running through the record. There are a few songs which are concerned with the move to a more adult world, where you're responsible for people other than yourself.

How do you approach your songwriting?

I'm not sure I have a single approach as it tends to manifest itself as a sort of ideas collage. I don't really separate the process of recording and songwriting, so the studio is the place where ideas converge and react against each other. I'm not the kind of songwriter who believes a great song should be played on an acoustic guitar. Generally I'll sit at the piano, pick up a guitar, scat a tune or even start at the drums and improvise. When I hear something I like I'll develop it and maybe start to add other things; rhythms, harmonies, counter melodies, whatever. I'll always have a dicta-phone or sheet music to hand. It's not too dissimilar with lyrics. I'll always be making notes - playing around with things I've heard people say or little thoughts I'll have. I tend not to think of them as lyrics but instead I'll write lots and lots of words, then edit them into lyrics. The bit I really love is when you go about combining all the little bits into something coherent. Or something that makes sense to me at least. 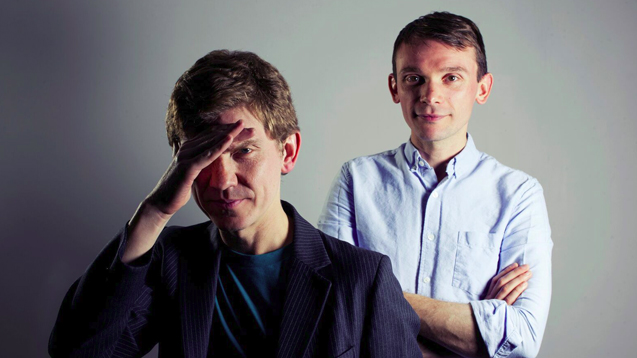 How have you grown as songwriters since you first got together?

We're always trying to make ourselves do new things and to ask questions of ourselves. Some of the ideas we had four or five years ago we're only just figuring out how to do them. That comes from working out how other people have done things but also a lot of it comes with experimenting with what you think people haven't done. Saying that, we tend to not want our music to sound self-consciously experimental.

Who has the final say when you are working on music?

Whoever came up with the initial idea has veto. We're a revolving dictatorship.

What does it feel like to get some love from Prince?

The very idea that Prince has even heard our music is hard to get a handle on. I know it's easy to access anything that's out there but how Prince came to hear our stuff I'd be very interested to know. That he seemed to like it and perhaps even heard a little of his influence in there makes me very happy. Prince is one of the true greats and he's had a big impact on our music.

Is it harder now to sustain a career as a music maker now than it was when you started?

It's hard to tell. When we started it was very hard to even call it a career. We didn't have much money or hype behind us back in 2005. Very few people bought our first two records or came to see us play so we supported ourselves with other jobs. Over the past 10 years things have gradually changed. We have, with the help of our great record label, promo team, booking agent (and some very supportive DJs and advocates), found more of an audience. The other thing is that we record, produce and master the records ourselves, and we drive and manage ourselves on the road. With that we've become a sustainable little enterprise. We see that level of involvement and control as part of the whole creative process.

I know it's different for everyone and it won’t suit some people but my recommendations to musicians trying to make ends meet would be to a) Do as much as you can for yourself b) Support yourself however you can to make the music you want to make and finally (the tricky bit) c) Find a way to get your music out there.

You can put your stuff up on iTunes, or SoundCloud, or even pay to get records pressed but you need to let people know about it.

People who can translate the raw materials into a great record or great performance. I still really rate The Beatles as a songwriting/arranging/record-making team, (George Martin and the various engineers included!) Their ability to draw upon the things around them into something which is uniquely theirs sets a standard. I think a writing/production team like the Neptunes is a more contemporary version. I also really admire bands who are able to compose together, again bringing in a wide range of influences together but in a seemingly democratic way. I'd like to think Led Zeppelin did that kind of thing and I think I can hear it in a band like Deerhoof. Even with the great songwriting teams that I can think of: Holland/Dozier/Holland, the Gibb brothers, or even Stock/Aitken and Waterman - their songs manifested themselves as great records.

Have you got any tips for new songwriters?

Visit field-music.co.uk for more information. Watch the video for The Noisy Days Are Over from Commontime.