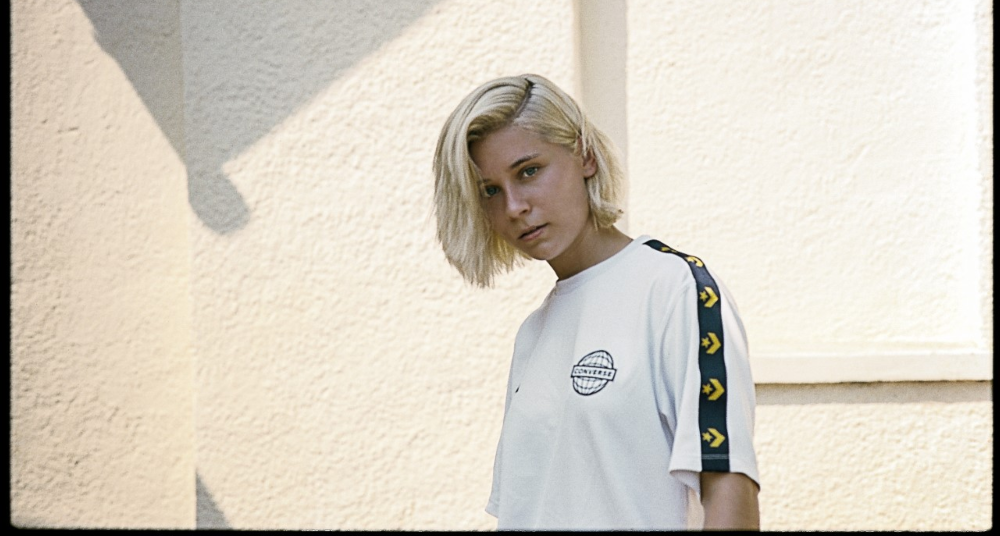 Winning the prestigious PRS Foundation Lynsey De Paul award at the tender age of 15 brings with it high expectation, and could have been an overwhelming start for a young songwriter. But Emma McGrath used her financial gain and her level headedness to begin navigating the industry and honing her craft, helping to develop the next generation of musicians along the way.

M Magazine caught up with Emma to find out what she’s been up to since her buoyant awards performance at PRS Presents six years ago; discovering how teaching has given her purpose, how her writing has evolved and how being a part of the LGBTQ+ community has impacted her career.

It was pretty cool. I wasn’t really expecting it but it was helpful because I was trying to do some recordings at the time. It meant I was able to be to pay for those myself with the help of PRS. It was also a good platform to get my name out there.

What kind of opportunities did winning the award open up for you?

I think it boosted my presence to publishers a little bit more. I remember around that time loads of publishers and management companies were messaging me. I learned a lot about the music industry around that time and that was useful. I didn’t sign [a publishing deal] until I was 18. I got into a lot of cool sessions and I'd never done writing sessions before, so it was nice to start doing some of those and seeing how that worked. I still probably needed to learn how to write on my own a little bit more.

What have you done in the last six years since you won the award?

I left school at 16 and started doing music full-time which was exactly what I wanted to do – I hated school so much I begged my parents for years to be home schooled. My drummer at the time, who was my best mate, taught little kids. When he left for university he said, ‘Hey, do you want to take on my students?’ and I said, ‘Absolutely!’ That was when I was 17. I love being with little ones and teaching them music and inspiring them. Seeing a difference in confidence with some of them as they progress and learn makes me feel really privileged.

I was pretty depressed and teaching changed my life a little bit – it gave me structure. I got a job at a local school doing breakfast club. I’ve gone through some ups and downs – I’ve released quite a lot of music. There was a couple of years where I did loads of co-writing sessions and then in the last couple of years, I've been more interested in writing on my own.

I've gone from being very interested and involved in the music business side of things to being more bothered about writing music that makes me happy. Ultimately, I guess if I enjoy it, other people will enjoy it more. I’ve released a few songs that weren’t necessarily me, that being said it’s been interesting to explore different kind of styles. I learnt a lot from working with different people and seeing how they work. My whole musical journey has been based around people.

When did you realise that you could first write songs and you took an interest in songwriting?

I picked up a guitar in year five at school so I must have been nine or 10. There was a little guitar club at school. I'm pretty sure it's just because I wanted to be better than everyone else in the club! All I did was play guitar constantly. My dad plays a little bit. I would go [to my dad] to ask for a new shape to learn, a new chord, a new little technique.

Playing guitar goes perfectly alongside writing music. A guitar is always there, it’s not like a piano where it’s in one room. My guitar is always with me. My little brothers have learner guitars so whenever they’re in the playroom and they want a bit of a nursery rhyme singsong we just pick up the guitar, they hand it to me and we play some songs.

I was quite a shy kid, I didn’t really talk much. I’ve always struggled to say what was in my head, as soon as I realised that I could play guitar I put some words to it.

How do you feel your songwriting has evolved since your debut EP The Judgement?

I've taken it (the EP) offline! I guess I'm proud of it, but I took it off because I just sounded so young. I sound so different now, but it just felt weird to have that up there.

[My songwriting] has progressed. It has taken three EPs to figure out what I want to do – when you look across the songs on those EPs, they’re all very different. There are some upbeat ones that are band-y, there’s pop tunes, there’s acoustic ones which are just me on the piano. It’s taken a long time to figure out what my sounds is.

Do you have one work that you are particularly proud of?

That’s hard question. They all sit in such a different sonic space and they all mean something to me. Paradise, taken from the most recent EP, is quite a special song. I think it defines the kind of style I’m going to go into in the future. That anthemic feel with layered vocals at the end with strings sounds epic. I love that sound – it just makes me feel good.

You've been quite open about your sexuality and queer representation in music. Would you say in the six years since you won the award you've become more expressive in your identity?

I don't think so, I think it was always something that was assumed about me because I had short hair. It was something that people decided which just happened to be true, so I just went with it. It’s never been something that I’ve needed to say because that is me. It doesn’t make my music any different, it’s just who I am.

I understand the importance of being out about your sexuality as it is important for other people to see as not everyone is in tune with themselves. That said, I’m also a strong believer in the fact that you don’t need to know who you are. Don’t stress if you’re gay or not gay or you think you might want to be a boy but you’re a girl, it’s okay. Just sit with those emotions, don’t let them stress you into making a decision about who you are. I’m a strong believer of that. It’s alright to have a bit of mystery behind it. Be whoever you want to be.

Would you consider yourself a role model for young LBGTQ+ people?

Being LGBTQ+ and female in the music industry has helped me. I feel like I wouldn’t have had as many opportunities if I wasn’t. I hope people can look at me and think it’s alright to be who they want to be. I hope I have a positive impact on people. People do come up to me and talk about it sometimes at shows, which is really good. I can let them know it’s alright and that they’re not the only one out there.

I’m very lucky. I live in a very lucky time – all the people that have come before me and have struggled with being a woman in the music industry or LGBTQ+ – I am in the industry thanks to them. I’m allowed to do what I do because of the platform they have created.

Can you tell me a bit more about your most recent EP, Silent Minds Part 3?

Getaway Train is the oldest song from all of the EPs. I recorded it in my room when I maybe 13 or 14. It took me a while to come round to the idea of putting it on as it quite a personal song. Say Something isn’t one of my favourite tracks but I do like it. It’s about talking about how you feel. I really like Mad About It. It took me so long to write. We went through a lot of different versions, and the last part I came up with was [the refrain]. It has the same anthemic ending as Paradise. The same guys that produced Otherside on the second EP did Mad About It. They are amazing with rhythms, some of the drums they used were just perfect. Paradise and Mad About It are probably the style that I will carry forward.

You’ve been doing a lot of live streams on Twitch recently – would you say it enables you to engage with your fanbase whilst you’re unable to perform live?

I did an Amazon session, and it was really nice. It’s such a nice platform, it’s so friendly, it is probably the closest thing to a community you can get on social media, I think. I’ve never been a big social media person. Twitch is nice, it’s more of a chat rather than ‘I’m writing you a paragraph and I’m putting a picture with it.’ You can be more casual – it’s just spontaneous.

I do a Twitch every Friday. You just kind of roll up and play some songs and have chats and stuff like that. I’m excited to get back with my band if I’m honest.

What’s next for Emma McGrath?

I would love to do an album, but I don’t know if we will because they're expensive. We’ll have to wait and see. I’m kind of just focussing on bringing a collection of songs together that are sonically fitting. I need to focus on deciding what kind of music I’m making. Lots of new music, some live shows and hopefully a more defined sound.