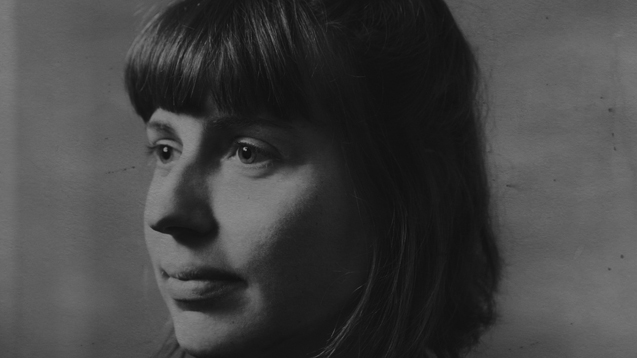 We quiz Brighton-based harpist and songwriter Emma Gatrill on working with Rozi Plain, Laura Marling and her latest record, Cocoon.

Emma Gatrill is a multi-instrumenalist from Brighton utilising the musical power of the harp as the main weapon in her sonic armoury.

After various stints collaborating with a range of artists including Laura Marling and Matthew and The Atlas, Emma has chosen to channel her classical training into her own solo endeavours. It’s an intricate and fragile one which has lead to comparisons with the likes of co-conspirators Rachael Dadd and Rozi Plain.

Her latest record Cocoon follows 2012 debut Chapter I and marks a big creative leap forward seeing Emma draw on a wider creative palette from orchestral strings to drum machines and vibraphones. We caught up with Emma to learn more about her music, the new album and how she fell under the spell of the harp…

I guess it was a cross between my folks and my first teacher Jane. My parents told me that when I was a child if a song came on my grandma’s TV then I would stand directly in front of it and dance. So when I was about four they took me for my first piano lesson. From then on I carried on learning music classically, studying piano, clarinet and singing throughout my teens.

The first song I ever wrote was with my sister when I was about 14. She played the guitar and I sang so we wrote a four chord teenage rebellion doom song while sitting in an orchard … a funny mish-mash of images there … but I didn’t really start to write my own songs till I was 18.

I was actually quite shy about singing and playing in public - ironic really after all my years of classical training but I was. It was only when I met my friend Jim and we started playing and writing songs together that I really started to make my own music.

Your debut LP - Chapter I - is based around the harp - what drew you to the instrument?

When I was younger I always wanted to learn either the harp or the marimba, both of which are huge cumbersome instruments!

I went to a carboot sale when I was at university and saw someone selling a little 21 string lap harp. I decided that day to just buy it - so I went to the cash point to get the money and when I came back the harp had been sold to someone else. I was so gutted and couldn’t shake the feeling for weeks so decided it was a sign that I was supposed to buy one and teach myself.

How do you approach the creative process? Have you a method to take on your music?


I can’t force myself to write a song - sometimes they tumble out quickly, sometimes they take their time. I do a lot of writing, not necessarily in the aim to write lyrics, but I like it and find it clears my head. With songwriting I usually start with the harp, ideas come from noodling, the melody and lyrics come later.

If I have a harp idea but I’m not sure what the song is about yet I like to record it and go for a walk. The melody comes next but often the melodies and lyrics come together, I like the sounds different words make.

Cocoon is your second upcoming record - could you explain a little about it?

I wrote some songs and then realised I had enough material for an album so recorded it. I decided to call it Cocoon because the album, like a cocoon, is made up of lots of different threads/stories woven together like the songs to make the record.

Cocoon, like Chapter I, is still based around the harp but my sonic palette has grown wider. Over the last five years I have started delving into the world of synthesizers and playing with Marcus Hamblett - who has the biggest pedal board out of anyone I know! It is interesting to explore the textures that these clever gadgets can create.

The LP is coming out on Japanese label flau - how did you hook up with them?

It’s a lovely coincidence actually that on the day I started to record the first track off this second record Yasuhiko from flau wrote to me for the first time telling me loved my first record and he’d love to work together at some point.

You’ve played with a host of other artists - Laura Marling, Rozi Plain and Kristin McClement to name a few – how have these experiences influenced your solo work?

It’s amazing to play with other musicians – I truly love it! There is so much to learn from everyone, seeing similarities and differences, how other people work, it’s definitely very inspiring. It has allowed me to meet and make friends with other musicians I might never have met.

I’ve got a few tours lined up with some other artists but hopefully to also play lots of my own shows. I’m really really hoping, fingers crossed that I will have a chance later in the year to do a tour in Japan! Rachael Dadd, who I sometimes play with, has moved out there with her husband Ichi so perhaps we can have a dream Japanese tour all together.

I also really want to do some more collaborations with people so if you are out there and interested get in touch!

Have you any wisdom for new artists looking to take the next step in their careers?

Enjoy yourself, don’t get bogged down with worrying about how you are going to do things. Just have a go, make music, write songs, meet people, play together, learn and be inspired.

Listen to Cocoon below. The album will be released on 17 March.