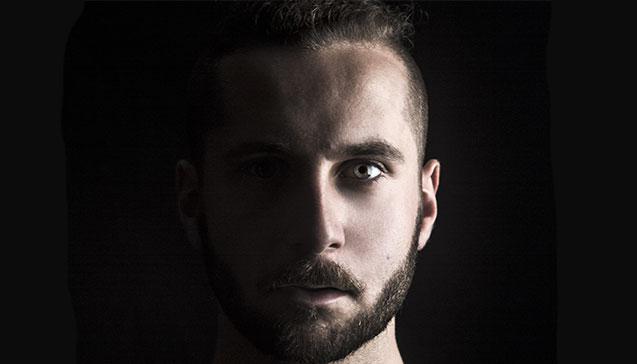 'The experiece taught me you don’t need to inject a whole lot of cash into a song to become a success, which is a great place to be': Elderbrook on his Ivor Novello Award-nominated track Cola...

Elderbrook is Alex Kotz, a UK artist, songwriter and producer, who’s minimal electronics and way with a melody have quickly elevated him to household name status.

He officially arrived last year with the huge house track, Cola, which he co-created with Scouse DJ/production duo Camelphat.

The Grammy Award-nominated song topped the Billboard Dance Club Songs Chart, and soundtracked the summer across Europe and beyond.

Today, the track was nominated for the coveted Best Contemporary Song accolade at the 2018 Ivor Novello Awards.

We grabbed five minutes with Alex to find out how he feels about it, how the record came together and what doors it’s opened for him…

What does it feel like to be nominated for an Ivor Novello Award today?

Absolutely amazing. They know what they’re talking about, so I feel very honoured to be considered as a nominee for Best Contemporary Song.

What do The Ivors mean to you?

I was always aware of the awards growing up and to be one of those people who’s been nominated feels very surreal to be honest.

How did the track come together?

Camelphat, the DJs I wrote it with, are from Liverpool. They came down to London to work with some singers and I was one of them. We had half a day in the studio and wrote three songs – Cola was one of them. I really didn’t think much of it at the time to be honest, we really didn’t know. One of the guys from Camelphat texted me about a month or so later to tell me Defected wanted to sign it. That was great, but I never anticipated the reaction that it got on its release. It’s been surprising me ever since.

Cola came together in little time, with very little cash, and was heard by millions within weeks – what does that creative freedom feel like?

I guess the experience taught me you don’t need to inject a whole lot of cash into a song. It’s a consumer-led market, which means people who don’t have much money can just put something online and if it’s good it will get the reaction it deserves – which is a really nice place to be.

The track got nominated for a Grammy Award last year too – what was that experience like?

It was great. I got so many opportunities out of it. I did a headline tour of the States, I’m supporting Bonobo on his upcoming North American tour. It gave me loads more opportunities to do better things.

What makes a really classic song?

That’s a difficult one because I like listening to music from every single genre under the sun. I couldn’t say one song… But Sam Cooke has definitely influenced me along the way. It’s where I learned about melodies.

How did you get into songwriting?

I always wanted to write stuff, even when I was learning to play guitar as a teenager. I didn’t want to play other people’s songs so as soon as I learned three or four chords I started writing my own songs. I’ve slowly got a bit better over the years – the first one really wasn’t great!

Are you going to work with Camelphat again?

I’d love to at some point down the line. I guess after how much Cola exploded we need to regather separately before we venture into a new project together.

I’m going to Australia in the summer, which I’m very happy about, touring with Bonobo in the US, I’ve got a single coming out at the end of May with Parlophone Records. I’m really excited to release something else again.