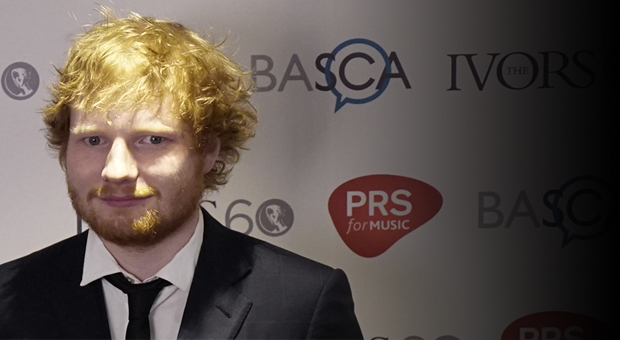 In an era of dwindling record sales, Ed Sheeran’s vital statistics are remarkable.

His sophomore album x, which was released in June 2014, had sold more than 1.7 million copies before the year was out and is now well over the two million mark.

But it's no fluke. Ed’s debut set + has shifted more than eight million copies since its release in 2011, and there’s every indication x could match it.

Meanwhile, his upcoming three-night residency at Wembley Stadium will see him performing to crowds of 80,000 at each show.

The secret to his global success and phenomenal sales record is undoubtedly his writing talent, which has the ability to touch millions of people worldwide.

At the 60th Ivor Novello Awards he was rightfully honoured for this rare skill, receiving the formidable Songwriter of the Year gong.

We caught up with him on the red carpet and in the green room to find out about his biggest rock star moment so far, what’s in store for his Wembley residency and why it’s cool to get props from Elton John…