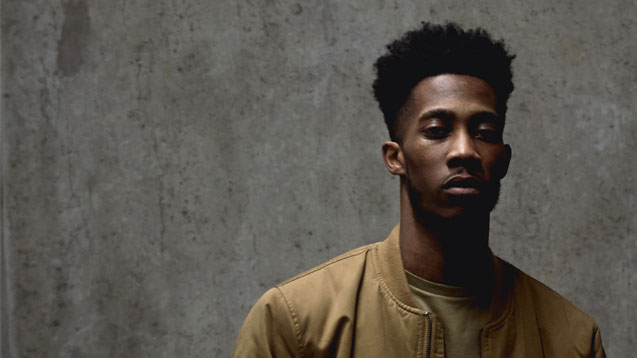 This week, XL Recordings' New Gen alumni Dotty unleashes his ace new project A Collection of Sounds, which spins on RnB, alt rap, hip-hop and trap. We get the skinny...

The album captured the best new sounds emerging between the cracks of trap, grime and new wave RnB – a snapshot of London’s underground on the cusp of going mainstream.

Many of its contributors, including AJ Tracey, Tiggs Da Author, Nines, J Hus, Kojey Radical and Ray BLK, are now having their moment, with Dotty stepping up to the plate to take his share too.

Over the last 18 months, he’s released a few knock-out tracks, see Behind Barz and Thoughts, loading his flow with deep introspection and a gentle touch.

Now he’s gearing up to self-release A Collection of Sounds this Friday (13 April), a new project which spins on RnB, alternative rap, hip-hop and trap.

I got into music from a young age from growing up in that kind of environment, but I would say I knew I had a talent from about 14 but only took it serious from last year.

My biggest Inspirations are my mother & daughter, they make me want to go as hard as possible so I can secure their futures. In music, I would say A2, Bonkaz and Wretch 32. A2 and Bonkaz as I grew up with them and have seen the way they've both elevated in their own lanes and Wretch from growing up listening to his crazy lyrical ability.

How do your songs start life?

It depends, I like to write my freestyles without a beat as those are more of just my personal thoughts, so something might pop into my head at random parts of the day and I’ll just carry on from there or if it’s a song if the first 10 seconds catch me then I know I can work with it.

The best piece of musical advice I would say I’ve been given so far is to not watch the progress of your peers and measure it with yours as everyone’s timing is different. I think that’s what’s kept me humble.

What was it like to appear on XL’s New Gen and how do you think it’s helped your career?

Appearing on the New Gen album was like a kickstart to my career as I wasn’t focused on music seriously before that. It let me know that people out there actually like what I’ve got to say and want to hear more.

What’s the thinking behind the upcoming A Collection of Sounds project and what can we expect from it?

London Living Collection of Sounds is basically my official entrance into the scene: it’s my first project and with this I wanted to put all of the different kinds of sounds that I like to create all in one so people can understand me a bit better and to also remind people don’t put me in a box I’m versatile.

How important is collaboration to you?

Collaborations are important as it allows you to work with someone else who has the same passion you have and create something that could be remembered for a lifetime. At the same time, I think it’s even more important to find yourself and let people know you before too many collaborations; this is the stage I’m at now.

If I could read the future I’d say, at least one festival appearance, more music, more videos, another project and London Living being recognised on a wider scale. We’ve got some plans, so stay locked and you won’t be disappointed.

Dotty's London X Living: A Collection Of Sounds is out on 13 April. He's launching the album at Relentless Studios, London, tomorrow (11 April).