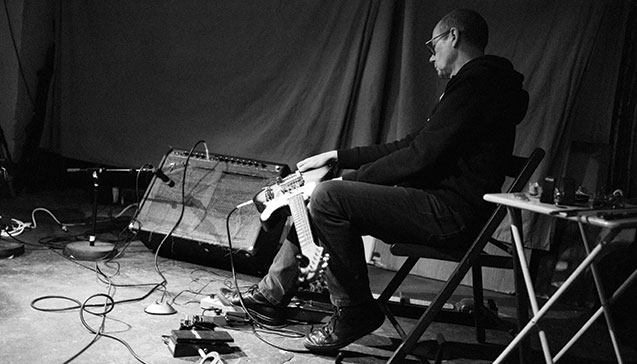 'Found sounds and field recordings help us cross that gap we feel divides us from other creatures:' sonic innovator and Bjork-influencer David Toop on the music outside music...

‘In a way, it’s a story about music becoming overtly responsive to what is outside it,’ says sonic experimenter David Toop. He’s discussing the effect of found sound and field recordings on our musical present, and how a glut of artists have co-opted these noises into their work this year.

‘These sounds help us to cross that gap that we feel divides us from other creatures, other entities, other species. So, it’s a very important step, I think,’ he continues.

Plenty of others agree. From electronic producer Bonobo’s top five album Migration, which incorporated recordings of Moroccan gnawa musicians and sounds from his travels around the world – including an elevator in Hong Kong – to Bjork’s epic Utopia album, the world at large has never been so inspiring.

David, who’s been recording and incorporating the ocean of sound outside his studio window for more than 40 years, directly influenced Utopia says Bjork, and no doubt countless others who have heard his music and read his books.

Here, he tells us about his own personal relationship with found sound, why a new generation of musicians are so excited by it and how it has changed our understanding of what music is…

What’s your relationship with found sound?

I grew up listening to music, like anybody else. Then at a certain point in my teens I came across an album of wildlife recordings from Africa. I was listening to that alongside all the music, and found it just as interesting.

When I got into my early twenties, it developed into serious research, and I began to think about the idea of non-human sounds, or non-musical sounds, being music in their own right.

I got interested in bioacoustics - animal sounds, birdsong, the sound of marine mammals, fish, all kinds of things – and the way they were incorporated into music: there was a sense of a communication between humans and non-humans. That all fueled my own experimentation.

When did the term ‘field recording’ become part of your vocabulary?

Nobody was using the term in those days. There were a lot of recordings available of animal sounds, and also some of urban sounds, but they were seen as almost novelty records or scientific records.

Then, in the early seventies, the notion of field recording started to come into focus. Really for me it was a convergence of different strategies in a way. On the one hand there was the research interest, and on the other hand some very primitive experiments into recording environmental sounds.

How would you describe the difference between found sound and field recordings? Is there even a difference?

Yes, although they can be the same thing. Field recording is a description of a particular practice these days: you’ve got very talented, specialist people like Chris Watson recording environments. Although I don’t like the word ‘environment’, because it suggests something outside of ourselves.

One of the recent trends in field recording has been to think in the opposite direction. To think of the listener and the recordist as very much part of the place and the sound world. Back in the old days a sound recordist tried to create recordings in which they pretended they weren’t there (laughs).

There’s not necessarily any particular expertise in recording found sound. It’s just finding an interesting noise that can be used in some way. That’s the essential difference.

As a musician, what’s the appeal of found sound and field recordings?

First, when I was starting to record things in a very basic, primitive way, I was just excited by the tape recorder, which back then was an unusual thing to have!

Then, in the early days of using a computer to make music, I remember thinking the process was a little bit claustrophobic, and that everything was locked into the screen somehow.

I opened the window of my studio, stuck a microphone out, and recorded whatever was going on – the outside world became a track within the track. It was like letting air into the process, and it was random. It literally opened a window onto the whole studio situation. 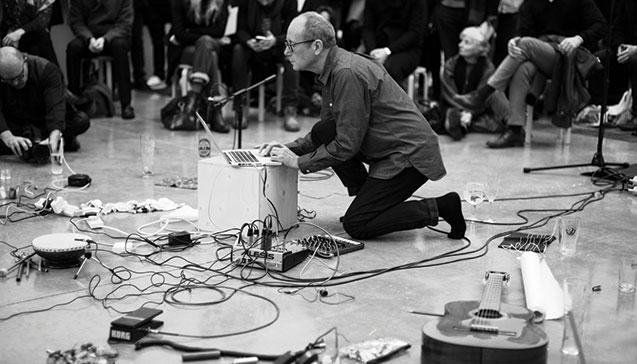 Do you think that makes the music more relatable to the listener?

For me, there was a point where instruments, in the conventional sense, were not enough. As I was hearing all these other sounds I was beginning to think that they were really fascinating, and they had qualities that didn’t exist in instruments. To some extent you can try to bring those in. If you're listening to the sound of the wind in a tree, or you're listening to birdsong, and you're a flute player, then you can begin to incorporate those. I was a flute player, and that’s what I did.

Field recordings and found sounds help us to cross that gap that we feel divides us from other creatures, other entities, other species. So, it’s a very important step, I think.

How have they changed our notion of music over the years?

In a way it’s a story about music becoming overtly responsive to what is outside it, as opposed to the concert hall being very self-contained, very detached, and the music itself being separated from the rest of life.

You saw many different examples in the 20th century of an attempt to cross that divide, and incorporate these other sounds, these supposedly non-musical sounds, into music.

There had always been attempts to mimic, say, birdsong or animal sounds in music. But the big difference in the 20th century was technology. It became possible to record sounds from outside. The fact that these noises also began existing as recordings suggested you could use them as they were – not by imitating them with an oboe, but by actually bringing in the sounds themselves.

There’s a very famous example of John Cage writing 4’33”, which is a strange and complex and difficult piece, in a way, but in another way it’s an extremely simple piece.

It’s a framing of listening within a setting, where you’d normally expect to hear music that’s deliberately separate from the environment: a shocking gesture in one sense. But in another it forces the audience to listen to the world around them, and consider those noises as performance.

Why do you think field recordings from musicians around the world are becoming so mainstream in British music?

I think it’s partly because of the growth of so many nationalisms now, the resurgence of right-wing movements and really outspoken racism.

Just look at this neo-Nazi KKK thing which is going on in America, or the resurgence of neo-Nazis in Germany and Austria, or what’s happened here with Brexit. It’s almost like we’ve gone backwards from how things were in the eighties and nineties.

It’s frightening. It’s like a wake-up call that you can never sleep on these things. There are always forces in society that would like to go back to those white supremacist times – they have a nostalgic attachment to it.

If we go back to Debussy at the end of the 19th century, he said that Javanese music is in some way superior to European classical music. That statement, which was a real watershed moment for European music, must be continually defended. I think this current interest in so-called ‘fourth world’ and hybrid music forms is really a reassertion of what that means.

This desire for separation, this desire to reaffirm the superiority of European and Nordic white culture, is extremely dangerous, and it has to be attacked on many different levels. It can’t just be a political thing. We know that music is very powerful, because people are very emotionally susceptible to it. It’s a benign weapon that can persuade people and change their minds.

So that’s one theory on the growing popularity of these sorts of field recordings. I also think it has a political purpose, which is to reassert the possibilities of people working together.

This interview forms part of Found Sound, an upcoming feature in the next print edition of M magazine.