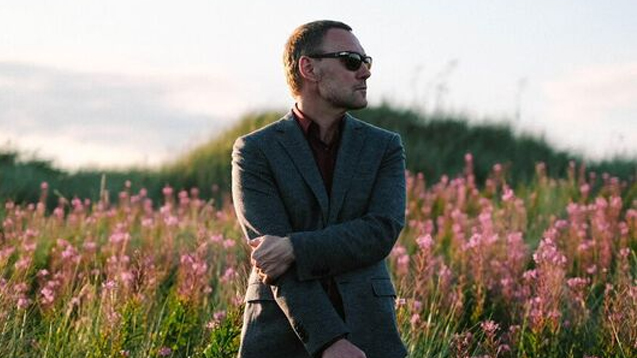 ‘It’s okay to look back at the past when the future feels so bright’ - singer songwriter David Gray on fame, fortune and where he’s heading next…

‘It’s okay to look back at the past when the future feels so bright’ - singer songwriter David Gray is reflecting on a musical career that has enjoyed and endured a peculiar on/off relationship with the mainstream.

Best known for soundtracking the early noughties with White Ladder, the record brought him huge, global success but came after some years spent honing his musical teeth on the UK’s small gig circuit. In between times he has released some brilliant, under-appreciated collections of music, no less his 2014 LP Mutineers, showing off a more soulful and eclectic side to his songwriting.

Now enjoying his 25th year in the music business, he’s just released his Best Of..., which as well as arriving in physical formats, will also see life as a dynamic Spotify playlist. This will change weekly to reflect the most streamed songs in his entire catalogue, an innovative way of showcasing the depth of his songwriting nous.

How did you start your musical journey?

My earliest musical memory is of my parents playing records from people like the Beatles, Cat Stevens and Elton John back in the early seventies. The first single I bought was I Don’t Like Mondays by the Boomtown Rats, then shortly after I discovered Madness. In my teens I found indie music, then Dylan, Leonard Cohen, Tom Waits. I moved through the gears of songwriters as I started listening to more esoteric eighties music, like Talk Talk and This Mortal Coil. That’s how I started but the things that struck home hardest were Madness and Bob Dylan. They both stopped me in my tracks.


I loved writing poetry at school and it was just a natural step adding words to music, especially after hearing Dylan. He made it seem so accessible, just a few chords and a harmonica. He’s hardly the most technical player, it was just the barest frame for the colour of his words and that’s what entranced me, plus the bands I was listening to, like the Cramps and the Cure. Initially it was learning guitar and making some noise, then writing came later.

What was your break with songwriting?

I had bands at school and art school - our first demo tape was really exciting. That got into the hands of an A&R person who became my manager. It didn’t take long for the dots to join up and the journey to begin in earnest off the back of those songs. I ended up moving to London in pursuit of a deal. It all came together in a relatively swift way - I finished at art school, then moved to London with a publishing deal, then started trying to get a record deal in the early nineties.

You went on to enjoy some huge success - how did it happen?

Well it was against the backdrop of a good many years where nothing seemed to happen at all. What saved me was Ireland and the passionate support that my early music secured there. I could play bigger crowds and a sense of purpose about what it was I was doing. I’d play gigs in England and America and they’d be soul destroying events. There would be glimmers of light when things went well but the support tours were difficult. It was Ireland that kept it going. We released White Ladder on our own label and had seen it work in Ireland so were flooded with a sense of belief that at last we were going to win, that the door was going to open a crack and that we were going to get a foot in it. When it did start to happen - it crept up the charts, Babylon reached number five and we were on Top of the Pops - it was an incredible feeling. Finally it was happening - just the ascent from the toilet tour of the UK, the endless loop of shitholes to play to venues with people in them and toilets with hot and cold running water.

How did it feel after so long in the business?

It was an amazing feeling. I was blown away by the whole thing, partly because it had taken a while and it was against the odds. There was never a lot of journos tipping us - it was a heartfelt thing and people connected with it, it was a word of mouth success. That was the story. But it was tricky waking up and suddenly being a household name. I remember taking a ticket at the deli counter at Sainsbury’s and I never got to ask for what I wanted as I got swamped by people. I freaked out.

Fast forward to now - you’re gearing up to release the Best Of...  - where’s your head at musically?

Yes I’m really excited about the tour - I’m always looking at ways to open the music up and this time, it’ll just be the barest essentials, piano, guitar and me, just looping and effects. So there will be an air of creativity and excitement to the gigs. Ticket sales have been really strong which has been encouraging. This latest Best Of... release was suggested and seemed to make sense to showcase some new music and book end recent work. It’s a way of bringing new attention to the catalogue.

In terms of the future, I’m in the thick of writing a new record and finding it hard to put it down. I reckon the new album will be finished by Easter and will be coming out later next year. It was hard work cracking the music open on Mutineers, the last record, but it’s almost like the heavy labour that went into that has opened a whole world of endless possibilities. I’m loving the writing process and creating tonnes and tonnes of music. I think I’m making some of the most uplifting music of my career, this new record has a certain bounce and energy to it.

What else is next alongside the gigs?

I’m looking at other ways of releasing music that doesn’t make the album, not because it’s less strong but because it doesn’t tie in as well. I have a lot of material accrued over time which I feel might go to waste otherwise. I’m in a very rich creative period, as strong as any point and there’ll be a huge surge of new music coming out over the next few years.

It’s all that I can ask for, to feel as connected as I do to what I’m doing. I recorded my first single 25 years ago and that’s a long time ago. I don’t often do it but this has been a proper look back with the release and the tour. I guess it’s okay to look back at the past when the future feels so bright.

David is on tour in December. Listen to his new track Smoke Without Fire below...