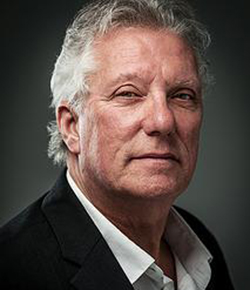 Grammy Award-nominated songwriter and producer David Courtney has written for Leo Sayer, Roger Daltrey, Gene Pitney, Dollar and more. With over 30 million global record sales under his belt, we find out what's behind his songwriting success...

Together, the pair created enduring international hits including The Show Must Go On, One Man Band and Long Tall Glasses, conquering pop charts around the world.

Now working with Russian singer Marina Kapuro, and with a double album anthology out, we spend some time with him to learn more about his songwriting success…

When did you discover you could write songs?
I was the drummer in a band from the age of about 14, 15 through until about the age of 18. When that band finished and I came back off of the road, I had a little mini piano and I used to go to it every day and just teach myself chords. It started to develop then. Before I knew where I was, I was into it and writing songs.

How has your songwriting developed since those early days?
It didn't come from any formal training, which is the case with a lot of people, including even Paul McCartney. He never read and wrote music, and the guys in the Bee Gees and all that. They all came from a similar sort of place as I did, really. It was the passion in you and the inspiration that you felt welling up inside of you that made you create. That was it, really.

When did you get your first break?
That happened in 1972 when I discovered Leo Sayer and started writing with him. He was the vehicle. You could have a great song but you need the great voice to go with it to perform it and bring it to life - and that’s exactly what happened with Leo.

Did you ever want to perform as an artist?
Well I did, yes. In 1975 I had my first solo album out, which did very well in America. But I was never the front guy, I’ve always been the writer. I’ve worked with so many artists with great vocal ability like Leo and Roger Daltrey so unless you can come up to their par you tend to shy backwards.

Songwriters get known for a certain style or unique way of doing things. What’s yours?
I’m a melody man. I have the ability to come up with very strong melody lines, and I did with the likes of Giving It All Away and The Show Must Go On and all of these songs. So that’s really my forte.

I do write lyrics now. In those early days I would automatically write one or two lines to go with the song and then hand it over to Leo who would then complete it and write the lyric.

Nowadays I do the whole thing myself. I’ve found, funnily enough, that my lyrical writing has really developed and I’m very pleased with what I come up with now. It was never my number one thing.

You’ve worked with loads of great people as a producer and a songwriter as well. What makes a really good collaboration?
It’s a chemistry, to be honest. It’s what made great partnerships like Lennon and McCartney and Elton John and Bernie Taupin. I guess you could put it next to when you fall in love or get married. There’s that magic. There’s something that goes on between two people in songwriting that just really strikes a chord, so to speak.

Do you have any tips for easing that relationship along?
You’ve got to be flexible and open-minded to new ideas when you’re working together. It’s not going to work if you shut the door and don’t allow the other person to have a creative input. The same thing applies when you’re producing as well. I’ve always found that when I’m working with musicians, it’s best not to dictate to them. Allow that creative freedom to flow between you and the other person and you’ll find it’ll work.

You’ve recently put together an anthology of your work. What was that experience like?
My 50 year songwriting celebration was coming up, and I thought it was a big achievement. At the same time I was writing my autobiography, which is coming out in the New Year. I’d put on a piece of music while writing it, to help transport me back in time to that moment. Music is fantastic for that and it really helped drive my choices for the album.

Is there a moment from all of that that really stands out?
Yes. It was never the money that drove me to doing it. It wasn’t being played on the radio or appearing on Top of the Pops and Old Grey Whistle Test, although all of that was fantastic. The real big buzz for me came when I was in Brighton, which is my hometown, and I was on my way to a local club. As I walked down a passageway I came face to face with two drunken sailors. They were arm in arm having the best time in the world and they were singing my song, Giving It All Away. That’s really what it’s all about, because I’ve touched people’s lives who don't know me, I’ll never know them, but that’s the power of music.

Have you got any tips for upcoming songwriters?
If you just want to be a songwriter, like I was, then you need to find a vehicle for your songs. Also, you’ve got to keep going and keep banging at the door, because it’s so easy to give up. It really is.

http://www.davidcourtney.co.uk/
Features
Back to top
Close