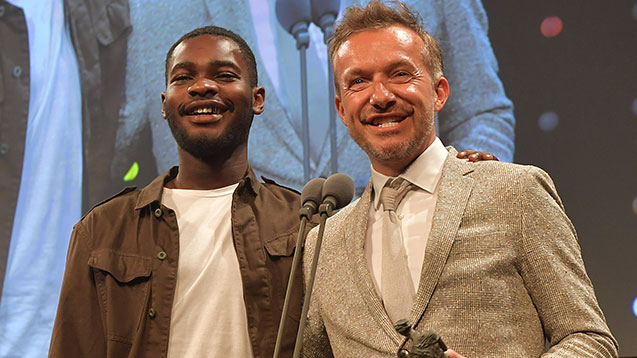 ‘I would say I’m mildly political, but I think I was feeling spicy when I wrote Question Time!’ rapper Dave on how he and Fraser T Smith penned their Ivor Novello Award-winning track.

‘I would say I’m mildly political, but I think I was feeling spicy when I wrote Question Time!’ laughs South Londoner rapper Dave on his Ivor Novello Award-winning track.

Despite only just coming out of his teens, he took home one of the ceremony’s top accolades – Best Contemporary Song – for the seven-minute scathing political put-down he co-wrote with songwriter/producer Fraser T Smith.

It was definitely the outsider in a category dominated by Stormzy’s Don’t Cry for Me and Camelphat’s dance smash Cola, but its triumph didn’t go unnoticed.

Billy Bragg, on picking up the PRS for Music Outstanding Contribution to British Music Award, said: ‘It’s a great privilege to win an award in the same year that Dave has won for something so political and powerful. It's really fired up my spirit.’

Here, we get the inside track from Dave and Fraser on how it felt to win the award, how the track came together and why their creative partnership works…

The 63rd Ivor Novello Awards took place on 31 May at Grosvenor House, London. They were presented by the British Academy of Songwriters, Composers and Artists (BASCA) and supported by PRS for Music.
Features