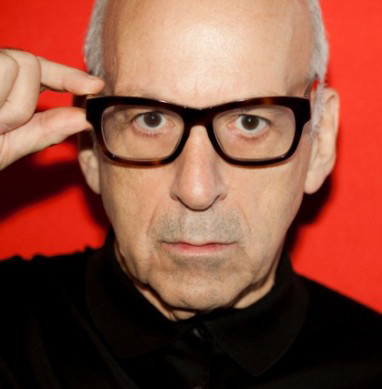 Record label boss and producer Daniel Miller is one of the great unsung heroes of British music. Here, the Mute Records founder reveals what's in store for 2016 and shares his thoughts on the current state of UK indie.

Record label boss and producer Daniel Miller is one of the great unsung heroes of British music.

As The Normal, Daniel released Warm Leatherette in 1978 through his own Mute Records, heralding the dawn of a new gritty, British sound.

The track was one of the first electronic pop experiments to spring from the ashes of the punk explosion, and is now credited as an proto-industrial classic.

As Mute Records has progressed, Daniel's signed and supported countless great acts over the years, from Depeche Mode, Throbbing Gristle and Erasure through to Goldfrapp, The Knife and Nick Cave & the Bad Seeds.

Still very much in the throng, the label is gearing up for a wave of releases over the coming months from brand new signings.

We caught up with Daniel at the AIM Awards 2015, where he picked up the Hardest Working Band of 2015 gong on behalf of Swans. He reveals what’s in store for Mute Records in 2016 and shares his thoughts on the current state of British indie…