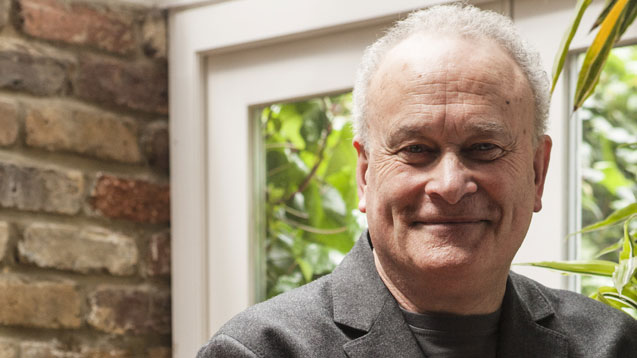 The celebrated composer and NMC Recordings co-founder shares his life in music and serves up some sound advice for composers just starting out...

Composer, producer and NMC Recordings founder Colin Matthews OBE has been shaping the course of British contemporary music for more than five decades.

First emerging in the sixties before cutting his teeth alongside Benjamin Britten during the seventies, his music offers a direct line into the modern heritage of classical music in this country.

When he’s not creating music for orchestras, choirs and quartets, Colin is founder and executive producer of NMC Recordings, a forward-thinking operation intent on representing the very best in new music.

Earlier this month, he received the Special Achievement Award at the Gramophone Awards, an accolade presented to him from PRS for Music and PPL.

Congratulations on receiving Gramophone’s Special Achievement Award. How does it feel?

This one is really special. I've always felt that NMC was a bit of an outsider to the record industry, so it’s a real acknowledgement of what we've achieved.

NMC is unique as it’s a label and a charity. How has this helped you differentiate from your corporate peers?

Because we’re in a relatively specialist market of releasing exclusively new music, we rely a lot on grants and donations. That’s the advantage of being a charity. Anything that we earn is just ploughed straight back into making recordings.

That was the reason for setting it up in the first place - we knew we couldn’t be a commercial operation. When we set it up, the charity commissioners were quite wary, because they thought record companies were people who made money not received it. But they only had to look at our books and see that this was not a commercial operation.

How has NMC evolved over the years and where do you see it going?

What we set out to do initially is fill the huge gap in the recordings of living British composers. We started out with an enormous hit list, and I suppose it took us about 15 years to work our way through that.

These days, we're able to expand that remit a bit. We always wanted to do things for younger composers, for people on the edge of their career. With the advent of downloads and streaming, this has become more practical. We’re also moving into education to a certain extent as well.

Well I think it’s in good health. I do a fair amount of teaching as well, so I'm in contact with a lot of the younger generation. I do find it is very heartening that when the education is really not working for anyone in music, composers still come through. They have to be pretty determined, but I haven’t noticed any falling off. And also there’s an increase in the number of women composers, which is really heartening.

What are your abiding memories from working with Benjamin Britten in the seventies?

In Britten’s centenary year people kept asking me what it was like, and it’s very difficult to say, because I know a lot more now… In a strange sense, I wasn’t overawed by doing it even though I was pretty young because I knew there was something I could do that he needed.

I actually worked on various editorial things for him and prepared the vocal score for his opera, Death in Venice. In the last few years when he was pretty seriously ill, I actually sat with him at the piano and we played things through together, which in retrospect is an absolutely extraordinary experience, and I suppose in some ways I sort of took it for granted.

Obviously it was a huge learning curve. In many ways, Mahler and Britten were my main teachers.

What do you consider to be your first major break?

Well actually it was around the time I was working with Britten, I won a major competition which was run by what was then the Scottish National Orchestra, and that was for a big orchestral piece. It was the most remarkable prize because it included six performances and a broadcast and publication, the like of which I don’t think there’s ever been before or since, so that was an amazing breakthrough to get.

What advice do you have for emerging composers who are trying to find their way today?

That’s also a tricky one. The advice I always give to composers is you have to be really committed because it’s a tough profession, and you have to be aware that it might take you ages to get anywhere. It’s not something you can take up lightly. But as I said, I'm so encouraged that so many people do.

I'm doing an arrangement of some songs by Britten, and I'm also doing a Debussy arrangement for Luxembourg Orchestra. The next piece I will write is for the Britten Sinfonia, but I probably won’t start that before the end of the year.

Do you have a set way of approaching a new composition?

Staring at the paper, mainly! One of the things I've always tried to do is not repeat myself. Each piece is a new beginning. It’s a strange feeling. I sometimes think, ‘How did I ever write anything before?’ You read about novelists who have no idea how to start, and just have to wait until something comes – composing is not dissimilar.

How do you know when a piece is finished and ready?

I don’t. I find that pieces gather speed. You may spend ages floundering around trying to get it going, but then there’s a certain point where it almost takes up its own momentum, and somehow you know when it’s finished. That doesn’t mean to say you don’t want to go back and rewrite it, but I think there’s always an instinct. I would say I've been much more intuitive about the way I write these days. I don’t pre-plan a huge amount, so sometimes things surprise me, including endings.

It’s a mixture of planning and intuition. If you do pre-plan it’s like setting words, which gives you a shape. If you just let it happen, it can be more problematic but there’s a freedom about it. It just seems to have happened that I do much less advanced sketching than I used to.

I don’t do as much producing as I used to for NMC, but I just produced a disc with the Hallé Orchestra, featuring music by Huw Watkins, which was stunning.