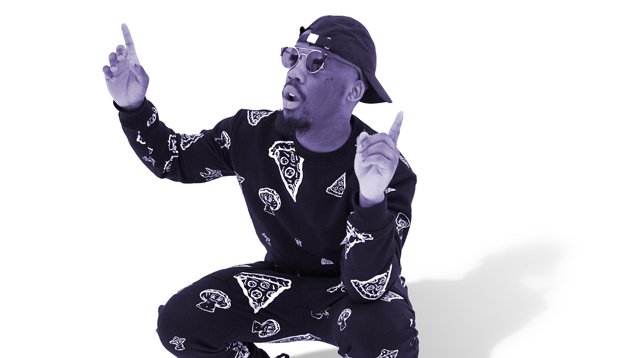 Named as one of Annie Mac’s artists to watch in 2016 in Mixmag earlier in the year, and tipped for big things by BBC 1Xtra’s Charlie Sloth, Sheffield MC Coco has everything to play for over the coming months.

The accolades have been stacking up, in part due to a sure-fire selection of releases that have been picked up by radio and raves. Tracks such as Big Bou Yah, Target Practice and new one Big N Serious (produced by fellow Steel City boy Toddla T and released on his label Girl’s Music) have been doing plenty of damage from Coco's native Sheffield to Notting Hill and beyond. We caught up with a grime artist staring down the barrel of a big year…

How did you first fall in love with music?

I got in to it when I was in school. Some guys started a crew and I kind of fell in with them. One of them said, 'Come to the studio. Everyone’s on it'. So I went to the studio one time, put a few bars down and went from there.

Did you have a natural musical style?

I did although I was looking to other MCs that were big in the game just to find my feet. As time went on I thought the key to this music thing is that it is important to be original. I just tried different things and found what worked for me.

Which MCs and music makers were you looking to for inspiration when you started out?

Skepta, Wiley, JME. I wanted to learn the essence of grime, to see where it started in London. Then I just thought, why can’t I do it as well?

How does being from Sheffield have an impact on your sound and music?

I think when I first started, I’d come down to London and it wasn’t really accepted to begin with. But now I’ve been here for nine months, nearly a year, more and more people are seeing, hearing and liking my abilities.

How do you think new artists can stand out and make an impact? Because obviously there’s a lot of people vying to try and break in to the industry. How can you stand out from the rest?


You have to be original. That’s very important because if you’re doing the same as someone else then you won’t get noticed. That’s obviously not going to make you stand out. But I think being original, having confidence in what you’re doing and just enjoy it man. Because if you have no enjoyment in it then the results are going to be, kind of, dead. You have to have a passion and try and be the best you can.

How has your creative process evolved over time?

Compared to when I was younger, obviously it was a hobby and when you’re young you haven’t got responsibilities or anything. So it was just fun at the time. But now I’m older I see it as something much more important. Especially because I work a 9-5 as well as doing music. I need to do it. .

Yes. Many times. Many times. Obviously it’s scary out there man. Trying to earn money, especially living in London, but it's not easy for anyone. You can have a dream but with the dream, it’s not a certainty that you’re going to make money from it. But more and more my booking agent and manager have got this show, that show. Once you can see that level of consistency, you sort of think that you are made for it.

I wanted to ask about grime itself and the whole scene. Why do you think the sound made such an impact and why does it continue to resonate with people?

I think it’s come from how we believe in it. People can see how passionate we are about it. It’s that sort of, ‘We don’t care attitude’. This is something so strong. This is something that is going all around the country. People have got to listen to it. Do you know what I mean? People are passionate about grime. You can’t ignore something like it. It’s such honest music.

Do you reckon those are the same reasons why it’s had this resurgence?


In a sense, yes man. There have obviously been key players like Skepta and Stormz taking the whole scene by storm. I think they have been good musical figures to lead the way, in a sense. Like I said, they can’t be ignored man.

Do you have any tips or words of wisdom for new MCs?

Yes man. I think, again, be original. It’s important to be original for yourself. Try to do things properly. Don’t cut any corners because when you start to cheat the game and try and do things half hearted, no one is going care man. Get a team, if you need a team. And just be patient with it.