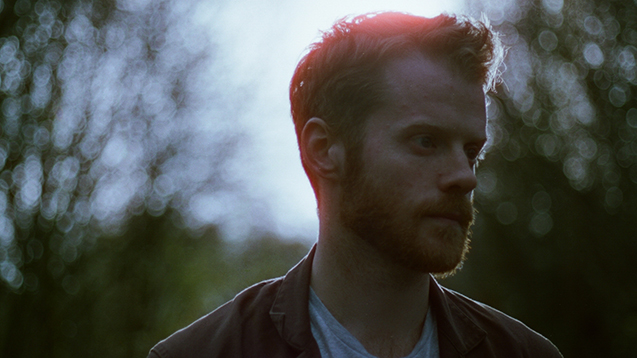 'I began to look at my own personal issues I would have ordinarily kept off the record – my struggles with mental health issues as an example.' The Northern Irish troubadour on opening his heart for his new record...

Following his breakout 2016 album Let Bad In, Northern Ireland Music Prize winner Ciaran Lavery is back with a brand new record hailed as his most honest and self-critical work yet.

'It was nice to call myself an asshole if I am one, to talk about struggles with depression, or to be frank about an emotion or a situation or memory and not feel the need to dress it up in order to protect in a way,' he tells M.

Out on 13 April via AllPoints, Sweet Decay bears the recognisable hallmarks of Ciaran's fragile, acoustic Americana sound and cranks it up a notch with scatterings of Springsteen and assured vocals that veer from saccharine to rough and tough in an instant.

The Northern Irish troubadour settled back down in the studio last year following a whirlwind of touring, recording with various musicians that have worked with the likes of Hozier and James Vincent McMorrow.

Alongside the record's release, he's also announced details of a UK and Irish tour which kicks off on 13 April in his native Northern Ireland.

Ahead of that, we stop by for a chat about the album's direct style, the music scene in Northern Ireland and tips for recording sessions...

How did the new album come about? Are there any themes throughout?

I like to constantly write if possible, so by the time I had just released my previous album Let Bad In, I was already sitting on a handful of songs that were forming the basis for Sweet Decay. I wanted to try to remove the filter from my writing and just write without any sense of shame or guilt.

It was difficult at first – you feel the need to protect other people and your own thoughts and feelings but it was a challenge I gave myself. It was nice to call myself an asshole if I am one, to talk about struggles with depression, or to be frank about an emotion or a situation or memory and not feel the need to dress it up in order to protect in a way.

I found it to be cathartic and difficult; some things are still difficult to read. It defines a time in my life like all records and I’ve already moved away from it, but that’s what we do as humans: nobody stands still in any one place for too long.

What were you listening to during writing/recording sessions? Is there anything you wanted to emulate in some way?

There is a well rounded feel that I love about Tom Waits' record Mule Variations and also a darkness that I found in Big Thief’s record Capacity. Those two records I listened to a lot as we worked our way through the recording process. I also found solace in the Frank Sinatra record In The Wee Small Hours because of the wonderful arrangements and razor sharp vocal – I almost overdosed on that album.

I didn’t necessarily try to emulate anything, I think that can be distracting and can leave you too rigid to be open and allow things to organically occur in the studio. I had a lot of things I wanted to lyrically express throughout the writing process. A lot of it I was able to get out of my system and some I could not, but this is songwriting.

How do you decide who to work with when it comes to recording? What advice would you offer to artists?

I find it much more appealing to work with people who have a common interest or opinion on how music should be made, it’s as simple as that. If you’re having to convince someone on an idea then it’s likely the level of trust isn’t healthy and trust is exactly what is needed to create a body of work.

Recording is like a long distance run – it takes an awful amount of endurance and a plan to get to the finish line. If this plan starts to change at some point in the race, there’ll be much more energy expended than what’s required. The only other comparison I can make is a five course meal; don’t stuff your face at the starter or you’ll struggle to get to the dessert.

I’d be a fiction writer but my vocabulary and spelling is pretty horrendous. I tried to be a tradesman but I found my hands weren’t made for holding the tools. I couldn’t be a mathematician because numbers baffle me and don’t get me started on technology. I’ve got rhythm but the local dance company were all out of additional openings. What other choice did I have but music really?

Irish music in general has always been strong, much like all of the arts. There is something that cannot be replicated or bottled and sold about the deep rooted creativity that exists in the country, as small as it is. Music is made without fear, I believe this is why it’s consistently strong. Just look at some acts like Jealous of the Birds, Dermot Kennedy, Saint Sister, Rosie Carney, Joshua Burnside, Blue Americans... I could go on all day.

How do you think your sound is evolving? Is there anything different you're doing now to your first album?

I’m older now, my life is always changing, as am I, so of course I believe if I have changed personally then my music will naturally as well. Lyrically I am challenging myself to be much more honest. This can be difficult when there is pressure to ensure a catchy chorus or tag-line is written.

I hope I am becoming braver as a songwriter, that’s what I aspire to be. With this new record I began to look at my own personal issues I would have ordinarily kept off the record – my struggles with mental health issues as an example. There is a certain amount of catharsis being this honest but it can also be difficult and raw, to bring all things to the light and show them for what they are. As frightening as that may seem, it’s the path I’m choosing to take for now.

What’s the biggest thing you’ve learned about yourself as a musician since starting out?

That maybe I should have been a DJ after all.

What's coming up next for you?

Sweet Decay will be released on 13 April and we head out on the road across Europe for a month in support of it. It’s exciting, we’re bringing noise.