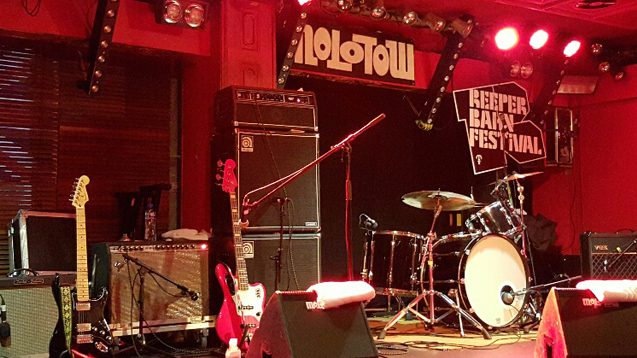 The overseas music market can offer UK publishers and record labels countless opportunities but breaking in can prove to be a daunting task.

It’s with this in mind that the BPI and Music Publishers Association (MPA) decided to launch their trade missions, a series of initiatives aimed at helping music industry professionals get under the skin of different territories.

The organisations will be leading a mission to Germany from 20-24 September to help give insight into the world’s fourth largest recorded music market. We caught up with Chris Tams from the BPI to find out why they started the mission and what publishers can gain from the German market…

Why was the decision to make these German trade missions made?


It arose out of a chat a few years ago with the MPA about the need for, both publishers and labels in the UK, to visit our biggest European export market. We came up with this idea of the mission to provide greater access to the German music market for industry professionals.

The first year we did it we had about 25/30 attendees, we did some time at Reeperbahn. It went well - so we returned and it's grown from there to include 1:1 speed date meetings with our German colleagues, a reception and live showcase.

What are the focus areas for the mission?

We split the day events into four main topics - the selling product part so distribution, licensing, marketing and promotion - sync, brand sponsorship and publishing, the live music market, then the digital music market. Germany is quite different to the rest of Europe. Their collecting society GEMA doesn’t have a deal with YouTube, and there are also some big German stores who are influential in the digital sphere. It’s also different to the UK in how it has five or six big city areas - so this creates certain intricacies UK labels and publishers need to understand to do business out there.

How has the market evolved since you first started doing the missions?

Germany has always been a big export market for the UK. It’s been based around live although digital has now opened up. However, there’s not a national station where you can break new acts so businesses need to work in these five-six metropolitan areas. They are all their own eco-systems and tend to be slightly different from each other.

Are there any current trends within the German music industry?

Well Berlin is obviously a real home for electronic music. There are lots of interesting things coming out of the city - it’s great for new producers and acts to live in and work from. It’s as weird and wonderful as you might imagine.

What can businesses do to break into the German market place?

Go to an event like Reeperbahn and sample German culture. The Germans and the Brits are very similar people as much as some would disagree with that. Entertainment loving, appreciate their own home bred talent as well as being open to international art. So it’s very easy in the digital world to export overseas but, at the same time, not get a feel for the culture, the music or the nightlife. Reeperbahn gives you a bit of a heads up on how German’s think, what happens in their country and what’s available. I’d recommend visiting and getting an insight into the German psyche.

We’re always looking at a range of places for our missions. The Indian trade mission should take place in January while we’re also investigating opportunities in South Korea and China.

We tend to investigate places based on requests from our membership, usually places that seem hard to crack. Our role is to break down any barriers to succeeding in these destinations.

Visit the BPI and MPA websites for more information.