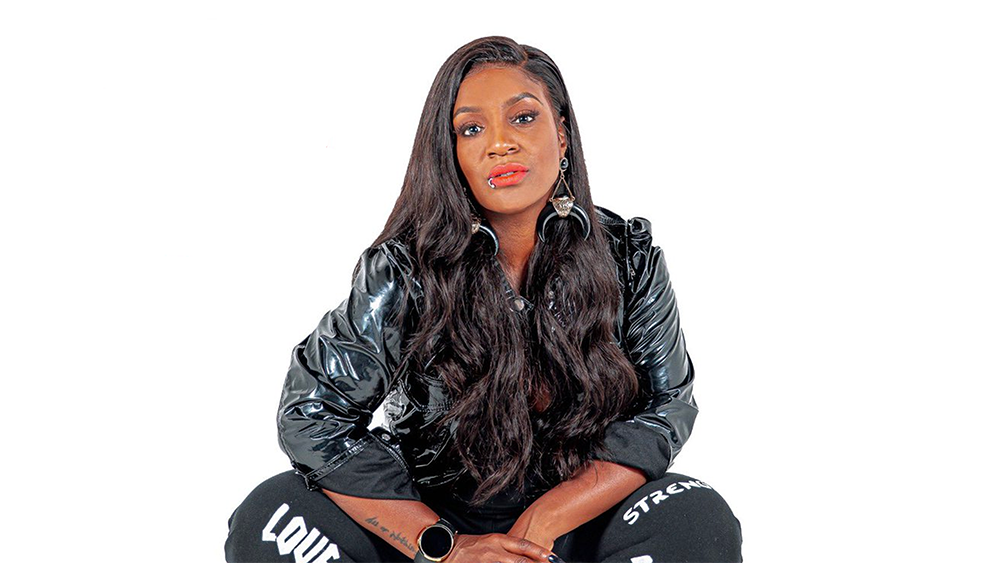 Grammy-award-winning songwriter Carla Marie Williams is accustomed to shaking up the music industry.

Williams has collaborated with some of the world's biggest artists, including Britney Spears, Sean Paul and Beyoncé, and is one of a handful of Black British female writers to reach superstar status.

But the road to the top was far from smooth. Carla Marie has spoken openly about the racism and sexism she has endured throughout her 20-year music career.

When a certain management company warned her that it was a man’s world, and would always be so, Carla Marie decided to take matters into her own hands.

In 2016, she launched Girls I Rate, a movement designed to help nurture, inspire and champion young women creatives. GIR today provides educational, mentoring and networking opportunities to over 5,000 members looking to build their dream careers in the creative sector.

The GIR team are currently on the hunt for talented songwriters and producers as part of their 2021 #GETHEARD Future Hitmaker competition.

Launched in partnership with PRS for Music and PRS Foundation, the competition gives young women creatives the chance to have their songs played on the radio and in front of industry experts. Three winners will also receive funding for upcoming music projects alongside other prizes.

We had a chat with Carla Marie via Zoom to find out why she launched the competition, what she looks for in a Future Hitmaker and her 2021 plans for Girls I Rate.

'We can do the leg work – the industry just needs to give these women real opportunities to thrive.'

The competition sounds exciting, Carla Marie – what made you launch it?

GIR members have always benefited from getting their music heard by A&R through our #GETHEARD A&R Weekender – but nothing really came out of it. All they got was feedback, which was great because we get some amazing people for our panels, but I knew we could do more.

The competition gives them tangible stuff including a cash bursary of up to £3,000, high-spec equipment, a spot on a six-week production course. This package is based on what our girls told us they needed, so it’s more beneficial for them.

We know gender diversity is a major challenge for UK music – women make up only 18 percent of PRS for Music’s membership. Why do you think the industry still struggles to attract and retain talent women?

I think it’s down to misconceptions about where women fit in the studio. We all need to change our mindsets – that includes me. There’s also a lack of safe spaces for women to learn production and songwriting so they don’t feel self-conscious or give up. These learning experiences sometimes don’t lead to proper employment opportunities – this needs to change too.

It’s been really good. What I love is there are a lot of men who want to participate and get involved. That to me, in 2021, is one of the most exciting things. I’m all about uplifting and recognising women in the industry but I’ve learnt that it’s also vital that men understand and support what we’re doing. Over the years I’ve tried to involve men where I can and educate them on the importance of supporting women.

We’ve also got some great people and companies like Spotify and Mixcloud on board to support us. A big music artist has offered to co-host the judging panel event with me. I can’t name them now but I’m very excited.

'Finish the song, finish the beat, finish the vocals and get yourself heard. What have you got to lose? Nothing. But you’ve got a lot to gain.'

What impact do you think the competition will have on the women who apply?

Firstly, it’ll give them a reason to push themselves to finish their projects. It’ll also give them the chance to get their music heard - both by A&Rs, who don’t always have the time to listen to new talent, and on our new weekly show on The Beat London 103.6FM.

The three bursary winners will also get mentors to advise them on how best to spend their money to bring their project to life.

What would a competition like this have done for you when you were starting out as a songwriter?

I would have loved it. I didn’t know where to start in my early days. I’m a bathroom singer from a single-parent home - no one in my house did music. I had to kick down so many doors to get what I needed. There was no internet either so these industry people were invisible.

The bursary would have helped me too. I always wanted to try different things – go to vocal classes, learn to engineer music, take instrument lessons – but my family couldn’t afford it. Everything was self-taught for me.

What does a Future Hitmaker sound like to you?

I’ve got an eclectic taste in music but when it comes to songwriters, the melody is crucial. I’m also listening for that hit lyric too. Something that makes me think: ‘Wow, that’s real’ or ‘wow, I wish I wrote that’ or ‘wow, she actually put that in a song’.

For producers, it’s all about the sound, especially the mixing quality. It’s about having a great riff throughout the melody of the music. Basically how you put your sounds together. I don’t need busy tracks - they just need to be really catchy. Something that makes you want to bop or cry or go somewhere far away.

'I’m all about uplifting and recognising women in the industry but I’ve learnt that it’s also vital that men understand and support what we’re doing.'

The competition has been open for over a month now. What have the submissions been like so far?

It’s a real mix. There are girls doing drill, rap, alternative, guitar music, soul. I’m really impressed with the quality as well. I’ve even reached out to some of the girls who have been played on our radio show to tell them I like their stuff.

What advice would you give to someone who is thinking of submitting their work?

Finish the song, finish the beat, finish the vocals and get yourself heard. What have you got to lose? Nothing. But you’ve got a lot to gain.

We’re launching in Jamaica which I’m excited about. We want to bridge the gap between Jamaica and the UK diaspora; to facilitate a two-way cultural exchange. We also want to help women creatives on the island with their songwriting and production, with a plan to roll this support out to other Caribbean countries.

In the UK, my vision is for GIR to be the incubator platform that labels and publishers come to for raw talent. I’ve lost count of how many times someone has told me they can’t find any women to produce or write songs. When a woman’s name does come up, I’m asked ‘Are they any good though?’

At GIR, we’re great A&Rs and have the biggest network of women creatives in the country. We can do the leg work – the industry just needs to give these women real opportunities to thrive.

Applications for the Girls I Rate #GETHEARD competition are open until 31 May 2021. If you’re a women aged 16-30 and write and/or produce your own music, GIR want to hear from you.