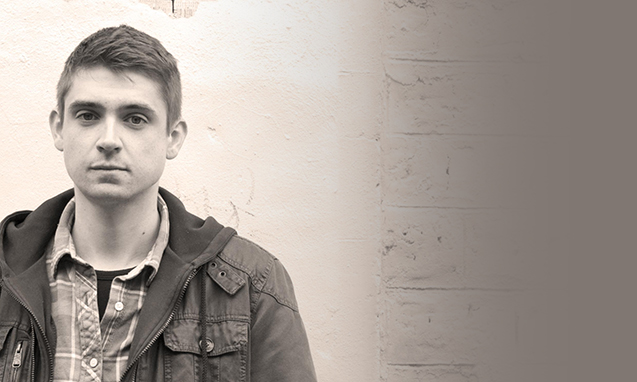 Glaswegian composer Christopher Duncan is the son of two classical musicians. He was naturally drawn to piano, viola and classical composition from a very young age, but the lure of school indie bands as a teenager also turned him on to guitar, bass and drums.

Now fluent in all five instruments, and with a Royal Conservatoire of Scotland education in his back pocket, Christopher is armed with a bewildering arsenal of styles and sounds. His genre-hopping includes forays into classical, jazz, folk, indie and alt-pop, and is best experienced on his Mercury Prize-nominated debut album Architect.

You grew up learning classical instruments – how has that grounding influenced your music-making today?
Having learned instruments from a young age, it really opened my eyes to various new styles of music, including classical and jazz.

You attended the Royal Conservatoire in Glasgow – what were your experiences there and how did they shape your composing style?
I went there primarily to study contemporary classical composition and left writing pop music. It is a very open place where you can experiment and ultimately write whatever excites you most - and for me that is classical influenced pop music.

For your end-of-year portfolio’s sake, you had to have music written on manuscript which other musicians could play and, being a conservatoire full of musicians, your music was regularly performed by ensembles. But the composition tutors actively encouraged us to write whatever other styles of music we wanted. There was never any classical music snobbery going on, which really shaped what I am doing now. I have a good education in how to write notes and structure music, which doesn't need only apply to classical music.

How do you feel about your debut album Architect receiving a Mercury Prize nomination?
I was very excited to be nominated for the Mercury Prize. It’s something that I have been following closely for years and it feels almost surreal that I am part of it now too! Especially considering it is my debut album.

What’s the inspiration behind the record?
There is no one thing that inspired the record. When I started recording it I wanted to explore different styles of music and as the album progressed I had a clearer idea of the overall sound I wanted for the album - which is dreamy, choral, pastoral and slightly folky.

You made it alone in your bedroom. What’s your studio set-up like?
I have a very basic studio set-up. It consists of a laptop, a classical guitar, a microphone and an audio interface.

What are the pros and cons of making an album at home?
There are a lot of pros when it comes to recording at home. You have no time limit, financial constraints and no disturbances which you might find in a studio. I often work very late into the night using headphones. For me, recording from home gives me the space to create exactly what I want using the equipment I have. The only cons for me were that I didn't socialise much when recording the album as I never had to leave the house!

How do you feel about collaboration? Do you prefer to work alone?
I’m very happy working alone at the moment, but in the future I would like to work with larger groups, choirs and strings etc.

Your album has been described as dream-pop meets folk with classical roots. Is that what you set out to do, or is your style more organic than that?
I never really set out to create a certain style, but I guess lots of my major influences have made their way into my music and that's why it sounds this way. It was a very organic way for me to establish a style that suited my voice and interests.

Is it hard to recreate your intricate sound on stage?
It was at first. I started performing alone on stage with a laptop and guitar but it felt a little karaoke. So I started getting more live musicians involved and with a lot of rehearsal we have managed to recreate a lot of the sounds and intricacies on stage.

You make visual art – does that influence your music at all?
In a way. I often work on paintings as I'm writing music so the way I structure both is similar. Particularly my use of repetition and small intricacies.

What does 2016 have in store for you?
A lot of touring! In February I'm touring the UK and France and then hopefully America in March. I also plan on releasing my second album in autumn 2016, which I have already started work on.
Features
Back to top