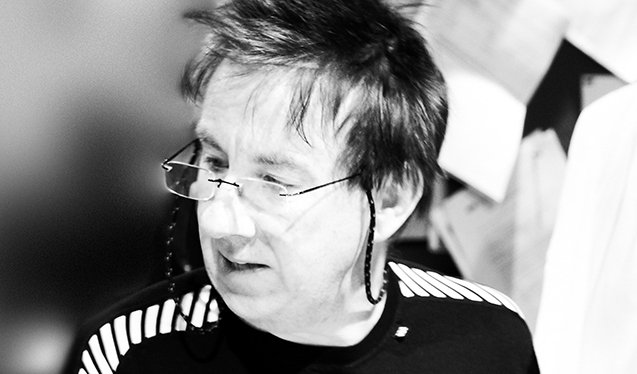 Emmy Award-winning Welsh composer Brollyman shares his views on the health of the screen composing and TV industries, offers tips for new composers and reveals the key influences that have shaped his sound.

Brollyman is an Emmy Award-winning Welsh screen composer who’s as at home creating soundtracks to animal documentaries as he is childrens’ animations.

With nearly two decades’ experience working in the film, TV and entertainment media business his credits include Natural History hits like Meerkat Manor, Snow Babies, Animal Kingdom and Bill Bailey’s Animal Misfits, for which he won his Emmy.

A self-taught musician with a background as a rock guitarist and songwriter, Brollyman’s journey to the small screen has led him to master music-making technology across all genres, and he’s particularly adept at blending analogue and electronic sounds.

Here he shares his views on the health of the screen composing and TV industries, offers tips for new composers and reveals the key influences that have shaped his sound…

What music did you grow up listening to?
Well that would be disco, followed by eighties’ rock music, accompanied by the Star Wars Return of the Jedi album. Mr Blue Sky by ELO had a profound influence on me, here was a well written catchy song with rock bits, huge backing vocals, orchestras and choirs on it. As for Disco, definitely Earth Wind and Fire, again great songs very musical and very funky.

What first led you to music-making?
The usual misfit who didn’t slot in at school thing. I was very creative, good at art, design, cooking etc then discovered music at 17. I had played a bit of classical guitar in primary school and took to it very well and quickly, but it got superseded by a skateboard. In the sixth form though, when the new wave of British heavy metal erupted, I took a tiddly wink to school and filed it into a plectrum shape in metalwork class. I then got my cassette recorder, put it into record and pause and stuck the mic into my guitar’s sound hole. It distorted like crazy and I then used that to play along with the Friday rock show. That led to 10 years of writing and playing eighties rock music in and around Cardiff.

What are your biggest musical influences?
Guitar wise that would be Uli Roth, Gary Moore and Steve Vai. Right now though I’m going back in time I’m afraid. I’m listening to lots of Haydn, William Walton and Samuel Barber, to do with my ongoing music studies. Filmwise I love James Newton Howard and Alan Silvestri for their strong use of melody, combined with synthetic material and great orchestral writing. One of my favourite things is to mix real instruments with technology and these guys are the masters of it.

When did you first start composing for screen?
Oh god, that would be about 17 or 18 years ago. Definitely last century…

What was your big break?
I guess that would have to be Meerkat Manor which spanned four series and took the world by storm. Clips of it appeared on Oprah and in the second Alvin and the Chipmunks movie. It was everywhere for a while.

You’ve worked across natural history, children’s TV, documentaries, advertising and more – which medium do you feel most comfortable in?
What I’m most interested in is the opportunity to tell a story musically in whatever style I’m required to write in. I’ve done big orchestral style projects and I’ve done projects where it’s all granular synthesis and ambience and they’re all very satisfying to work on.

How and where do you best like to work?
In the Crows Nest, which is my studio in the attic. It looks out over a Welsh Valley and I have buzzards and sparrowhawks whizzing about. I only write in my studio. Once it’s signed off I send my music to my engineer Carl Evans who mixes it in his studio. Once we’re happy with the mix we send it to the guys at Hafod Mastering. They do their thing and then send it directly to the client. Collectively we are ’Team Brolly’.

How did it feel to win an Emmy Award for your work?
A bit odd actually. I still don’t quite know how it happened. I got an email saying I’d been nominated and thought it was a joke so replied ‘with vigour’ but yep, it was real.

I am very proud to be an Emmy winner and am grateful for the judges’ faith in my work. But I’m keen to get out there now and really prove I deserve it.

How has it affected your career?
When I’m working on pilots and development projects, the production companies can throw in that they have ‘an Emmy winning composer on board’ to help secure finance.

Splice by Cyrille Aufort. Sphere by Elliot Goldenthall. The list goes on and on…

Is the screen composing industry in good health?
I think so. There seems to be plenty of programmes being made and with tax breaks, the UK animation industry can now flourish. I attend some of the media festivals both here and in France each year and there’s a real buzz for making programmes with quality content and value. I find I come away from these events full of hope.

Have you got any advice for upcoming screen composers?
I guess what I would say is that it doesn’t matter if you’re the greatest composer ever, if nobody knows you’re out there you’re destined to spend your life eating Doritos whilst watching Loose Women. Rightly or wrongly, it’s all about the contacts. Forget emailing or sending a nice letter. This business is about relationships so you need to get out there, meet the people who make the programmes and develop relationships with them. It can and does take a long time but it’s worth it.

What does the rest of 2016 hold for you?
I’m currently working on a short film about a caveman. I’m soon to start series two of My First, which is a show for preschool children. I have an animation pilot to do in April and a children’s pilot to do in June. I have a programme to do for French/German television in October. These are confirmed things with much muttering and whispering going on between, so new projects can and will pop up at any time.

www.brollyman.com
Features
Back to top