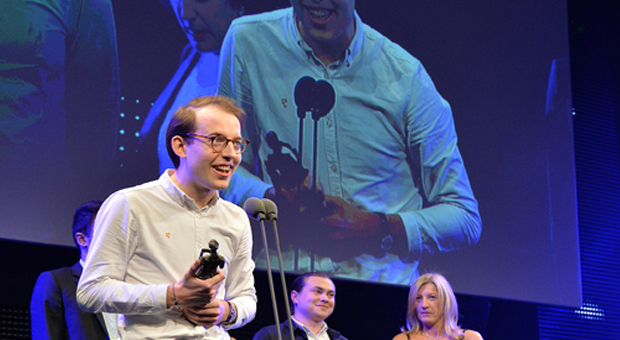 London indie rock four piece Bombay Bicycle Club have come a long way since they first set off on their musical journey.

Taking their name from their favourite take away, the group’s first break was opening the V Festival back in 2006 after winning a competition. From these humble beginnings, the band have never looked back, dabbling with electronica, folk and even world music across four well received albums.

Their latest full length effort - So Long, See You Tomorrow - is perhaps their best yet, adored by fans and critics alike. It’s held in such esteem, the record received the best album award at the recent Ivor Novello Awards.

We were at the Ivors to congratulate the group on their victory, find out their thoughts on the health of British music and how the band still love each other after all these years…