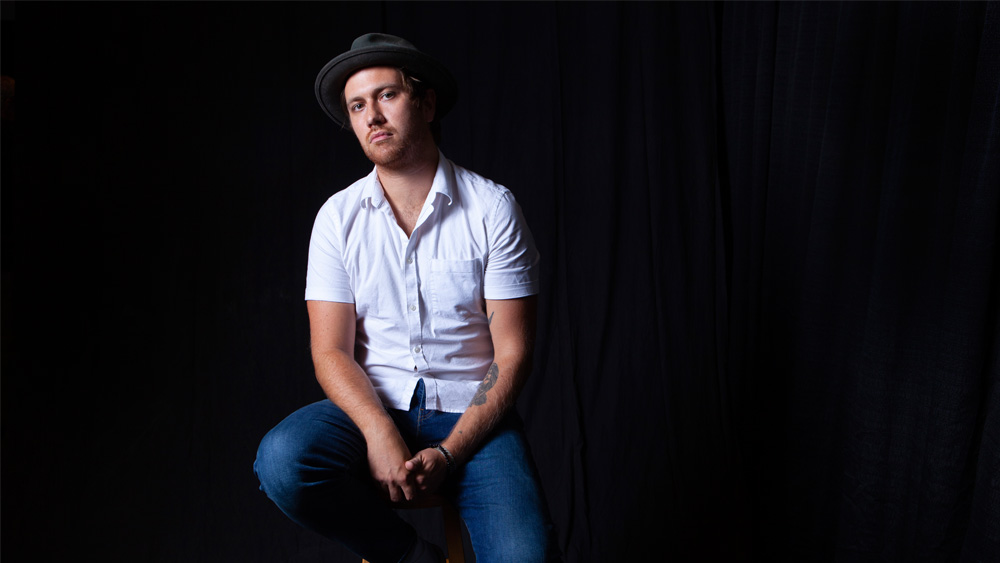 Following a stint on London’s folk music open mic night scene, his song Let Me Sign was picked up for the blockbuster 2008 film Twilight and Bobby’s career began in earnest.

Rooted in folk, Americana, rock and blues, he self-released three records before signing to Dave Matthew’s ATO label, which went on to put out his debut album, A Winter’s Tale in 2011.

The intervening years have been filled with a consistent cycle of albums, tours and a relocation to New York.

His latest collection, Sultans, further delves into classic songwriting and his love of The Beatles, and was made with long-time collaborator and multi-instrumentalist Jack Dawson.

We chat to Bobby about the processes, circumstances and influences around Sultans…

You worked with Jack Dawson for the second time on the album, can you tell us about the recording process?

It was really great. We are close friends and soul brothers. Musically, we share the same ideas but have different strengths. During recording, we were both really considerate of each other and those strengths.

You took a lengthier and more considered approach to this record, what was the motivation to work in that way this time around?

Well my wife was expecting, and our friend Dave Lindsey owned the studio, so it gave us freedom. We just wanted everyone to not be weighed down by schedules and keep it as free and easy as possible. Also, we felt like it may help the process and give us a fresh look on the songs.

How did that impact on how the record sounds?

It didn't affect the sound, but it kept everything relaxed and joyful. We were always so glad to be in each other’s company. Looking back, we only took ten days to actually record the songs. There were extra days for background vocals, and Jack had friends play some extra bits on it in Nashville. I think you can hear the energy of friends excited to play songs with each other.

How would you describe the Sultans?

It’s a culmination of friendship and fun really. We kept true to ourselves and played like a band. The instrumentation and sounds are probably influenced by a lot of sixties music, but it feels like a very free-flowing record.

What were your primary influences and inspirations behind the new record?

Really all the bands me and Jack have spoken about at length for a long time – The Beatles, The Kinks, ELO, Elvis Costello etc.

You’ve said that around the time of writing Sultans you were feeling ‘frustration towards religion and religious establishments’ – can you tell us more about that?

Yes. I'm bemused by it all really. I don't want to knock anyone for their beliefs. What do I really know? But I myself struggle with the blinders it gives. I just don't personally need it,
and I think it suppresses the truth most of the time. It’s just personal thoughts. I can only write about what I know and feel.

You’re based in New York, what drew you to the Big Apple?

Honestly, I felt the pull since I was a kid. It means business and it also has these energy lines that seem as wondrous to me today as they did ten years ago. It’s magic.

Is there anyone you’d really like to work with?

I’d love to work with Jack Dawson and our sound engineer Dave Lindsey again, and we will!! Aside from that, Dave Davies and Ray Davies from the Kinks.

I really like the Lemon Twigs. Great live and great songs.

Touring and working on the next album hopefully!