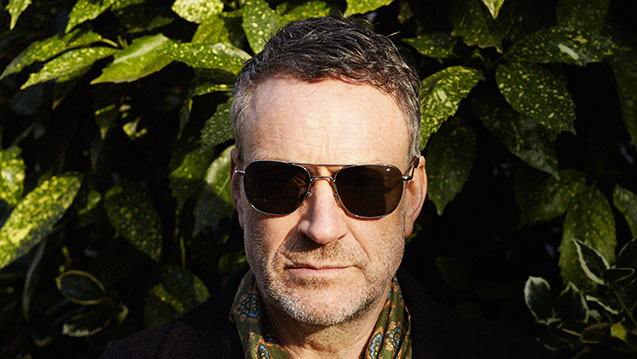 ‘I pretended I was in ELO for a moment!’ Blancmange lynchpin and electronic music veteran Neil Arthur on his ace new album...

‘I pretended I was in ELO for a moment!’ says Blancmange lynchpin and electronic music veteran Neil Arthur.

His ace new album, Unfurnished Rooms, has just landed, and he’s remembering his favourite moment on it - all ‘synths, guitars, analogue synth drums… and then a real crash.’

The record was co-produced by Benge (Wrangler/John Foxx & The Maths and Gazelle Twin co-producer), with whom he’s recently developed a fertile partnership that led to their debut outing as Fader earlier this year.

But Unfurnished Rooms finds Neil at his barest best, with dreamlike sequences and icy detachment giving way to ruminations on everything from chemical spills in Altringham to the grind of time on old friendships.

In among the sparse atmospherics and brutal moodiness, a genuine groove and gauzy shoegaze emerges too, making the LP one of Neil's most engaging moments to date.

With a career spanning just shy of 40 years, he's always melded beats and bleeps to his will by whatever means available. His sound has never stood still, from the early days with Stephen Luscombe in the first iteration of Blancmange, through the Top of the Tops years and out the other side to their reprise in 2011.

Here, we pick his brains on the new LP, working with Benge, reviving Blancmange and how his sound has changed over the years...

How did the new album come together?

I started writing while we were promoting the last album Commuter 23 in 2016. There’s a few parts of songs that come from an earlier period, one is from a long, long time ago. The lyrics were either written in one go, ad libbed or culled from notes I make more or less each day.

What was the thinking behind it?

I'm looking all the time and probably will find out myself in a few years’ time. I'm interested in the spaces between things - pauses, gaps, so called incidentals, the mundane, everyday stuff. Trying to see between the lines and probably saying the same thing in a different way. I guess I’m soaking in what is going on around us. I process it and then present it as a song, with the usual ambiguity.

What’s your favourite moment on the record?

The dynamic shift on Old Friends. Benge and I had a chat about this when he started replacing the laptop drums with analogue synths and he got the feel I was looking for, I think just right. It’s layered with synths, guitars, analogue synth drums as mentioned and then real crash, ride and hi hats, with masses of compression. We had a laugh when we mixed it. I pretended I was in ELO, for a moment!

You’ve collaborated with Benge again – when did you two first click creatively?

We first got together to work on the Fader album First Light, which came out in June. Benge had sent via my manager Steve Malins some music he’d written while living in LA. It sounded right up my strasse and I responded by adding lyrics and one or two melodies. We continued to send files back and forth and if I remember correctly, the second time we met was when we started to mix the album. The third time we got together and finished it off and went to the pub. A side note: the artwork which Benge and I created before sending off to the designer to assemble took almost as long as the album to put together!

Why do you think it works?

Essentially, we both bring something different to the table and allow each other space for expression.

How does the new record differ to your joint output as Fader?

The Blancmange album started with me writing songs and then presenting those recorded pieces as audio stems to Benge. He then replaced the drums and bass and sequence parts with analogue synths and here and there embellished some other areas with old synths. We then got together to mix.

With Fader, Benge sent me rough ideas, I added lyrics and one or two melody ideas. We sent these files back and forth, each making changes to sounds arrangements etc until finally we got together to mix.

So the difference is, with Blancmange, I take the songs recorded to Benge and effectively he strips away and replaces until we feel were ready to mix. With Fader, Benge sends me instrumental parts for me to unpick and add lyrics etc. 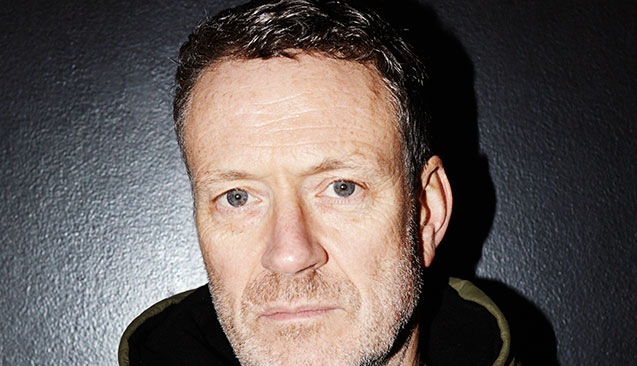 These days, do you see Blancmange as a completely solo venture?

Blancmange is a solo project now, with a group of honorary members, David Rhodes, Oogoo Maia, Adam Fuest, Benge Edwards. Stephen hasn’t worked with Blancmange since the 2011 album Blanc Burn due to ill health. When the Blanc Tapes boxset was released in August, he agreed to help with a number of interviews. Stephen and I speak on a regular basis, who knows we may write our story of events from the seventies and eighties down one day. Spinal synth!

How has your approach to music-making shifted over the years?

In terms of technology, yes. In a writing sense no. When I started to make noises and songs, we used tape loops, old guitars, home-made amps, cassette machines, Tupperware, a Woolies organ, kitchen utensils etc. There was no midi, no sampling, in fact we used to try and make our equipment sound like synths, because we didn’t have one ourselves.

We did borrow a rhythm unit and synth off friends from time to time, which we’d waste away time, recording the sounds we could force out of them onto cassette tape. These we’d then incorporate into our songs.

Wind forward 39 years and I can take an mp3 iPhone recording of an idea I’ve had while walking the dog, put that file into Logic or Ableton and build a track around it. Years ago when we went in the studio once we’d signed to London Records, we’d listen to the demo, but very quickly leave it behind as we set about creating a much more polished version for, say, an album. I think sometimes the feel or beauty of the grainy demo was sacrificed in the cause of eighties squeaky clean studio technology.

What have been your biggest influences along the way?

My partner Helen and my family - full stop.

It was as though we’d just nipped out to get a couple of things from the corner shop! Then we came back and simply carried on where we’d left off. The thing is, all though we hadn’t worked together as Blancmange, we had both been involved in music production, mainly in film and TV, so being in the studio was quite natural to us. The main thing is we’d kept in touch and remained friends. Working on the Blanc Burn album was, in a way, a relief the demands of answering a brief and making the deadline of a film production. I’m not complaining though, I quite like a bit of pressure now and again.

How important is it for you to keep up with new music?

I listen to both new and old music, I think both are important. It’s probably more important to be making new music, pushing boundaries, asking questions.

Songs and lyrics have always been at the heart of your sound – which songwriters do you really rate?

What can we expect from the upcoming tour?

You can expect a veritable potpourri of delicious synth sounds blended in dark door songs from the new album. Complimented by a sonic journey down memory lane to the ‘all our yesterdays’ of Living on the Ceiling, Blind Vision, Feel Me and even The Day Before You Came!

Blancmange's UK tour kicks off at Brighton Concorde on 5 October and Unfurnished Rooms is out now. For more details, see http://www.blancmange.co.uk/