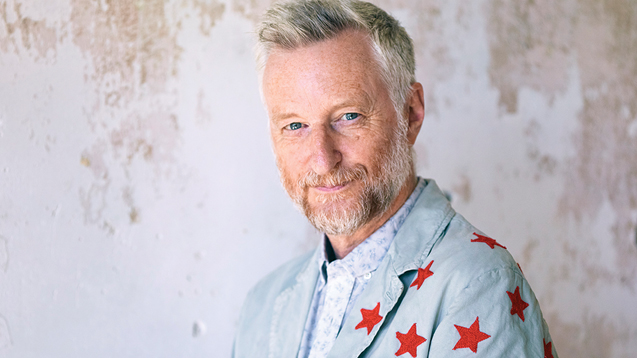 Stormzy, stage dancers and strikes: Billy Bragg chats politics, pop and everything in between...

Stormzy, stage dancers and strikes: Billy Bragg chats to Anita Awbi about politics, music and everything in between...

What’s happened to the Bard of Barking? Once a feisty outsider, the working class hero has morphed into a proper British institution, complete with a shiny new Ivor Novello Award for his Outstanding Contribution to British Music. A lot has changed for Billy – and for Britain – since the punk-fuelled early eighties, but his socialist ideals, his love of banter and his ear for a good tune remain reassuringly intact.

‘I’m trying to muscle my way in between Beyoncé and Dua Lipa to get myself heard these days,’ he says in his trademark Essex drawl. ‘But it’s not that easy, I don’t have any dancers. The dancers are crowding me off the stage, and I’m fighting my way through… it’s tough!’

Billy is joking about life as a renegade songsmith in 2018. As an outspoken grime enthusiast and pop appreciator, he’s audibly excited by the younger artists currently making strides. It’s a refreshing stance for a musician, author, broadcaster and leftwing activist who’s just entered his sixties.

‘You’ve got to be putting ideas out there,’ he continues. ‘You’ve got to try and make a principle to stand on something. I’m always pleased when music is doing that. All the stuff I listen to is putting out a message of empathy and encouragement, not a message of cynicism.’

Last year’s Bridges Not Walls EP was his own, most recent, statement of intent. Across six vital tracks he captured the nuanced mood of the nation, sensitively exploring Brexit, nationalism and immigration with the skill of a songwriter in his stride. The set garnered rave reviews and showed him to be as relevant as ever.

But for Billy, there have been plenty other big moments in music worth celebrating over the last 12 months. Like when Stormzy spoke out about Grenfell at The BRITs, or when Beyoncé beamed Black Panther imagery into millions of homes via her Super Bowl performance, or when Dua Lipa’s New Rules called on women to ditch doomed relationships from the top of the singles chart.

‘It’s great!’ he enthuses. ‘We are all in the same industry and we are all, in our own way, trying to do a similar thing - make real music that we believe in, and stand up for something positive. I don’t judge young songwriters on whether they’re political or not. I’m more interested in them telling me what pressure they feel under and how they’re dealing with that.’

Billy’s first call to arms was arguably more purist, driven by bags of youthful vim and a seething rejection of the era’s divisive politics. Life’s a Riot with Spy vs Spy is 35 years old this year, but it still crackles with nonconformist talent and raw angst. Its efficient mix of leftwing politicking and candid love songs clocks in at little under 16 minutes and, despite its brevity, managed to wedge itself firmly inside the album chart’s Top 30. It also spawned his first hit A New England, which was later covered by Kirsty McColl.

Over the years, he’s recorded another 10 classic Top 40 albums, the most recent being Shine a Light, an LP of field recordings from the American railroad, made with songwriter/producer Joe Henry. It may seem like a wonky left turn, but Billy has been embracing the history of America’s modern music scene since his own sonic awakenings in seventies’ Barking.

Back then, he was into the Simon and Garfunkel records that ‘all the sensitive older girls’ were playing, and soon became ‘that strange kid at school who was into Bob Dylan at a time when Bob Dylan wasn’t around and wasn’t fashionable’. Smokey Robinson and Tamla Motown also figured, filling his ears with subversive American melodies and his head with ideas.

Across his career, Billy has openly embraced folk, punk, Americana and pop. He’s also recently authored the skiffle book Roots, Radical and Rockers, which explores how the guitar rose to the forefront of British music and ultimately led to the Brit invasion of sixties’ America.

He’s always stuck close to his original mission, though: ‘I don’t want to write cynical material. I want to write songs that offer tough love, but in a positive way. I’m trying to make sense of the way the world is by offering a different perspective, it’s a different way of coming at this. You don’t have to be a victim of the circumstances you find yourself in.’

You can’t chat to Billy Bragg without discussing his politics which, with age, have become as nuanced as his music. As his old friend Tom Watson MP, Deputy Leader of the Labour Party, said when he gave Billy his Ivor on behalf of PRS for Music recently: ‘I was politicised by Billy Bragg and Red Wedge in the eighties, and in the three decades I’ve known him, I’ve learned his unique argumentative style.

‘He’s convinced me of the merits of matters as diverse of House of Lords reform to the many qualities of leadership possessed by Jeremy Corbyn. He’s my hero, not just for his politics, but for the love in his songs.’

Despite Billy’s palpable political persuasions – and his on-point lyrics – the songwriter himself remains surprisingly averse to the ‘protest pop’ tagline. ‘Many songwriters keep their focus in the bedroom; I’ve always been interested in what’s going on outside as well,’ he says. ‘I’m not really a political songwriter, I write songs about things that have pissed me off. That could be relationships, it could be my own behaviour, or it could be what the government is doing.’

Nevertheless, he’s always been able to combine music and politics in an authentic way that has eluded many of his peers - whether that’s performing for the miners on their strikes, penning songs of solidarity in Which Side Are You On? and Never Cross a Picket Line, or fronting the Labour-affiliated Red Wedge movement. Most recently, he appeared at the ‘cleaners’ strike’ in April, which was organised by the Independent Workers Union of Great Britain to dispute the working conditions of outsourced cleaning staff, porters, receptionists and others in the higher education system. ‘They invited me to come along; they obviously felt that me playing a few of my songs would make a contribution to what they’re trying to do,’ he offers.

Now, at a time of unprecedented social and economic upheaval and political unrest, and with movements like grime and hip-hop successfully soundtracking the struggles – along with his own back catalogue in demand – surely the time is ripe to revisit the ‘political pop’ tag?

‘Maybe. But music can’t change the world, trust me, I’ve tried,’ he says, frankly. ‘I’ve tried really hard, but it can’t do that. What it can do, though, is make you feel like you’re not alone. And that’s its power.’ 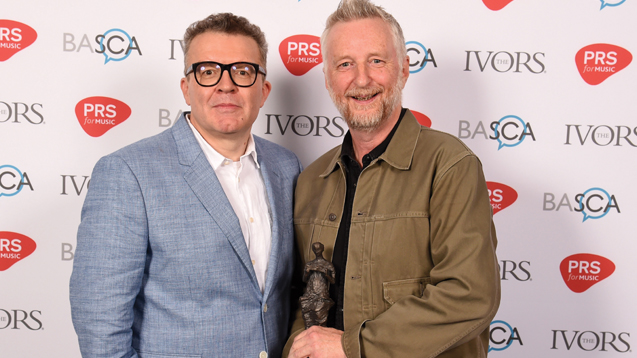 This feels like a shocking revelation – like Billy is pulling the carpet out from under every idealist’s feet. But he explains: ‘Just because you are aware music can’t change the world, it doesn’t mean you don’t want to take your music to a place where it can make a difference and bring people together.’

It seems his time on the picket line has shown him exactly what bars and beats are capable of. He talks of the ‘emotional power’ of politically-charged music and ‘the buzz’ it gives you, ‘But for an artist to suggest they’ve got the answers and they’re going to save everybody is a betrayal of the relationship between the listener and the artist.’

Billy knows full well he’s not going to influence a voter with music alone. ‘I can’t follow people home and make sure they uphold my politics. Just the same as Dua Lipa can’t follow you round and make sure you’re sticking to your three new rules. It doesn’t work like that… The changing the world bit, that’s down to the listener.’

Songwriting and music-making is surely part of a deeper civic duty for Billy, one that also involves campaigning for positive change at parliament, lobbying bankers or running Glastonbury Festival’s Leftfield Tent to encourage open speech and action. But music is still by far the most powerful tool in his altruistic arsenal; even if it’s not going to change the world, it will always touch people.

‘As songwriters, our currency is empathy,’ he figures. ‘A great song can make you feel compassion for someone you’ve never met or give you understanding of a situation you yourself have never experienced. This isn’t just a political thing. At its highest level, a song – even if it’s in a different language or doesn’t have lyrics – can still make you feel empathy for the person who wrote it and respect for the culture they come from.’

He continues: ‘Considering the times we’re living in, where empathy seems to be in short supply, it’s really important we consciously think about that when we’re writing our songs. We need to be putting out a message that helps people rather than one which puts people down.’

This feature appears in M68, the current issue of M magazine.
Features