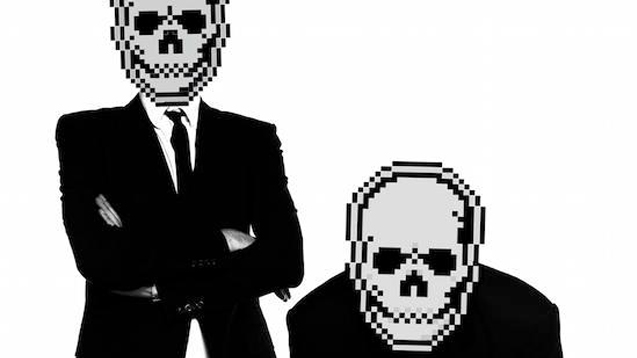 Beyond The Wizard's Sleeve

From acid house to sixties psychedelia we go Beyond the Wizard’s Sleeve with the London-based duo to discover how they created 2016’s summer soundtrack with new LP, The Soft Bounce…

From remixes and re-animations to their own shimmering material through latest debut LP, The Soft Bounce, Beyond’s the Wizard Sleeve’s (BTWS) hazy rise into orbit has touched on the best bits of rave, sixties psych freak outs and much, much more.


Meeting in London’s cooler clubs in the noughties, Richard Norris and Erol Alkan have their roots embedded in nocturnal activities, the former as producer behind chart tickling rave act The Grid and the latter as the head honcho of revered night Trash. The duo hit it off on meeting, gradually unveiling edits for a raft of artists including Midlake, the Chemical Brothers and Goldfrapp before focusing their attention on a debut full length record of their own music.

With guests including Jane Weaver, Euros Childs and Blaine Harris from the Mystery Jets, the album succeeds in showing off their love for dreamy shoe gaze pop to roof raising club material and everything else in between. We take a trip with them down their rabbit hole to find out more…

How did the two of you first meet? And what prompted you to start making music together?

Richard (R): We knew each other from London clubs. I went to Erol's night Trash, and we also played some of the same places occasionally. We started making music together after meeting on a BBC London radio show, where I was playing psych and Erol was the other guest. We started swapping tunes, then DJing, then re-animating, and finally making our own music.

Erol (E): We started working together through mutual respect. The lure to make music with somebody else is strange as there are many people I respect but I’m not sure I'd want to get into something so intimate and revealing with them.

R: It changes. We can both play, engineer and programme, so we'll start with that and see where it takes us. Sometimes we start with rhythm, sometimes words, sometimes something quite slight, like an atmosphere or a lyric idea, and then let it follow its own path as much as possible.

E: Every track on the album came about in a different way. You need to be open to various paths of creativity so that you don’t end up repeating yourself.

How has this approach evolved over your many releases/remixes?


E: The aim is to always improve what we remix. That opportunity is there for everybody, if we don’t on the first attempt, we keep going till we do.

R: With remixes, if we don't like that track within one listen, and have immediate ideas for it, we don't do it. You have to be properly connected to make it work. A lot of the time those first ideas are the ones that really stick, as they aren't particularly thought out, they are just your intuition. Otherwise we mix it up a bit in the studio to keep it evolving.

Your new record The Soft Bounce is here - what was the aim with the record? And how did you pick the collaborators? How long has the LP taken to put together?

R: The album came about over a long period, with gaps between writing. We were inspired to take the step to make original material after working on mixes for Temples - we re-animated their entire album, which was released as Sun Restructured. At that point, after many edits and mixes, it felt right to work on our own material. The collaborators came quite naturally, it was mainly a case of thinking 'wouldn't Euros Childs be great on this? or 'wouldn't Jane Weaver be perfect here?' and ringing them up. It wasn't intentional, but all the collaborators are people who have forged their own individual path through music over multiple releases.

E: Exactly, and the aim is to create an album which needs to be listened to from start to finish, to avoid making something centred on a handful of songs. We love the format of the album as you are able to tell a story. Otherwise it’s like isolating chapters from a book.

Diagram Girl from the record has done really well - it’s a beautiful piece of music - how did the track come about?

E: We love simple, short pop songs, and we love many of them which came from mid eightie’s indie bands who could wrap it all up in under three minutes. It was originally written on a guitar years ago and based around three chords. I think the melody and structure were written in minutes, the lyrics came later, but we knew the chorus had to remain wordless and remain to the ‘oohs’ in the original demo.

R: Words wise we found the phrase Diagram Girl via a magical technique and put it with the phrase 'drawing to a conclusion' and took it from there.

Where are you currently looking for inspiration?

As DJs, which tunes never leave the BTWS box?

Have you a favourite bit of studio kit?


E: The Akai S612 sample. Six seconds of eight-bit sampling time opens up a world of limitations to go beyond.

R: The Roger Mayer Voodoo Vibe pedal. It was good enough for Hendrix, so...

Which new artists are you currently enjoying?

You’re also much loved for your remix work - what needs to be in place for one to work?

E: We just aim to better the original. Keep what we like, isolate it from the rest of a band material, make it our own.

R: We try to be pretty sympathetic to the original song, and then shine a light on it from a different angle to see how else it could look, sound and feel.

Who would you love to collaborate with?


E: Nobody knows, least of all us.

R: Let's take it one day at a time and see what happens! We've very much gone on instinct so far…