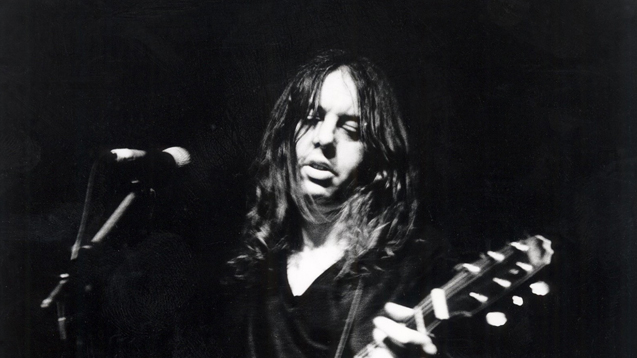 Over 30 years and more than 20 albums, The Bevis Frond, aka songwriting genius Nick Saloman, has carved out a reputation as one of the UK’s most under-rated musical treats.

Nick’s artistry veers from sublime pop to bearded folk and trippy guitars, and arrives filtered through a kaleidoscopic sink hole ricocheting from The Groundhogs and The Who to Captain Beefheart and Kevin Ayers.

Ever since the self-release of his seminal debut Miasma following a motorcycle crash, The Bevis Frond have kept up a prolific and quality output that has seen them become one of the UK’s best cult acts. Following performances at the Stewart Lee curated ATP, the group have also signed a new deal with Fire Records. We caught up with Nick to quiz him on a musical life lived in the underground…

I started pretty young. My mum was a really good pianist and really into music. This would have been in the mid to late fifties. She was into Sinatra, a bit of classical music too. At the same time I used to listen to rock and roll and pop on the radio. It made me want to play the guitar.

I got a guitar when I was about seven. I was trying to be Hank Marvin or Jonny Kidd and the Pirates. I had dreams of playing in bands, and tried to get little groups together. I got my first electric when I was about 14, a crappy thing from Blanks of Kilburn. A terrible old music shop with the most miserable bloke on earth. We were out doing youth clubs covering Cream and Hendrix songs in an inept way.

When did you first take on the Bevis Frond moniker?

I’d been playing in bands through the seventies, then I had a motorbike accident in about ’82. That stopped me from playing as I broke my elbow and damaged myself badly. I recovered soon enough and it made me think. I was about 30 and hadn’t got anywhere with music. I’d tried everything I could. I’d written songs. I’d been in bands. I’d done gigs all over the place, gone to record labels. So I decided to do something for my own enjoyment, 20 minutes guitar solos and backwards stuff if I fancied it because that’s what I’ve always liked. I got money as compensation for my accident and started recording ay home. I taught myself to play all these instruments, wrote the songs, pressed it up and gave some to my mates. That was the first Bevis album.

It was all kind of serendipity really. I didn’t hawk it around. It’s so demeaning. I thought, ‘The next record company that I go to who treat me like a piece of shit, I’m probably going to try and kill them’. I’d had so many dispiriting meetings. They come and see you live say, ‘Come and see us’. Then treat you like dog’s muck. More than once I’ve stormed out of a record label office in a temper. It’s not good for you.

So I did the album and didn’t think I was going to do anything with it. But a mate sent a copy to Funhouse Records of Margate, who were second hand records and collectors’ stuff. They also had their own little label and got in touch to ask if they could buy some copies, which of course they could because I had about 500 sitting in the attic. So much to my amazement I drove down to Margate, where they were based, with a boot full of Miasma’s and they bought them. Then they came back and asked for more. That’s where it all started off. Who would have thought that in 2016, aged 63, I’m still fucking doing it.

So you were DIY from the get go?

Back then there wasn’t really that many people doing it. I didn’t do it as a statement. I did it because I didn’t have any options. No-one was going to press my records up. Of course as the nineties wore on more and more people just did their own stuff, because you didn’t need to go through a label.

I like doing it. Every Thursday, still, I drive up to London and I play five-a-side with a bunch of silly old fools for an hour and a half. Obviously I was never going to be a footballer because I was never good enough. Music is the same. I do that because I like doing it. If I was doing it solely to become famous and rich, I would have given up 35/40 years ago.

How do you think your song writing has evolved over the years?

As you get a bit older you see things slightly differently and so lyrically, at least, your viewpoints mature. If you’ve done it over and over again I guess you tend to know what you’re best at, what kind of things work better than others. It’s just a refinement.

What have been the highlights for you over the years?

There have been quite a few. I guess because I wanted it so badly when I was young, and it didn’t happen until I was in my mid thirties it makes it a little bit sweeter.

So things like playing the very early gigs. I did one at the Greyhound in Fulham which was completely sold out, with people round the block. I played there about six years earlier, and we had about twelve people there to see us.

What’s been keeping you busy of late and what have you got on the rest of the year?

We played ATP - I was very pleased with our performance although I felt bad about the money side of things and people not getting paid. I felt a bit bad for Stu Lee because he didn’t have anything to do with organising it. He just had his name attached to it as the curator.

We’ve got a few more gigs. Last year we were quite busy with gigs, because an album came out in the autumn. We did quite a few shows around putting an album out, because obviously you want to promote it. So we had a couple of shows in the States, a European tour, Glastonbury, some festivals, so all in all last year we were pretty busy.

This year I haven’t got a record coming out so we’re not quite as busy.

However, I’ve opened a second hand record shop in Bexhill, which is keeping me incredibly busy. It’s going as well as I could have possibly imagined, but the downside of that is the more you sell the more you have to replace. I seem to spend my entire life racing round like an idiot trying to find decent records to put in my little shop.

So when I started my shop I had this plan that I wouldn’t have any shit in there. By shit I mean I wouldn’t have ordinary stuff, like Phil Collins and the Dire Straits, to find the occasional good thing. There’s got to be something about it that’s going to make people want to come. So I try and get only interesting records and try and price them at slightly below the right price, so that it really pulls people in.

It’s wonderful. You don’t hear me complaining at all. When I was a kid the three things I would have liked to have done is been in a successful rock band, played football for Queens Park Rangers and had my own record shop. Two out of three; got my own record shop, play in a mildly successful band and I’m still playing football and watching Queens Park Rangers. I’ll take it.