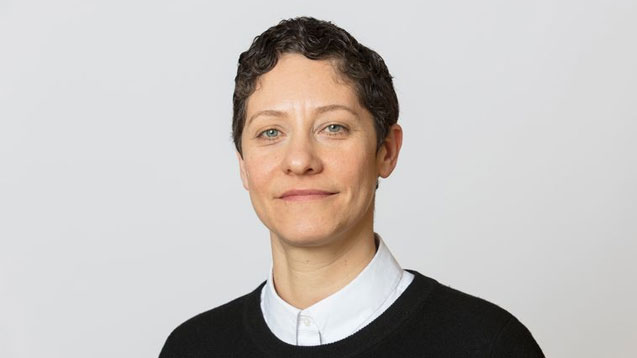 She relocated from Istanbul to take up the post nearly two years ago, becoming heavily involved in MIA’s Meltdown Festival in 2017 before overseeing the centre's wider gigs programme.

This year, she's been working with Robert Smith of The Cure to deliver the 2018 edition, which will host more than 50 acts including Mogwai, Manic Street Preachers, My Bloody Valentine, Nine Inch Nails and Placebo in June.

Her latest invention is the Concrete Lates strand, which launches this Friday (13 April) at the newly refurbished Queen Elizabeth Hall foyer to showcase the best names in experimental electronic music.

Kicking off the series is an industrial techno collaboration with Boiler Room, inspired by the current Andreas Gursky exhibition at Hayward Gallery and Gursky's love of dance music.

For the next installment, experimental composer Shiva Feshareki will be joined by artists including E.M.M.A to reimagine music by pioneering electronic composers of the 20th century.

Here, Bengi tells us about the thinking behind the programme, how the foyer refurb has brought a new 1,000-capacity standing venue to the Southbank and what this means for London’s nightlife…

How has the Queen Elizabeth Hall foyer changed since the refurbishment?

It’s changed a lot! Before the refurbishment it was a divided space, but now it’s all open and has windows facing the Thames. It’s more comfortable and has better access for audiences to enjoy music.

The space has been instrumental in the Concrete Lates idea as it’s become a huge, one thousand capacity standing venue. We never had one before and, of course, that limits what you can do. We’ve had people like Underworld or Jon Hopkins playing the Royal Festival Hall – and although it’s a seated venue, people stood up immediately. When I first saw the Queen Elizabeth Hall foyer I knew it would make a really good gig space and bring us something we didn’t have already.

London is really becoming a 24-hour city, with the night tube and growing focus on the city’s nightlife. We want to serve that audience here at the Southbank Centre. It’s a great location in the centre of London. So many other venues are closing or moving out of the centre, but we want to bring these audiences back.

What’s your thinking behind Concrete Lates?

We wanted to programme more electronic music. It might evolve into something else, but we’ll see…

Concrete Lates are going to be monthly to start with. The first one is clearly inspired by the Andreas Gursky exhibition at the Hayward Gallery. I wanted to show how we’re all connected at the Southbank Centre. The event was curated by the Boiler Room, who I think are amazing. They’ve done so well in terms of programming.

The second one, curated with Shiva Feshareki, takes place on the Concrete Dreams weekend, which looks back at the heritage of the buildings. We’ve always had a relationship with electronic music here – the first London concert of electronic music by British composers was actually at the Queen Elizabeth Hall in 1968. It included works by Delia Derbyshire and Daphne Oram.

Shiva takes music from the past and pays tribute to it but deconstructing it, manipulating it and creating something new - which is exactly what we wanted to do with our programming for Concrete Dreams.

During Meltdown we’re also running three Concrete Lates in 10 days, which will have its own ethos – it will have a touch of Robert Smith to it.

There are a lot of female producers and artists already lined up for Concrete Lates, is that by design?

Yes, that’s the philosophy. We want to do as much as we can in terms of representation of female artists, especially within the electronic music world. It’s getting better now, with initiatives like PRS Foundation’s Keychange. The tide is definitely turning, but we have always been very conscious of this issue and take gender equality very seriously at the Southbank Centre. We try to give space to the under-represented as much as we can.

What’s your connection to electronic music?

Well, I used to be a DJ in Istanbul. DearHead was my name, I was part of a duo. We used to play 5,000-capacity festivals and smaller clubs too. I love to dance and to make others dance. I always love programming electronic music.

How has this sort of programming changed over recent years?

The music industry has created some big electronic artists over the years and DJs are more recognised as a talent than they ever were. There are some massive headliners out there these days. I also see that electronic artists are starting to have a look back at other genres and other disciplines, and I think that cross-art experimentation is only going to increase.

What else are you working on?

We’re relooking at what used to be called the free Friday Tonic events – we’re changing and improving that slot to give emerging bands some space to play and meet their audiences. We will be working on that over the coming months.