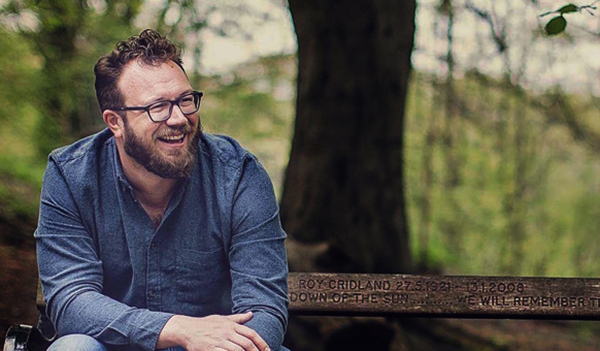 Ben Ottewell has one of the most distinct voices in the business: warm, leathery and well worn, his bluesy tones seemed to stretch far beyond his years when Gomez first broke back in 1997.

Fast forward two decades, seven Gomez records and a Mercury Prize, and Ben seems to have grown into his gutsy voice.

Now a solo proposition with two masterful albums under his belt, he’s been exploring the outer limits of his lyric-writing and riff-making.

With help from childhood friend and collaborator Sam Genders (of Tunng), Ben created the stunning debut Shapes & Shadows in 2011, pieced together from songs he’d written while with Gomez and fresh material.

Since then, he’s embarked on acoustic tours across the UK, US and Australia, before returning to the studio to create brand new album Rattlebag.

Simultaneously stripped-back and lush, Rattlebag strings together poetic tales of salvation and redemption with touching melodies and bluesy riffs.

So far, he’s been playing the new songs across the pond on a short US tour spearheaded by a PRS for Music Foundation-funded gig at South by South West last week – but is due to embark on a UK tour very soon (dates below).

We spent some time with Ben to hear about Rattlebag’s making, how his songwriting and musical tastes have changed since the early Gomez days and learn what’s in store for the rest of 2015…