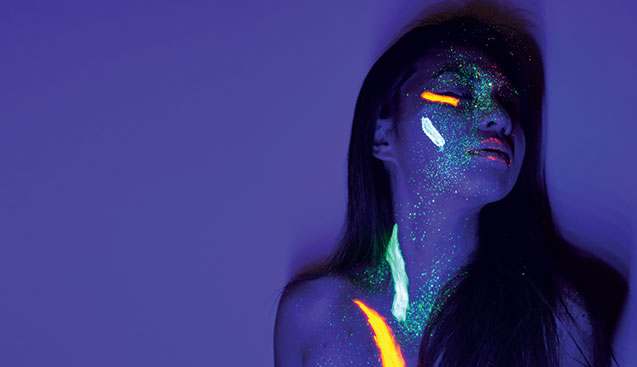 'Through found sound, locations from around the globe have become my duetting partner,' Brian Eno-tipped newcomer Belle Chen on bending the rules of composition...

Australian-Taiwanese pianist and composer Belle Chen is working at the pioneering end of classical music, using a tapestry of found sound and electronic production tricks to throw new light on old traditions.

Belle has recently bestowed with the honour of being one of Brian Eno’s favourite new acts, and with three ground-breaking releases already under her belt, the future looks bright.

She began experimenting with sound because she wanted to ‘disintegrate’ convention and add intimacy and memory to her music.

So, since 2013, she’s been ‘duetting’ with samples scored from her travels around the world, including London, Paris, the Mediterranean and Taiwan.

Here, she tells us more about her aural compulsions and how her live performances are helping audiences rethink the sonic boundaries of classical…

I’m classically trained and I spent the first part of my training playing hardcore, very classical repertoire like Beethoven and Chopin. Then I came to London and for a time I wasn’t sure if I’d be able to get my visa sorted. I couldn’t practice much because, being a student, I was moving around a lot. So, I started to record sounds because I thought if I were to be deported, I could bring the memories with me. That’s when I started learning how to work with sound, and eventually I combined it with classical repertoire.

How did that progress into albums?

The core concept has always been to capture and recreate the places I go, the first work being London and the second one being around the Mediterranean. And then, with my third release Mademoiselle, I was in a bit a crazy time in my life - something like a midlife crisis, I was a lot of pain.

I wanted to convey it because I knew it was quite special. I couldn’t do that with classical repertoire and I couldn’t exactly do it with sound by itself. And so I started working with sound bites and manipulating the classical repertoire. I would disintegrate it, take a line and really make it my own. So I felt like I could communicate my story better and not just Chopin or a collage of moods.

Why is location so important to your work?

When I look at a photograph and try to remember how it felt to be there, all I see is the pretty picture. But when I listen to a sound I recorded on my phone, the memory it evokes is deep. I can remember how I felt, the people I met and the conversations I had. In a way, these locations become my duetting partner, my co-performer.

What have you learned from making music in this way?

The whole experience has been really interesting because starting out, I just took my phone and walked. London is a fantastic city for that and I ended up with hours and hours of recordings! I began to realise all the sounds I was missing – they become amplified when you listen again in a different context.

Were you aware of the history of using found sound within a musical setting? Does that appeal to you?

I am familiar with Stockhausen and the radio producers back in Cologne who first manipulated tapes. I know Steve Reich and I think that stuff’s really cool. But for me it’s been quite an organic process. I started doing this in 2013, so I’m still learning. I listen to a lot of other people, especially electronic producers, who sample sounds. I’m really keen to explore how it can be implemented into classical language as well.

How do you interpret found sound into a musical setting? Do you need an ear for it?

I can’t tell you! For me, I just hear the latent melodies and harmonies, so I don’t know how to answer this question.

I can tell you that the way I listen to found sound has changed dramatically from when I first started using it. I’ve started to see that I can re-harmonise the sounds and treat them as musical lines that can be manipulated. It’s become a lot more than just colouring, if that makes sense?

What’s it like to inhabit both a classical and electronic world?

It’s very exciting. When I perform I use Ableton to trigger samples and a multitrack loop peddle as well. The response from the audience has been very positive so far.

People seem excited that classical music has been put back into the real world, with sounds from ordinary life. It’s decontextualised something that’s usually celebrated in silence.

Do you find that using found sound makes your music more personal or universal?

The starting point is very personal, but when I perform it live, a lot of the feedback I get is that people are drawn into the sounds. Different people have different associations emotionally with certain sounds based on their own experience. So, I will play a piece and it may be about London, it may be about Barcelona, but it doesn’t quite matter. The audience comes back with different responses because it evokes something that they remember.

What gets you going creatively?

I’m keen on talking to people, actually. I love travelling, so it’s a starting point and I really like to find out about culture and history, and talk to the locals on the way. And there are many instances where I’ve heard stories that have really touched me and thought, ‘Ok, this is really cool. I want to recreate this story somehow or tell it again.’

Are there any musicians that have guided you?

Yes. I’m a big fan of Bjork. And Eno, I listen to him quite a lot. I’ve been getting through some Frank Zappa lately too. That inspired me to break away the boundaries of what a classical music recording can be like, to turn it into something a bit more conceptual. I’m a big fan of Nicolas Jaar and I listen to a lot of jazz, especially older jazz.

You mentioned Brian Eno there – what was it like to learn he was a big fan of yours?

I think it’s amazing. It’s really encouraging because it’s so hard starting out as a musician, especially in the first years after graduation. I’m trying to I’m build a career that’s sustainable and it’s a lot of hard work.

Not that it matters because I’m just expressing myself, but there are a lot of insecurities going on. So to have people say, ‘Just keep going. You’re on the right track’, helps keep my fire and energy alive.

What’s keeping you busy into the new year?

I am combining everything I’ve learned and developed, and polishing it into a programme that takes people on journey, which evokes different sounds and cultures from around the world. From the tango to gamelan to the sounds of Paris, London, Australia, the forest. I’m debuting it in Melbourne in February, and hope to bring it to Europe after.

https://www.bellechen.com/
Features
Back to top