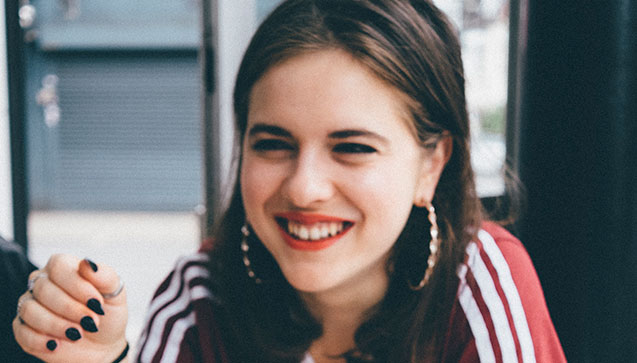 'Grime's social and political commentary doesn't need to be attached to an election to be important culturally': Grime4Corbyn's Becka Hudson on life after the general election.

Becka Hudson is a member of Grime4Corbyn, a campaign and event series which celebrated young people's voices in the 2017 election and in wider political life.

The campaign provided a formalised platform for their views, and encouraged discussion and participation in life outside of electoral politics. It also hosted events with Eyez, Lady Shocker and New Grime Order and others. Elsewhere, artists including Stormzy, Jme, Kano and Akala, all came out in support of Corbyn, further upping the ante.

In a post-election survey by Ticketmaster, 58 percent of grime fans said they voted Labour, with 24 percent saying that the Grime4Corbyn campaign influenced their vote. Elsewhere, an IPSOS Mori poll from June found that overall turnout among 18-to-24-year-olds hit 64 percent, up from 43 percent in 2015, while others claim the number is more like 72 percent.

Here, Becka, who also works as a freelance filmmaker and coordinator of the Radical Housing Network, tells us how it all happened and what’s on the agenda for Grime4Corbyn in 2018…

How did Grime4Corbyn get started?

The movement was really spearheaded by prominent grime artists themselves discussing their thoughts on the election, on Corbyn, and on young people's participation in the last election. What we did was to organise a campaign and events to celebrate and amplify that moment.

The whole thing just started with that idea, a free website builder, a small group of friends (and strangers that became friends!) working in a frenzy for two weeks to pull off panels, performances and nights that did that movement justice.

It was clear that we were part of something much bigger than just us - other campaigns like Rize Up UK were doing similar work, and by election day we saw everyone from Kano to Danny Devito coming out to back Corbyn.

What was it about Corbyn’s politics that spoke to the grime community?

Grime artists, the culture around grime and its fans have all kinds of different politics - there isn't a 'one size fits all' politics there, though I know people often want to find one.

What we heard from the artists and fans that we worked with - that is, those who had come forward to back Corbyn -  was an appreciation of his commitments to well-funded social programmes, to funding the NHS, to seeking peace and justice in foreign policy rather than war and to ending austerity, which has been destroying communities across the UK for nearly a decade.

Most of these artists and their fans we spoke to all knew real people who would benefit from this - their sister who can't pay for childcare, their sick relative whose benefits have been sanctioned, their auntie who is having to battle for treatment in a chronically underfunded NHS, their extended family who suffer from British exploitation and war abroad.

As an individual, Corbyn's accessibility to ordinary people, his record backing people up and his integrity as an underdog in his party (and the political establishment) for 30 years was also something that drew people to him.

Were you surprised by your successes in 2017?

Massively! Firstly, the campaign going viral like it did was something we didn't expect. We didn't have access to any resources or hardcore strategy when we started out - we were thinking it could have just been a small club night with a few DJs. But it really blew up and so then we knew we had to respond with something big!

Also, the generosity, support and input from artists, partner organisations, venues, volunteers and fans was incredible. Beyond that, the election results were the sweetest surprise of all. Everyone was saying Corbyn's Labour couldn't do it, that the Tories would win with a landslide - and yet there it was. We were all in a local bar screaming at the TV when they announced the Conservatives didn't have the majority they were reaching for.

Young people turned out to vote this summer in numbers not seen in previous elections -  how was music and culture linked to this massive turnout?

Recent research showed the impact Grime4Corbyn's contribution to the turnout - with one in four fans engaging with, and ultimately deciding to vote for Corbyn's Labour because of the campaign.

It was great to read about having that impact, but there's also so much that can't be measured. Music, culture and art are often the lifeblood of communities - they are where we go to connect, express ourselves, socialise, be moved, reflect, and to hear commentary about the world around us. For many of us, music and art are the social commentary we come into contact with most often.

We got a lot of sceptical people questioning us during the campaign, asking whether young people were 'just voting for Corbyn because Stormzy said he liked him' but this shows the kind of ignorance they have, both about how discerning young people are, and the depth and complexity of the music they listen to is.

We got messages during the election from young people who hadn't felt confident to look into politics before, but had been provoked by the campaign to research Corbyn's policies and asks friends if they wanted to go and vote together - not just to 'vote for him cos this artist said so'.

I think there is something to be said for how seriously Corbyn takes music and art - not least because he wants to fund music and art programmes for young people. He knows it is an indispensable part of being human, and of our society.

Do you think musicians have a responsibility to be political?

Any artist is going to speak from a particular social position and with a point of view that has political implications. I don't think anyone has a responsibility to engage with 'capital P' politics in parliament, and Dave's recent track Question Time shows us that social and political commentary from grime artists doesn't need to be attached to an election or candidate to be important culturally and politically.

I would hope, though, that all of us would all contribute in some way to building a better world: we are living in a time where the US President is an out-and-out white supremacist, at least 70 people have died and hundreds made have become homeless at Grenfell, 33,000 refugees have drowned in the Mediterranean and thousands are dying after being declared 'fit to work'.

Which grime artists in particular do you think are doing this most effectively?

I think Dave's Question Time is a really brilliant contribution. Jme's consistency and integrity - encouraging his fans to think and reflect for themselves and staying true to himself even though press misrepresented him – was also inspiring to see. I think AJ Tracey and Big Zuu's words on Grenfell have also been really impactful.

Why is it important to build a platform for young people’s voices?

Young people, particularly those who suffer from any kind of disadvantage, are chronically overlooked, underestimated and ignored by our media and political system. Tuition fee rises and housing benefit cuts for young people are just a couple of examples of how our needs get flagrantly ignored by people who bank on us never exerting our power.

Building platforms and amplifying young voices is a crucial way of countering this - showing how powerful, and how intelligent, creative and important, we really are. One of the most humbling parts of the campaign has been meeting incredible young artists and campaigners from organisations like The 4Front Project and Ruff Sqwad Arts Foundation, who are building huge positive change in their communities.

Before the end of the year we have a few speaking opportunities, but we've mostly been taking a break and getting back to our day jobs since the election! In the new year, though, we are going to be getting projects off the ground - so watch this space!

Becka is speaking at the upcoming Young Guns Network event on music and social change, which takes place tomorrow (29 November).