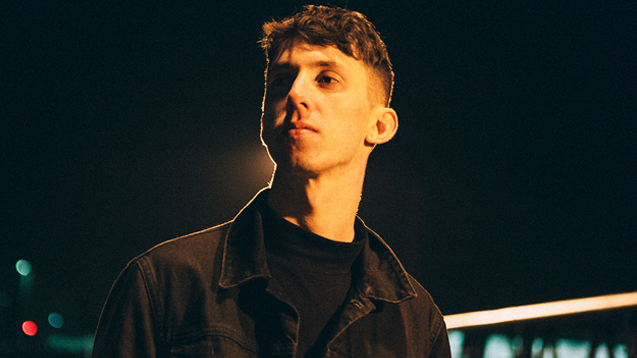 25 year old London producer Jack Ritchie is a favourite of Annie Mac and Monki and it’s easy to hear why with his emotive electronica. We meet him to find out what’s under the hood of his synths…

25 year old London producer Jack Ritchie is a favourite of Annie Mac and Monki and it’s easy to hear why with his emotive electronica and lo-fi house blends.

Over the last two years he’s built up quite the head of stem with a series of releases and accompanying hype for his warm computer music, accompanied by well-received live outings at the likes of Glastonbury and the Amsterdam Dance Event.

His new single Underwaterfall is one of his best efforts to date, a beautiful piece of synthesised, steel pan-utilising electronica. We quiz him on the forthcoming release and his music below…

I would record myself hitting bongos onto tape cassette when I was about five. That was probably the first (semi) musical thing I did. Growing up I started playing the piano and drums, then moved onto guitar. I was playing in bands - everything from classical, metal to hip hop.

What inspired you to want to make your own tunes?

I wanted to make the music that I wanted to hear but that I couldn't find. That's still how I think today. I try to create something that doesn't exist yet.

Underwaterfall is your new EP - what is the release about?

The EP centres around the title track, which is on a base level about the sensation of being under water and the feelings/experiences all of us have linked to that idea. I think the whole EP relates to this theme of transitioning through different states, moods, ambiences. It’s like being in a constant state of flux.

A number of things, I look to old and new music, visual art, photography, films, anything that can give me some kind of fresh perspective on things. I try and absorb as much I can from everywhere.

There a few but recently I would say Nicholas Jaar, his soundscapes are very inspiring to me.

Have you a favourite piece of studio kit?

At the moment my Korg Poly 61. It’s a bit of a cheesy eighties synth but you can get some really nice analogue sounds out of it with some tweaking.

Have you got any words of wisdom for new and aspiring producers?

Just keep making music as much as you can, you're going to stumble upon something great eventually.

Are there any new music makers we should be looking out for?

Okay Kaya from NYC is incredible - she’s had a few songs out but everyone should check her out.

How do you think new producers can stand out from the crowd?

Don't subscribe to any genre, just make the music you like, once you're stuck in a box it's hard to get out.

A lot of writing over the next couple months, then touring around the UK/Europe, then more writing, then festival season. It's going to be a busy one!

Look out for Bearcubs on tour in March and listen to Underwaterfall below.