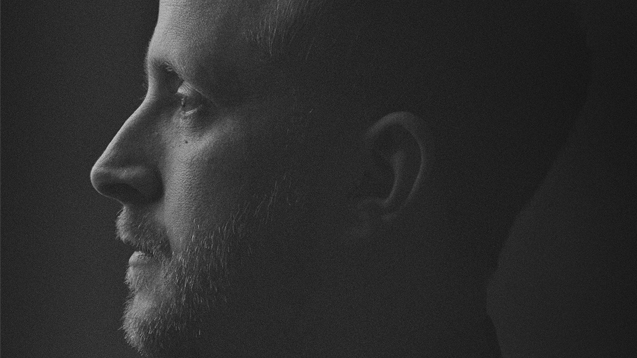 Former Futureheads frontman, turned solo artist Barry Hyde has overcome his personal demons to arrive in 2016 with Malody, a new LP full of emotion, piano and orchestration - we chart his journey…

As former frontman of early 2000s indie act Futureheads, you’d be forgiven for expecting Barry Hyde’s debut solo record to be one full of spiky guitars and four part harmonies.

But Malody couldn’t be further from this truth. The album is instead based around piano pieces, but also accompanied by violin, cello, double bass, tenor, pedal sax and trumpet.

The records roots are in Barry’s life post-Futureheads. Mental health issues consumed him and, diagnosed with bipolar disorder, he spent time working as a pastry chef before regaining a sense of himself through song writing and teaching music. Malody is the result, a record that was released via a PledgeMusic campaign in June. Now out on tour, we chart Barry's journey to recovery in our interview and the making of a remarkable record…

Music was a big part of the family. My dad is a musicologist and has over 100,000 pieces of music. It was our entertainment in the eighties - there were no tablets back then. We’d listen to the Cocteau Twins, Lou Reed, the Velvet Underground, jazz … watching performers in the flesh was a big thing. I couldn’t understand how they’d get music out of their instruments. They were like magicians rather than musicians. I was just totally drawn to it.

My first guitar teacher was one of my dad’s colleagues. I learned how to play Nirvana and some rock riffs when I was in my teens. I fell in love with guitar, became a proper Hendrix and Led Zeppelin disciple. By this point I was studying music at college, doing a lot of performing. I always wanted to make my parents proud and as they were so into music, me and my brother went down that path.

Were you surprised by the success of the Futureheads?

Well we didn’t set out to achieve anything - the best bands start with the attitude of being the best band in your town, you just want to play better than everyone else. So we’d always push ourselves and our live shows were powerful, incredibly tight with these harmonies. That’s what we aimed for.

How did your solo music evolve from the group?

There are similarities between where I am now and where the Futureheads were when we started out in that this project has noble intentions. It’s purely creative. I don’t have a record deal and I’m not thinking this is going to make the charts.

At the same time, I feel very confident in the music. It was an obsession with the piano that drove this record. You’ve got to be obsessed with an instrument to become skilled at it. I spent this entirety of a beautiful spring playing piano in a dark room. But I was trying to escape civilisation, as I’d not been long out of psychiatric hospital.

Because of the obsession, I was trying to get good at various playing techniques. I occupied myself learning pieces by Mozart, Stevie Wonder and Billy Joel, Philip Glass, Steve Reich.

How long did it take to make the record?

This music has been building for some time. It’s not been linked together consciously. Developing the themes and getting good at playing it took some time but while I was doing it there weren’t any end goals. I was just trying to distract myself. I wrote a lot of it while I was working as a pastry chef.

Has it been a cathartic experience putting the album together and doing the PledgeMusic campaign?

To be honest, I find recording music to be quite stressful as you’ve got to get it right. That’s not always too easy, especially with some of this material. When I started recording, I realised I wasn’t good enough on the piano to play some of it. The first song on the record is ten minutes long, it’s a suite of five songs that make up one piece of music. I had to learn how to play it perfectly because of the synthetic harmonics that ring behind the notes.

What have you learned from teaching music? Has that opened up a different side to your songwriting?

It’s been a saviour for me really. It allows me to occupy myself with something useful and helps me write too and make music. When I’m teaching I’m always using an instrument or my voice. I did a BA and for that I had to transcribe an album onto manuscript. It took me about 250-300 hours. I handed in a 150 page songbook with all of the scores for it, like a proper orchestral score. Having to do that with my album, totally opened up new ways of arranging.

I’m playing a few festivals, some of them haven’t been announced. You get in trouble for this. You get told when to say things. It’s like being a footballer. Don’t say anything yet. The music business is so tactical, it’s like a war. And relatively speaking, I’ve got quite a small army. Which I’m deserting.

Are attitudes towards mental health issues changing within the music industry?

A lot of people are talking about these issues, as there’s a massive problem across the UK, within children and junior kids. As an adult, life is more difficult. Depression is a symptom of our society but it’s how we get through it, that's important.

In business, mental health isn’t spoken about. The business doesn’t really talk about them as they are personal. The question is whether labels have a responsibility as to whether their artists are mentally sound? And I think they do.

It’s difficult to talk about the music industry as a whole. But if you are an artist, the people you’re involved with should make sure you’re okay. Just as a decent human. They should spot that. But people are scared to appear to be weak. Some people are so scared of mental health problems, that if someone has one, then it impacts the way they feel towards them.

Bipolar disorder used to be called manic depression. The latter is far more human. Everyone knows what that means. The former, no one gets it - it makes you sound like a robot. It doesn’t describe what it is.

What’s next? Are you going to make a second record?

barryhyde.co.uk
Features
Back to top