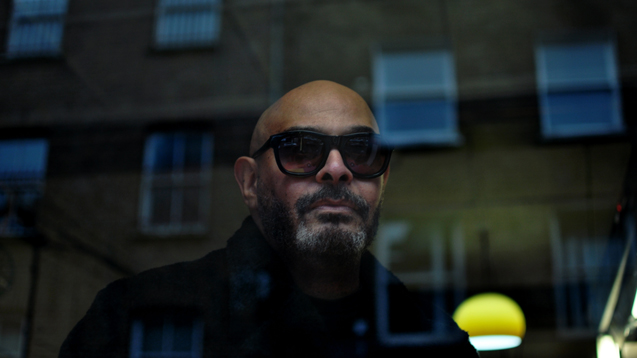 He rose to prominence as the bass player in Mancunian post punks Magazine before a three-year stint with Nick Cave and the Bad Seeds. His seminal debut solo album, Moss Side Story, followed in 1989 and led him to the world of Hollywood film music, with his work soundtracking films from Oliver Stone and Danny Boyle.

Barry’s latest album Know Where To Run was inspired during a recent tour of the US with Nick Cave and the Bad Seeds. On the tour, he took a series of photos which led to a book and accompanying album. Now he’s continuing his sonic endeavours in the flicker between image and film with new EP Love Sick Dick… You can get under the skin of his past, present and future work in our interview...

How did you start your musical life?

It was the radio that first got me, I couldn’t get my head around how this noise could bring out different sorts of emotions, you could lose yourself in it. It was in the sixties and seventies so a boom time for pop music. So there was almost like a musical revolution blasting through the radio. You had Elvis, then the Beatles and the Stones, then Roxy Music, Bowie, then punk. In about ten years I got the biggest musical education I could ever wish for.

What was the inspiration to make your own music?

I wanted to get in a band. And I was lucky to get in two that were really good and did great things in the form of Magazine and Nick Cave and the Bad Seeds. Then later on, I wanted to move into different areas, like connecting music with film and a solo venture where I could express what was going on in a cinematic way through music.

Have you got any favourite memories of your time with the Bad Seeds and Magazine?

I remember Shot By Both Sides being pressed. It was the first record I’d been on that was made by Magazine. I remember going to Piccadilly Station in Manchester at three in the morning to pick up the boxes coming off the train, pulling the single out and thinking ‘this is amazing’. Some came the other day for the new record and I got a similar kind of thing. It’s still like Christmas when you get the record back.

Other highlights were going around the world. It was amazing, visiting so many places, playing so many different stages like the Whisky in LA. Travelling across America in seven weeks, missing gigs, just getting there on time to make the show. Then with the Bad Seeds, being at an airport and seeing a guitar come off on its own on the wrong place in the early days before flights got all supersonic.

Was it always on your mind to strike out solo and release your own music?

Well not really. The stereotypical personality of the bass player is to blend in and anchor the song but thinking about it, I always had ways and means to get myself noticed in the music in the way I was playing. But it was the idea of working in film that became a passion.

How did you get into writing music for films?

My breakthrough solo record was an album called Moss Side Story. The idea was to write a record that was atmospheric and had cinematic moods on it. I kind of picked up the idea that if you wanted to write music in film, then you already had to be doing it. Which was a strange Catch 22. So I thought I’d put this record together as a calling card, send it around to people. Some thought it was on a film already which was great. So it opened doors straight away. I went to Hollywood nine months after and worked on a film called Delusion. I had music featured in Natural Born Killers, worked with Danny Boyle and David Lynch. It was quite incredible really.

Did you find writing for film easier than songwriting?

Know Where To Run is your latest LP - could you explain a little about it?

I undertook to do a tour with Nick Cave and the Bad Seeds and I went on the road. It turned out to be quite a few months in the end and part of the journey was right across America. I had the luxury of taking a decent camera with me and went out and shot some photos. They started putting pictures in my mind and I ended up writing music inspired by the places, the images, the various feelings these parts of America instilled in me.

Has the tension between music and image always been key for you?

Yes it goes back to me listening to music when I was a kid on the radio. I find it very powerful really, it’s always resonated.

Have you any favourite scores?

It’s more the composers. When you put yourself in their shoes, it’s amazing, especially the likes of Ennio Morricone, Mancini, Quincy Jones and John Barry. I love the golden time of the seventies where the score became a really intrinsic part of the film, the third dimension of the picture. It was like a language being transported to us. That tradition has continued with the composer Jeff Russo and his music for the Fargo TV series. It’s great.

How has the creative process evolved over the years?

Technology has changed it. But it’s still amazing to go into a studio and turn everything on and hear the buzz. Experience does count for a bit it turns out, you can rely on it. I’ve put together this latest EP really quickly and it came fast. I knew it was something I could do. Some people ooze songwriting but for me it’s always been a craft, something you can hone. I remember when writing for film, I went into the studio everyday just to do it and get better at it.

The political landscape is in a state of massive change - does that impact your artistic outlook?

It subtly does, I’m not politically vocal but I’m very active under the wire. I’ve got my own theories on how the world is turning into the Matrix. It is like watching a car crash that you can’t take your eyes off it. But you have to, otherwise you’ll just be paralysed.

Have you any advice for new songwriters and composers?

Be as proactive as possible. Get in there and write it, then get out there and get it heard by people. Send it around, to publishers and tune in to what resonates with you, as that’s what will bring other people in…

Barry is currently on tour. You can catch him at the following dates. He’ll also be appearing as our special guest on our next Soho Radio show on 15 May. Look out for more info on our next broadcast...