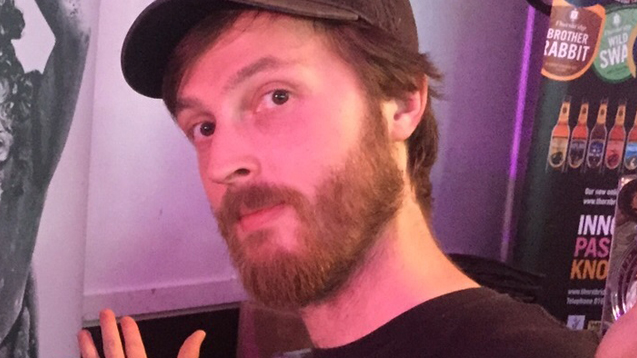 Ash Howard is PRS for Music’s new dance music account manager. He lets us in on his thoughts on electronic music scene...

From breakbeat to drum'n'bass via UK garage, house and techno, UK dance music is in full flow at the moment with more producers and DJs than ever before.

With the scene arguably in peak rude health, PRS for Music recently appointed Ashley Howard as its new dance music account manager. Ash’s role is to oversee the company's relationship with dance music publisher members as well as review processes relating to the scene, plus raise awareness of PRS for Music and its work within the dance music community.

Ash's introduction to the music industry was at music distributor SRD as a sales rep for over 100 UK retailers before spending nearly ten years in a variety of roles at Hospital Records. At the famous label, he worked predominantly as head of publishing but also in A+R and label management.

With this wealth of experience under his belt, Ash is well placed to take on this new role - we caught up with him to learn more about the challenges currently facing dance music as well as the work PRS for Music is undertaking to support the scene…

Originality and a rich history. Britain has always been at the very forefront of electronic music and we are fortunate to have an incredible legacy of ground-breaking artists, DJs, clubs, parties, festivals and record labels with each generation inspiring the next.

What are the key issues and challenges facing dance music artists?

For some artists, making music is becoming a mechanism to secure DJ bookings, where many people earn most of their money. Promoters are looking to book DJs who have already made a name for themselves as a music producer. It means that artists have to hone their skills both in the studio and behind the decks in order to further their careers. For emerging artists, one of the biggest challenges is identifying all the available income streams and finding the right manager/label/publisher/agent/etc. to help support a full-time career in music.

Bloc’s George Hull suggested in an article earlier this year that electronica had become both ‘boring and tedious’ - what are your thoughts on his piece?

Let's not forget what amazing things those guys have achieved with Bloc - if only that Pleasure Gardens event had turned out differently in 2012! I do remember reading that article though and thinking that it was a little unfair on younger fans of dance music. Long gone are the days of free parties outside the M25 in the late eighties and early nineties with police forever one step behind. The modern clubbing/festival experience in the UK (for better or worse) involves expensive drinks, advanced tickets, tight security, the smoking ban, shorter opening hours and noise restrictions, even the way events are programmed and curated is different. Things change, music changes, sometimes for the worse and sometimes without our control, but ultimately people still crave good music and like-minded people to share it with.  As a scene and an industry we need to collectively ensure that places to experience dance/electronic music continue to exist and thrive.

He also talked about safe space legislation having a negative impact on clubs - what is your take on this? Is UK club culture under threat from your perspective?

It's important that clubs take responsibility for the safety of all their customers and make them inclusive places regardless of gender, sexuality or race, but I’ll confess I'm yet to experience or understand the impact of safe space legislation.

The real threat to club culture, in London at least, comes from strict licensing conditions from local councils, attitudes towards drugs and a booming property market with high rent increases. A significant number of key London nightclubs have closed over the last 10 years due to one of or a combination of these issues. Nightclubs are vital to the creative fabric (excuse the pun) of a city like London, they are the best places to experience dance/electronic music and they are vital for the development of creative industries/people. With the news that another clubbing institution, Fabric, is under threat, I just hope that they come through their license review relatively unscathed. I also look forward to the new London mayor Sadiq Khan doing more to protect London’s nightlife.

What more needs to be done by the wider electronic music community and PRS for Music to champion dance music producers and support their work?

A growing area of interest is in the deployment of music recognition technology to track music usage and inform fairer, more accurate royalty distributions. This isn't genre specific, but within dance music it offers an opportunity to gain a greater understanding of what music is being played in DJ sets and to make sure the right people are getting paid. It also has the potential to open up some value in the ‘long tail’ of income where a lot of underground dance music sits. PRS already utilises this technology in some areas, but it is going to grow and become more prevalent globally in a variety of scenarios. It needs the full support and participation of the industry by which I mean collection societies, trade/music bodies, venues, digital service providers, booking agents, promoters, distributors, publishers, labels, artists and DJs. At this point it's worth highlighting the initiatives that the Association for Electronic Music are pushing within dance/electronic music and the great work that the PRS for Music Foundation does in terms of funding artists within the genre.

What can electronic music producers do to get the most out of their PRS for Music membership?

In dance music in particular, there is sometimes a lack of knowledge around the concept of songwriting and the role PRS plays in the career of an artist. There is often confusion about publishing copyright versus recording copyright, the roles of PRS and PPL and the different revenue streams associated with each. Terminology can be also be confusing. Are you a songwriter or a producer? Do you create tracks or musical works? The answer, in a dance context, is usually both. Which in turn poses additional questions: Are you a member of PRS? Do you (or your representatives) register your tracks/works with us? Do we have your correct bank/contact details? Do you submit your DJ setlists to ensure you collect performance royalties? If the answer is no and your music is being played on TV/radio, or in clubs, or is made commercially available physically or digitally, then you are probably missing out on income. I would also encourage existing PRS members to make sure their counterparts and collaborators sign up too!

What does the future look like for PRS for Music’s dance music initiatives?

We continue to actively interact with dance-focussed publisher/writer members and the wider dance community in a variety of ways. PRS continues to have a presence at international music festivals and conferences such as the Brighton Music Conference, the International Music Summit in Ibiza and the Amsterdam Dance Event. There is definitely scope to do more though and I'm working on launching an initiative specific to dance and electronic music. There are also couple of significant PRS projects that will have a positive impact on dance/electronic music that I hope we can speak about publicly in the coming months.

Which new and emerging electronic artists should we be looking out for?

I like the way Conducta is reviving old school garage flavours. The debut Pola & Bryson is well worth a listen, it brilliantly demonstrates the musical side of drum and bass. 1991 is also a promising talent, as is Dutch producer Signal.

You can catch Ash speaking at BPM PRO in Birmingham on 12 September and Paris Electronic Week on 21 September.
Features
Back to top