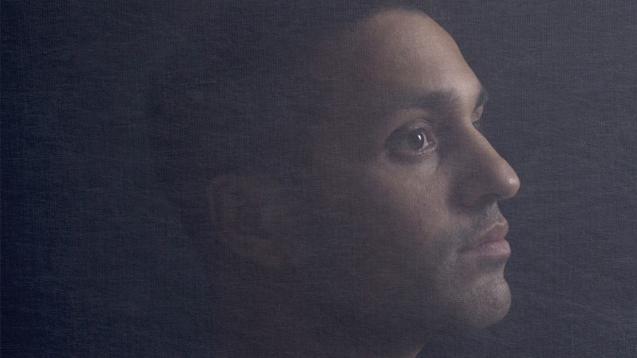 We quiz London Contemporary Voices founder Anil Sebastian on his new album of bubbling electronica Mesonoxian and why the choir is both the ‘cure and cause of his madness’...

London-based musical innovator Anil Sebastian is the founder of the much-loved London Contemporary Voices (LCV) choir, a role that has seen him collaborate with more than 50 artists.

It’s this work, with the likes of Sam Smith, Laura Mvula, Eska and Imogen Heap, that feeds into his debut album.

I was in my first band at two. It was called Anil Scream. My two oldest brothers Kumar and Nimar would play thrashy punk - one would shout ‘Anil scream’ - and I’d scream until they shouted ‘Anil stop’. Later at around 10, my dad got hold of a really simple software midi sequencer called Voyetra and I started programming songs on our Amstrad PC. My sister and mum taught me guitar. I sang constantly.

What inspired you to start wanting to make your own music?

My dad was critically ill throughout my childhood so music was a way of creating a world that was better than the one I was in. We had a very turbulent life - but music was always sacred. It kept me alive - and it was the glue in our family. Dad befriended some local nuns and they let us use their basement as a studio. He set it up and sat in the corner while we made music (often wired up to some kind of machine - and for quite a while in a half-body caste). He never said much about it - just sat quietly - smiling - and listening to it all. As he deteriorated, I became a hermit. It went on for years. I cut up his old Mrdngam cassette tapes into loops - and sang over them with classical music from the radio in the background. I found myself drawn to Bartok, Arvo Paert and Stockhausen in particular but also to my brothers’ metal tapes. I was introduced to both physics and drum and bass by my brother Ingmar and his uni mates - I even used to sneak in to some of my brother’s lectures. I got hold of BjÖrk, Sigur Ros, Cocteau Twins and Portishead later than everyone else. In fact, I think I first heard Army of Me in a gay club when I was 14. It got me through. That, maths and a stolen swig of Dad’s morphine that didn’t end as badly as it could have.

You are the founder and director of the celebrated LCV choir – how did you set up the choir?

I co-founded it with Didier Rochard for a special show Imogen Heap did at the Royal Albert Hall. Back in my my teens, I toured with her as a guitarist in Japan. She wanted to make a choir of people she’d worked with and so she asked us to create it. We loved it and decided to keep it going. Since then we’ve collaborated with over a hundred artists including alt-J, Sam Smith and Laura Mvula. We performed with alt-J on Jools Holland and even got asked to do a number of fashion shows for Burberry which was incredible. A few months back, we even did a special choral version of Imogen Heap’s Hide and Seek for the Harry Potter The Cursed Child stage play. It’s been a mad five years. The choir is a bit like a love army - it’s a creative community first and foremost - but it’s also both the cure and cause of a lot of my madness.

What was the most memorable collaboration?

A show we curated at Union Chapel with Imogen Heap, Guy Sigsworth, Nitin Sawhney, Manu Delago and Shlomo - basically six of my musical heroes all in one show. They’re phenomenal, beautiful and kind people.

How have these experiences helped inform your own artist material?

Immensely. They gave me the time and kept me alive creatively to be ready to put out these songs. It was all to raw for me before that point - I don’t think I would have survived it - or been able to do it with much integrity to be honest.

Also, over the last couple of years, I’ve been working with Guy Sigsworth on a new solo project of his which he’s putting out under a different name. My own work is heavily influenced by him - and in particular his hand in BjÖrk’s Homogenic and Vespertine albums as well as from Frou Frou his project with Imogen Heap.

Could you explain about your debut album, Mesonoxian?

Mesonoxian means ‘pertaining to midnight’. I was a terrible insomniac sleep-walker kid - still am. I remember watching the stars from my window when I was young, wanting to Jack-and-the-beanstalk myself off the planet, to begin again. If we could leave and start again, would we fail in the same ways again? Could we fail better than we have?

Hiraeth, the title of the animated film Casual Psychotic made for my first two singles Human and Living is a Welsh word that describes the feeling I had - a homesick grief for something that no longer exists (or in this case probably never did). Human life is a perplexing clusterfuck. We are tiny in the universe but look to space, the cold desolate void that surrounds us, as an expanse of hope and the future. Mesonoxian is about all of these things.

Who would you love to collaborate with?

I think collaborating with Chandru and the Bollywood String Orchestra would be a dream come true. Nils Frahm, Arca and Jon Hopkins would be really interesting to work with. I’d also love the choir to work with people like Elizabeth Fraser, Portishead and Massive Attack. Outside of that I’m a massive Icelandophile so BjÖrk, Sigur Ros, Olafur Arnaulds and the many incredible creative minds who work on their stuff are all up there in my top ten.

Have you any advice for new and emerging composers/songwriters?

Be nice - not just to people you’re trying to impress but be nice to everyone, including crew, interns, receptions, cleaners. Music doesn’t have to be a war of all against all. Make friends with other artists - build communities rather than seeing other musicians a competition. Embrace your uniqueness and don’t preoccupy yourself with trying to be cool. Work very, very hard. Know, learn and get on with the business side of things including admin - be decisive - unless you’re incredibly lucky, you will need to do it yourself - no one else will do it for you.

What future projects are you planning/working on?