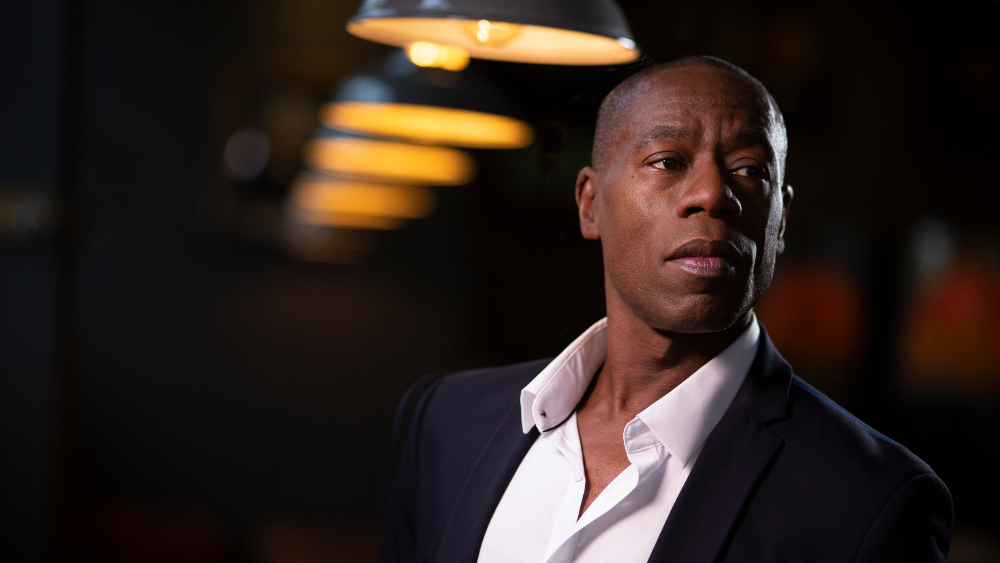 Andrew’s creative career began in 1987 when he formed the band Roachford, and a year later the group had a smash hit with Cuddly Toy.

In 2003 he released his first solo album, Heart of the Matter, and later joined Mike + the Mechanics for what would be a ten year stretch of touring and recording.

And now his rich a varied career is set to enter another act with the release of his forthcoming album, the aptly titled Once In A Lifetime.

The record channels classic soul but also offers up a contemporary twist, featuring members of Amy Winehouse’s band and a duet with Beverly Knight.

Andrew’s latest artistic pursuits follow a very special recognition in the form of an MBE for Services to Music, which he was awarded in January.

Ahead of the album’s release and a supporting tour, we caught up with Andrew to get his reaction to the MBE, the story behind the record and his tips for emerging artists…

What’s the thinking behind your new record Twice in a Lifetime?

When I’m recording I’m almost trying to capture what it is that we got live and try and get that on to a record. I worked with a producer called Jimmy Hogarth — who has done Amy Winehouse’s first record, Duffy and a lot of stuff — and he has a beautiful studio that is quite old school, with tape and all that. I just thought, I can have fun here and make a good record.

The records I love – I love Talking Book by Stevie Wonder, and songs with a lot of good emotive energy to them. I wanted to do that but still sound contemporary. The album is live, it’s been played, it’s not all sequenced out. There’s not a lot of heavy technology going on, we recorded it on to tape, using a live horn section and it just has a nice feel to it.

What’s been inspiring you musically while making the record?

There’re different things. I still like a lot of the old stuff, like Marvin Gaye and Al Green. I really love the Memphis soul sound, like Otis Redding. I really wanted a bit of that flavour, but obviously with a contemporary feel.

It’s one of those things, if you can make those things marry, it’s such a cool thing because it brings different people into what you do.

How did it feel to return to solo recording having been with Mike + the Mechanics for the past 10 years?

I love working with Mike + the Mechanics and we did a few albums together. However, it’s obviously Mike’s baby and Mike’s vision, and even though I’ve co-written a lot of stuff on the last Mechanic’s albums, I was looking forward to doing something that was really just me and more my expression and take on things. Plus, I wanted get back to more of a deeper soul side of what I do.

Ten years ago if you told me I’d be singing lead vocals with Mike + the Mechanics — I didn’t see that coming and it’s so left-field for me. But when we did it, it made sense. I learnt a lot from working with Mike, musically, and also the way he conducts himself. He keeps his eye on the prize. He knows what he wants musically and he stays true to that. I learnt a lot from working with him and I brought that to what I do.

How do you think your music has evolved over time?

I think we evolve as a human being as well. On the earth you take a lot from your life and your relationships and that goes into your art. Whether you plan it that way or not, it just does. It’s who you are. I’m the kind of artist and musician that does things from the heart, so it’s all real, it’s an extension of me. I don’t look at music and who I am day-to-day as two separate things, they’re the same thing.

You had an operation on your vocal cords a year ago – did that lead you to re-evaluate your career?

I think it’s probably something that needed to happen. I’ve never had that before and it forces you to sow down for a minute. Trying to juggle with two bands at the time looks its toll. It actually gave me time to think about where I want to go next. When you’re self employed you have to have a plan for your career or it can end up just floating [laughs]. You have to have destinations and when you’ve arrived at one you need to have another one. It gave me time to think, where do I wanna go now? What do I want to do with my career and my life?

I’m a musician first. I think if you’re a pop star or a celebrity, that is something that you may want to retire from, you may want to withdraw form being in the public eye. But you can’t withdraw from being creative, that is your definition of who you are.

It’s over 30 years since Cuddly Toy was released – what do you think it is about that song that continues to resonate with people?

I remember one time I was invited to go backstage and meet Billy Joel, and he started quizzing me about Cuddly Toy, like, ‘what did you do and how did you make that?’ And I said to him, ‘I don’t know, I just wrote a song.’ That wasn’t the answer he wanted, but that’s the reality. It’s just another song that I wrote that just happened to connect with people.

I wanted to write an uptempo song for the live set and I was also writing as song about the bizarre chat up lines my keyboard player had at the time. It was meant to be humorous, it sends itself up. It’s quite self-evidently not taking itself too seriously.’

When I first presented it to the record company they were quite horrified at the title and they didn’t want me to call it that [laughs]. But I said I’m not going to release it unless we keep it because that was part of the whole idea of the song — it’s tongue-in-cheek.

You can be  tongue-in-cheek and yet still have musical depth and I don’t think people thought you could do both in the same song. But that’s what I did. Comedy can be a way you can put across something that maybe wouldn’t be palatable if it was done in a serious way.

Is it important to you, that you stick to your guns artistically?

When I made this record I was lucky enough that BMG came along and they wanted to sign me. They understood, but some don’t know what you are and what’s good about you and then you’ve got to stick to your guns because you can end up with no one getting anywhere. You can find yourself with no identity by the time they’re finished with you.

You were recently awarded an MBE for Services to Music – how did it feel to be recognised in that way?

It’s very surreal. Of course, I didn’t see that coming. If I was nominated for a BRIT or something, that would still be amazing, but you would kind of go, well, I’m in that industry and that happens. But this knocked me sideways [laughs]. I remembered my mum giving me piano lessons as a kid and investing so much time and money into what I am now. For her, I felt really happy and to take her to Buckingham Palace, that was a pinnacle moment in her life.

It definitely starts with your craft and pushing yourself to be the best you can be. Don’t rest on your laurels. You might happen to have a nice voice or you can play drums really fast [laughs], but you have to realise it is your job. If you treat it like a hobby that’s what it will it will be. If you treat it like a career then you might actually be able to make a living from it. It’s not easy making a living in the arts, it’s a challenge. It’s not always rewarded in that way so you have to really investigate how you get to point where you’re actually making money from it.

How do you feel about the music scene in the UK at the moment?

I think it’s in a good place. I feel like it went through a lull – I mean, when I say a lull, because at a certain time in the nineties it was all about the DJ culture. People stopped thinking instruments were cool and that’s not the case now. It’s cool to have a guitar on your back and go to a music college. That’s good because it raises the standard and because we have stuff like YouTube, people who couldn’t actually afford lessons can learn online. There’s information out there that wasn’t there when I was growing up. You had to find your own way or have the money to get that kind of tuition. If you play smart you can make a living from it.

What do you have lined up for the rest of the year?

A lot of people, surprisingly, who know Cuddly Toy have never come to a gig of mine. They have no idea of what it is that I really do. They think they do until they come to the gig, and then they realise they had no idea.

I guess I’ve spent most of my career being quite an underrated artist, so it is satisfying when people hear and actually get what you are and not what they thought you were. It’s about not writing yourself off.

Twice In A Life time is released 3 April via BMG.