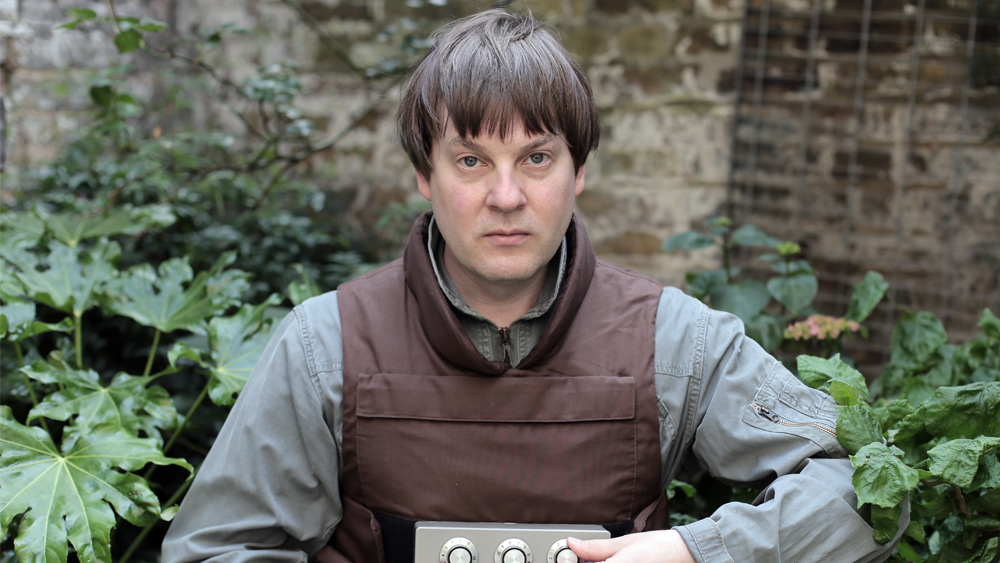 Free of that paralysing search for perfection, he has been making inquisitive, unconventional music under various guises that takes in folk, drone, ambient, pop and a whole lot more in between.

A restless musical mind, Alexander has consistently flitted between solo recordings and a host of collaborative work.

From forays into post hardcore in the early nineties with Unhome, through his ghostly experiments as Imbogodom with Daniel Beban, to Grumbling Fur’s astral synth pop, Alexander’s musical path is constantly evolving.

His forthcoming record, Guild of the Asbestos Weaver, is a further progression in a career of left turns and deep dives.

Taking his cue from the science fiction writing of authors like Philip K. Dick and H.P. Lovecraft, Alexander delves further into acoustic and synthesised experiments.

The resulting work offers up expansive and deeply psychedelic tunes that on the one hand soothe and mesmerise while also conjuring a foreboding undercurrent.

Ahead of the release of his eighth studio album, we chat to the songwriter about his influences, processes and what drives his musically curious mind…

What music did you grow up listening to?
The Beatles were one of my first loves. I loved Electric Ladyland, Jimi Hendrix. But there were also things like Stravinsky’s The Rite of Spring and classical compilations that I liked as well. And a bit of Fleetwood Mac, but the Peter Green era. I think it was my sister that was pulling a lot of those records out. I think she got into The Doors, so I got into The Doors as well. It was just in the house and I liked it. When I was about 15 my art teacher – he must have been in his early 20s, a guy called Nick Goodman – he turned me on to Cardiacs and Devo and The Residents.

And what was it that inspired you to start making your own music?
When I was really little my sister would put certain Beatles songs on just to make me cry. I just couldn’t help it. I would just hear music and have this incredible emotional response to it. It made me really want to be involved with it and make music. It was many years until I made my own, because even when I was in bands and I was singing, but there were always other people coming up with the music. I learnt to compose things just by using my voice and learning how to place it throughout a song and where to leave space, where there’s a nice melody or where to make weird sounds or talk or whatever it was.

How does your collaborative work feed into your solo work and vice versa?
Every collaboration I have ever made with anyone has always fed into my larger work and vice versa. Wherever I am personally has always fed into the people or the bands that I’m collaborating with. I think it’s just this cycle really. I’ve definitely learned a lot of things from working with Dan O’Sullivan and also Daniel Beban. I’ve recently been collaborating with Nik Void from Factory Floor and with that we were recording, and she was doing certain things and I was like, ‘wow, I never thought of that.’

It’s not always music. I’ve been really obsessed by the Aliens films. David Lynch as well, Twin Peaks: The Return, that’s fed in massively into what I’ve been doing recently. Also, books. I got into H.P. Lovecraft the last few years and was rereading Fahrenheit 451. The new album, Guild of the Asbestos Weavers, the title is from that.

What’s the thinking behind Guild of the Asbestos Weaver?
I’d been doing a lot of stuff with Grumbling Fur and I was using a lot of techniques and things that I’d been using with Grumbling Fur live. Just picking up a sampler, real time sampling – which I hadn’t had before, I’d always had loop pedals – and they’re such wonderful machines. I wanted to keep things quite minimal and simplistic in a way – much like Spacemen 3 or Sonic Boom’s Spectrum – cut off a lot of the fat and keep these really pure simple melodies.

You’ve talked about how you’ve weaved together your influences into repetitious cycles for this record. What draws you to repetition?
Initially repetition was something I got into when I was first learning to write music. It was almost like I didn’t have the breadth of knowledge of music, so I was just able to take these small elements and then weave those into these cycles. I guess there’s that mantric quality to it that pulls you in to a meditative state of mind. It pulls out a lot of information, most music has so much information and that’s the beautiful thing of minimalism and those composers. 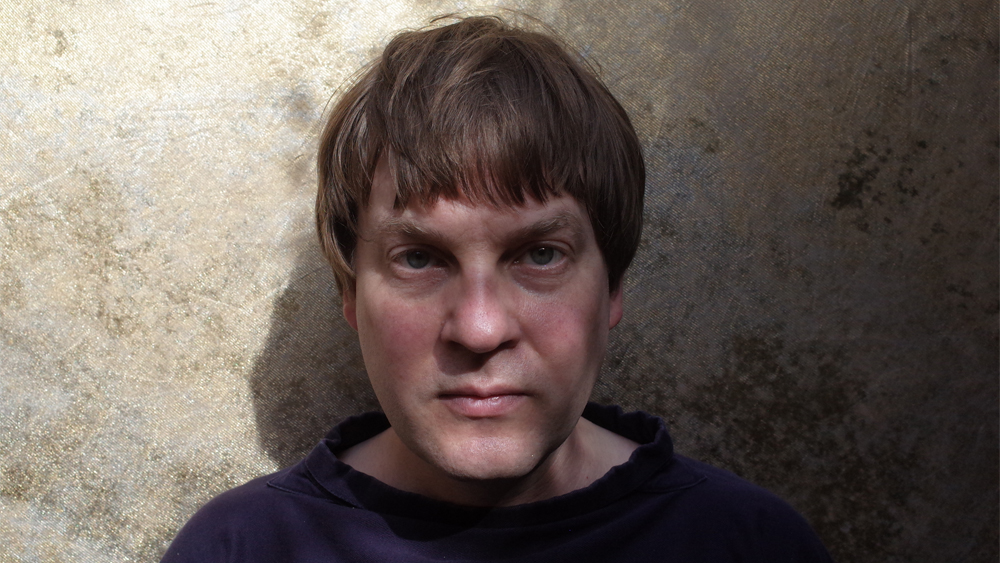 How do you think your music has evolved since your first solo recording?
I’ve always felt like instead of waiting until I’ve got enough knowledge to do things a certain way, I’ve just documented wherever I am at that point in time. You get some young folks who are just super talented, and it all comes spilling out when they’re young then peters off. I’ve felt the opposite almost. For me, each one I feel gets a little bit better. Not better, but I do feel like I improve. It’s a constant learning process. I always think why not just document it and move on, rather than getting hung up or obsessed with the perfect song or composition. It doesn’t exist. You just have those magical points. I always had quite rudimentary ways of doing things and it’s the first time in my life where I’ve actually got some equipment where I can make things sound a bit more like I want them to sound.

How do you go about blending acoustic instrumentation and synthesised sound?
I love to combine cello and analogue synths and they both have this gorgeous grain, so when you push those grains together you get these kind of laminating sounds. You can’t really tell which one is which. I’ve always loved processing acoustic sounds, especially cello and acoustic guitar. I never enjoyed playing electric guitar, never. I enjoy making noise with it, using EBow on it and cranking it and just getting feedback. I like it as a conduit. I really don’t enjoy playing it at all, I think because I feel like I’m pushing against it because it’s so ubiquitous.

You play all the instruments on the record, is it important that you retain autonomy when you’re making a solo record?
The way I always think about it with solo stuff is, ‘why don’t I just do it.’ I really wanted a tuba player on this record, and I’d been talking to somebody who knew somebody, but then it just didn’t happen. I had ten days in the studio to get this finished, and I was just like, ‘oh, it’s fine, the synths can be the big bass-y reedy sounds instead.’

I’ve known people over the years who are like, ‘I’ve just got to get this piece of equipment,’ or ‘I’ve just got to get this and then I’m set.’ It either takes them a very long time or they just don’t ever really do it. I guess I’ve always had the confidence to think, ‘I could make this piece with a pencil, I can make it with oils, I can make it with objects.’ It doesn’t matter what they are, I could use an elastic band or work with an ensemble. If the moment presents itself, I’ll just get on with it.

Is it important to keep that balance of collaborating and doing solo work?
Definitely. I’m not easily bored, but I like to keep things moving on. I’ve made five or six solo albums over those past few years and then I started doing Imbogodom at Bush House with Daniel Beban. And Dan (O’Sullivan) and I are always tinkering away on stuff.

With the solo stuff, at the end of ATP I was not actually enjoying that way of working as much as I had. I still really enjoyed playing live, that’s great, but it was the processes I was using, they stopped throwing up the magic they had to begin with.

Can you tell us more about how you’ve taken inspiration from sci-fi writers like Philip K. Dick, H.P. Lovecraft, Ray Bradbury and Alan Moore for this record?
They’re all people that try and create these really complete worlds. I think that’s what I try and do with those pieces. With music it’s quite interesting that you can have a very clear visual interpretation that you’re transmitting just through sound, and people very often pick up on very specific visual elements that you’ve placed in a non-visual environment. I don’t really know how that happens. That’s quite amazing. It’s funny with music; what is it in a way? What’s an album? It’s not like a book where you very obviously open it up and it’s being fired into your brain. Same with a film, you’ve got the poster, cover of the DVD or whatever, then you’re having the imagery fired into your brain. Albums are similar, once again you have the cover, but that’s about it. It stops there, the rest is really ineffable.

What do you have in store for the rest of the year?
With Grumbling Fur, we’ve got some more concerts coming up with Charlemagne Palestine and then we’ve got a new album that’s almost finished. Hopefully Dan and I will find the time to get the album off the ground. He’s got a million things going on.

This new electronic project I’m working on is called MICROCORPS, I’ve done two concerts with that so far. So, building that up as well. I’m also getting some live dates in for this record. I’m playing The Quietus Social in September. I feel like after this record I’d like to focus on improvisation and more open-ended things. Composition that isn’t tied to the song basically.

Guild of the Asbestos Weaver is released via Thrill Jockey on 23 August.