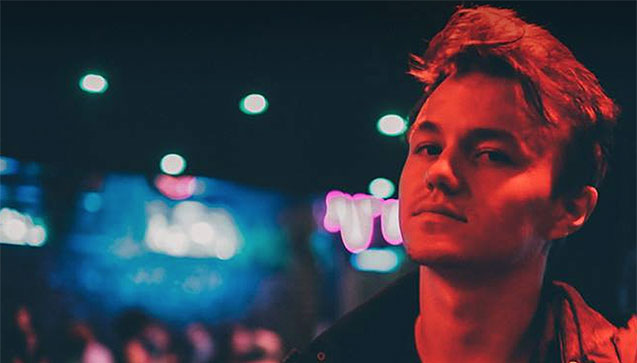 ‘When Stormzy went to number one in the charts with an album that predominantly had a grime sound… it showed that the barriers to the charts have really been knocked down this year,’ says GRM Daily editor-in-chief Alex Griffin.

Helming editorial for one of the UK’s leading urban music platforms, he’s watched the story of grime unfold over recent years to become both a headline attraction and mainstream mainstay.

In 2017, pushed forward by the likes of J Hus, Nines, Giggs and of course Stormzy, it’s taken its biggest share of Spotify plays ever, says Alex – up from 89 million streams in August 2016 to 206 million streams by August 2017.

Testament to the music’s growing stature is the development of GRM Daily’s flagship Rated Awards, which returns for its third edition tomorrow (Tuesday).

Sponsored by PRS for Music among others, it gathers UK urban music’s brightest stars together to recognise the best acts currently on the scene, as voted by the public.

With this year’s accolades more hotly contested than ever, Alex lets us in on the state of grime at the back end of 2017 and what’s in store for the genre as we head into 2018…

How did you first get involved with GRM Daily?

I started at GRM while I was studying at university, just writing the odd interview or video write-up. I made a nuisance of myself enough for them to bring me on eventually, progressing to my current role as editor-in-chief.

How is grime reaching new audiences this year?

Obviously the internet plays a massive part in how people digest and discover music nowadays, not just in grime, but in all genres. Streaming services like Apple Music and Spotify have been right behind grime and UK rap this year which I think has given it a big push. Spotify reported that in August 2016 they had 89 million streams of grime music; now in 2017 at the same time of year they’ve had 206 million streams.

What major developments have you noticed over the last six months?

Stormzy went to number one in the charts with an album that predominantly had a grime sound, making his mark on UK music history. It showed that the barriers to the charts have really been knocked down; rap artists like J Hus, Nines and Giggs have all had a huge impact on them this year too. Boy Better Know took over the entire O2 Arena space and brought grime to its biggest stage yet. People from overseas are paying attention to slew of artists from this side of the pond. There’s been plenty of developments this year.

How do you see the sound maturing?

This year, afrobeats and bashment - or a style that blends the two with rap that’s now being called afrobashment or afroswing - was the sound that really took over the streets and the clubs of the UK, so who knows where it’s heading again in the next year or so?

Do you think there are still barriers for artists in terms of mainstream recognition?

Of course, there always are barriers, but it’s certainly a lot easier than it used to be. There are still a number of obstacles for artists to overcome, but the pathways are there now.

Can the industry to do more to help new grime artists coming through?

Everybody is playing their part and I know countless people that dedicate their lives to putting grime and rap music onto a pedestal and pushing it forward. There’s always work to be done though, so there will always be new ways created to help artists break through.

Which new artists should we be keeping an eye on?

These kind of questions are bound to get me in trouble if I leave anybody out! There’s literally countless names I could give you right now… Obviously everybody nominated for Best Breakthrough at the Rated Awards this year earns a special shout-out.

What’s the thinking behind the Rated Awards and what’s in store for this year’s show?

The Rated Awards were established in 2015 to do something that wasn't already happening: celebrate diversity and a culture that deserved celebrating. I can’t give away too much about this year’s show, but it’s the closest year yet. We’ve had a huge increase in the numbers of voters and even I don’t know who’s taking home what yet. Every vote counts quite literally this year!

Read the full list of Rated Awards 2017 nominees.
Features
Back to top