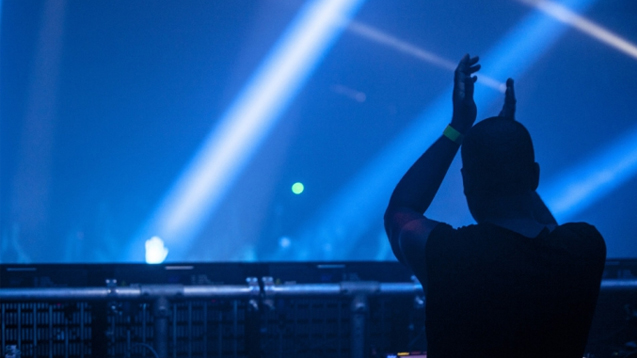 We quiz Alan Miller from the Night Time Industries Association on the plight of Fabric, plus the challenges and opportunities facing UK nightlife…

London night life has always been in a constant state of flux but for many 2016 is rapidly becoming a nadir.

Why? Well the recent closure of Fabric, a much loved and respected institution in the capital's nocturnal landscape, has sent shockwaves through the UK’s clubbing community and beyond.

The licence was revoked by Islington Council’s licensing sub-committee following two drug-related deaths at the venue. For many, Fabric has been used as a scapegoat for issues surrounding drugs and their access, problems that arguably go far beyond its control. Others also believe that the decision sets a dangerous precedent - if this club, once described as a ‘beacon for best practice’ for safety, can be shut down by the authorities, then anyone is fair game.

Coupled with the recent closure of Dance Tunnel and Passing Clouds in London, plus figures from the Association of Licensed Multiple Retailers showing that nearly half the UK's nightclubs have shut their doors in the last 10 years and the situation looks bleak.

Fabric is in the process of launching an appeal against the decision, ably supported by The Night Time Industries Association (NTIA), an organisation aimed at championing electronic music and clubbing culture. We caught up with the body's chairman Alan Miller to find out more about the appeal and what concerned dance music fans can do to support the initiative…

What is currently happening with Fabric and the appeal?

We’re going to support the appeal with events and messaging, to encourage people to help raise money and to get behind the club.

We are working from a lobbying perspective. We do not believe that venues should be held accountable, when they act professionally, for personal behaviour or personal crime, or when sadly, people make a decision to do something that ends in their deaths.

We are saying that the language in licensing and guidance needs to be addressed. At the moment in current legislation, police have to be listened to disproportionately. We think there are other stakeholders that should be heard as licensing committees aren’t magistrates and have to weigh up an enormous amount of information. Evidence needs to be cross interrogated, otherwise it can be quite limited.

We’re also preparing ourselves up so we have a response capability in place for emergencies for members and others when situations like this arise. We feel we are in a position to advise and to support venues, particularly as QC Philip Kolvin, is on our board and has pretty much written the book on licensing.

What can concerned clubbers do to show their support for Fabric?

First thing they should do is sign our petition Night Life Matters as this goes through directly to MPs and councillors. And we know this works. We worked on the We Love Hackney campaign and this had an enormous impact.

You can go visit the MP, and say why it’s so important, either at their surgeries or via one-on-one visits. People like [Islington South MP] Emily Thornberry, if they are contacted on an issue, they'll make a statement.

Everyone should also try and contribute to the campaign so that Fabric can exist and continue the fight. If someone reviews you and closes the premises, then most venues are not in a position to fight.

What are your thoughts on the role of the night time czar? Can that person make an impact on London’s night life?

I hope so - but we need to be realistic. It’s not going to be a panacea. We need to remember it’s an employed position under the mayor. It’s a very important role as they will be working as an ambassador. They will have to work with different stakeholders and communicate strongly. They need to understand the nuances of London’s night life, the economy amid the context of reduced resources but also, they need to be very effective in rallying around the boroughs. We need to work together on this - in the end, this is about urban planning, and policy for the next 20 years, to explore the kind of city we want London to be. Everyone has to be round the table together. If done properly, I reckon it can be an effective position but it has to be someone who has experience in various realms and can bring that all together.

Are you optimistic about Fabric’s appeal?

I’m optimistic that they can get the decision over turned via the appeal. The evidence is very shaky, there are inconsistencies and issues. However, we have to remember that they may win the appeal but there might be so many conditions, there’s no point in continuing in any case. We need to be realistic, that until the UK stops drugs coming through the border, and they’re prohibited, no amount of activity can stop this.

We need to have a conversation about decriminalisation like in Colardo and elsewhere, plus drug testing offered by charity the Loop at Secret Garden Party and Parklife festivals – not just at clubs but in town centres. But we also need to recognise that, it won’t stop people taking things. There is a conversation about personal responsibility here.

Visit ntia.co.uk to find out more about the appeal and Night Life Matters campaign.

Read more about the closure of Fabric and why UK's clubland is at a transitional moment.