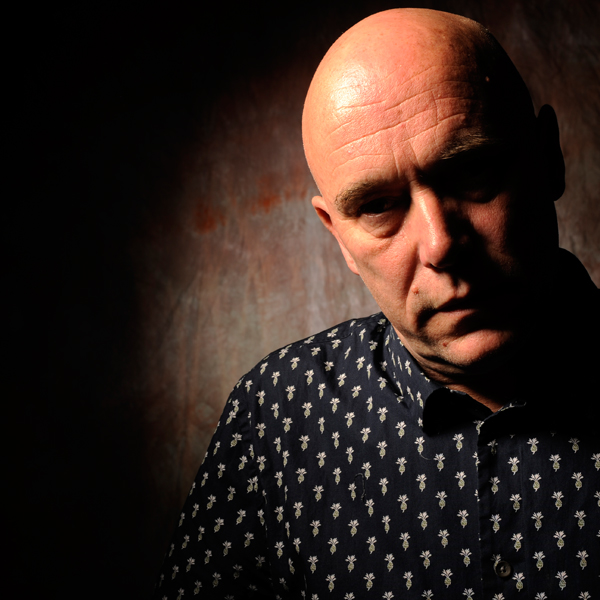 We quiz the On-U Sound veteran on how the role of the producer has changed and how John Peel helped kick-start his musical career...

Adrian Sherwood’s name is one usually associated with dub reggae but his production figures have covered a vast sphere of sound since he first emerged in the late seventies.

After being mentored by the likes of Prince Far I, Dennis Bovell and Lee ‘Scratch’ Perry, he’s gone to build up a huge catalogue of music, marrying Jamaican rhythms with post punk, bass and anything else he could his hands on. As a DJ, sound engineer and controller, Adrian has collaborated with The Clash, the Slits and Public Image Limited and more recently with Tectonic boss and dubstep pioneer Pinch on the pair’s Late Night Endless album. We caught up with Adrian to find out how he got into producing, his top tips and how he owes his career to John Peel…

How did you end up making and producing music?

I started out with a little distribution company and licensed tapes from Jamaica for a record label we started. I was 18 and a junior partner in the label. The next year I did my first ever session. We made an album and I put down 'produced by Adrian', released it on a new label I’d just started. That was my second label, Hit Run, and we issued my first, so-called production. But when you say producer, I financed it. I hummed the basslines to the bass player, who was a calypso bass player from High Wycombe. I hired the studios. Chips, who was my mate, had got Dennis Bovell to engineer it. I made the whole album for 200 quid and that was it. I was blagging it to be honest.

Did you always want to make music your career?

I did it for a laugh, put it out for fun. I swear to god I was sat in Westbourne Grove with Prince Far I sat next to me. The John Peel show started and, completely unbeknown to me, John said: ‘I’m gonna play you the best dub record to ever come out of England. This is amazing. This is Creation Rebel.’ He played the first three tracks to open his show and after that I was away. I owe it to the late, great John Peel for turning me into a producer.

Did artists start coming to you?

Not immediately. But a year or so later, we started doing gigs, and non reggae bands were coming to the gigs, brilliant ones of the time like the Slits and the Clash, Generation x and the Pistols. We got invited on tours with the Clash and the Slits. Lydon introduced me to Keith Levine, he came to the studio, guested on some tracks. I ended up doing some work with Mark Stewart and before you know it, you’re mixing up things. I was in the right place at the right time really, mixing non-reggae players with reggae ones.

It must have been amazing working with such great artists?

At the time you don’t think about it. You just think – ‘I’ll get so and so on it. That’s a bit weird.’ But people really liked it. I was struggling to pay the bills, struggling to sell enough records to pay off my last debt I had. I wasn’t going around at the time thinking this was great. I was head down, trying to get the next record out to pay for the next one. I lost the rights to lots of my old tunes as I was licensing them to dodgy labels to try and make enough money to pay for the next one.

You’ve been producing for years - how has the role of the producer changed?

The classic production team fascinates me. If you look at the production houses in America, like the Tamla team, you’d have an arranger doing horns, another on strings, another doing actual writing - there’d be a whole team working on the tunes. That’s one level of production. I’m not very musical so I like working with others - I bounce off people really well. If I work on my own calling all the shots, then it’s like someone working in the box, as they call it, a one man production team like Mike Oldfield or something. I prefer it when there are three or four people working as a team, making a great job of a classic song. That’s how it was but now it’s more like one-man and his box.

That’s truefully what production has become. Some talented, weirdo, nerdy type in his or her bedroom working on their own. The dynamics are different to how the old production houses used to work.

Have you got any advice for new producers?

Buy a very good microphone. That’s important. Try and get a bit of performance on everything you do. It brings it to life more. But a good microphone for recording - they’re not that expensive for the time you’ll save. The amount of people I’ve met who struggle although they’ve got great ideas but not recorded as well as it could be. With the digital domain you can record everything pretty well - the voice and live percussion or sounds, you must invest in a good mike.

Is there still a role for the producer?

It depends. The producer could be the person who finances something, puts a team together and oversees the whole thing from beginning to end, which is something I’ve done a number of times. I’ve mixed it - as a producer you play a few different roles.

You’ve got another producer who does everything themselves. Others take a singer, great programmer and some performance led musicians - that’s a whole other job which comes with experience. That’s a craft - some people think its superseded by plug in electronica. If you can mix the craft of recording technique and understanding how to put arrangements together, that’s another art. I can do all these things but I know if I’m doing something I’ll hire a great engineer, someone to do another role. My role as producer is to get a great result. That’s really boring. But having a phone book with some good numbers in it can be very helpful.

Visit Adrian Sherwood's website for some more info on the producer and his work. Look out for a full interview with Adrian and Pinch...

Sherwood At The Controls Volume 1: 1979 – 1984 is the first in a series of re-issues of Adrian’s back catalogue. The collection is released via On-U Sound on 6 April.
Features
Back to top