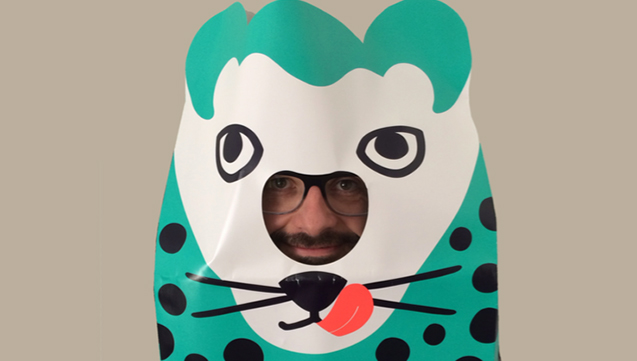 Adem spills the beans on his latest solo endeavour and muses on the legacy of folktronica...

Adem Ilhan is a man of many talents. Having cut his teeth in the teenage post-rock tour de force Fridge, which also launched the career of Kieran Hebden, he’s gone on to shape a gloriously wonky solo career.

While in Fridge, Adem got drawn into the burgeoning folktronica scene, which combined the best bits of pastoral folk with lo-fi studio witchcraft.

Wasting no time to embrace the music that was getting him all hot under the collar, he set up the Homefires festival in London and went on to curate a stage at the first Field Day.

His debut album Homesongs dropped in 2004 to a critical fanfare, while follow-up Love and Other Planets in 2006 cemented in his place at the forefront of homespun, heartfelt British songwriting.

Then, earlier this year, after a 10-year solo hiatus, he dropped Seconds Are Acorns, a wide-eyed celebration of his spruced up production skills and omnipresent songwriting nous.

We caught up with him to learn more about its inception and creation, and hear his thoughts on the legacy of folktronica…

It’s been 10 years since your last record Love and Other Planets. What made you want to do another one?
I never really stopped making records. I just got busy doing other things, really. Love and Other Planets came out in 2006, and I did the Takes covers album afterwards [in 2008]. Then I got busy with lots of other things - stuff was going out rather than coming in, so there was not enough left in my emotional bucket. I don’t think you have different pots for different jobs. At least not for me. Then, slowly but surely, I felt the itch and urge to do something of my own again.

How does your approach to your solo work differ from the commissions?
It’s very different and I’ve never examined the process because I’m too scared at what I’ll find out. I just let things happen. In interim years I’ve had lots of ups and downs, just as any human being does.

You’ve recently toured the new record – what was that like?
I love live performance. I’ve been drawn to it ever since I was a lot younger and did a lot of theatre. The idea of communicating to a bunch of people is really important.

I think you can tell from the content of my lyrics that I want to communicate with people. Even the really intimate and personal tracks are universal personal things. They are the intimate things that happen to all human beings. It’s that idea of shared experience. Shared personal experience. That intrigues me and I love talking about it.

With that in mind, how do you sit down and decide what you want to write about?
A lot of my songs just happen subconsciously. There’s a lot of stewing that happens without me thinking about it. Then I’ll go in with the tools and start crafting and thinking about rhyming patterns and metre and how things fall and what the best word where, would be.

How do you think your songwriting and your sound has changed since your first record?
Well, I’ve done a lot more production. I think I might be a producer at heart, to be honest. Especially coming from Fridge - you can hear that that’s all about the production. Over the years I think that I’ve learned a lot. My judgment’s got a lot better. I’m much better at being technically right and I trust my instincts a lot more.

How has that translated on Second Are Acorns?
It’s a much broader record. There’s posher production, bigger drums and a feeling of largeness to it. Now my producer head, before I even started mixing and putting things to tape was already saying, ‘You know it’s going to be at the expense of some of the intimacy. You know that’s going to be at the expense of the creaky bits that make the other records really good’.

You’ve also written scores and theatre music. What’s it like to work to someone else’s vision?
Both through being a producer and writing scores I’ve learned how to manage people. You don’t realise how much of a huge part of the job it is. It’s all about understanding what people want and convincing them they want what’s right for the project rather than what they’ve been told by, you know, their mate.

What intrigued me when I started on all the soundtrack stuff; all the scoring, all the composition stuff, is how similar it felt to make. And there’s a really lovely sensation when I listen to a piece of music I made for some dancers - I’ll step back and see it happen. I get the same sensation as I would listening to my record. I see it as a very different discipline but in fact, it’s just music.

You embarked on your solo career just as folktronica was kicking off. Looking back, do you think that was a blessing or a curse?
I was lucky to be pretty near the start of it all. Therefore I was able to be noticed before the slew of stuff happened. Even before I put my first solo record out I was dipping my toe in that world. So I played with Badly Drawn Boy when he released The Hour of Bewilderbeast. That record was very key to it all, to the public understanding that music again. And I capitalised on it and ran the Homesfires festival. I wanted people to hear this music that I was loving and was inspiring me.

Why did you fall out of it?
It was all over very quickly actually. The idea of the movement for me was this forward-looking thing. And all of a sudden the music I was hearing was just people trying to sound like people who I put on at the first Homefires. I ended up listening to loads of people who just wanted to sound like James Yorkston. But James Yorkston listens to African music and punk - they were his main influences at the time.

I’m always wary of people turning up and saying, ‘Oh, I play trip-hop, I want to sound like Massive Attack and Portishead’. It’s like, ‘No. Massive Attack and Portishead didn’t want to sound like that. They just happened to sound like that because all the stuff they were listening to led them there.’ And that’s the key. That’s the exciting thing for me. Finding those bands and artists who are not trying to be anything. They just are. Their hand’s forced by their wide listening and the character that brings.

What kind of legacy do you think folktronica left?
It never really went away because it’s acoustic music, I guess. It’s just now become pop. I’m really pleased that there’s an evolution to the scene but I’m a bit bored by the stuff that’s still churning out the same kind of thing that was happening 12 years ago, 13 years ago, 15 years ago, whatever it was.

Adem is on the shortlist to become the PRS for Music Foundation's King's Cross Artist in Residence, alongside Speech Debelle and Evelyn Glennie. Anyone who works, lives or has children at school in N1C.

http://www.adem.tv/
Features
Back to top