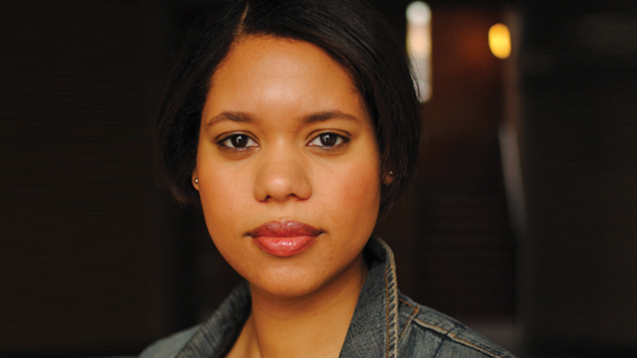 We spend time with some of the leading lights behind this year’s edition of the Proms to find a classical music community teaming with optimism and invention.

Emma Bartholomew spends time with some of the leading lights behind this year’s edition of the Proms to find a classical music community teaming with optimism and invention.

There is tangible positivity in the atmosphere surrounding this summer’s Proms, set against a backdrop of widespread optimism about the general health of classical music. Recent figures released by the Association of British Orchestras show an increase from four to five million in live classical audiences from 2010 to 2016. And the health of the genre among radio listeners is also vibrant. A recent Classic FM study recorded an encouraging 43 percent rise in its under-25-year-old audience - a welcome renaissance for a genre well into its dotage.

This upswing is reflected in the Proms figures themselves, with more than 35,000 brand new attendees to the festival last year. Director David Pickard is obviously excited by this, and pleased that initiatives such as the Relaxed Prom and Late Night Proms are reaching new audiences, but he actually thinks the popularity of the broadest range of classical music itself is what draws the crowds.

‘We do bring in new elements that might have wider appeal, but a huge number of those who came for the first time in 2017 were there to hear traditional classical music, which is so encouraging,’ he explains.

David believes this is symbolic of a trend for greater democracy and acceptance in listening habits. ‘When I was at school you were considered a bit of an oddity if you listened to classical music. These days those boundaries have come down. It’s OK again to listen to classical alongside all the other types of music you like.’ 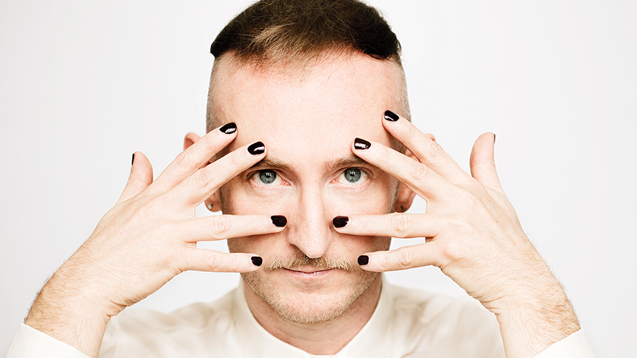 Although there is tremendous audience support for the traditional content of the festival, it is also known for commissioning plenty of new work. The task of talent discovery on this sort of scale is immense. It happens via received submissions, orchestras and choirs approaching composers, organisations like Sound and Music nurturing new talent, and the Proms team reaching out through the international network.

David, who describes himself as ‘less the artistic dictator at the top and more the creative producer’, is supported in this task by his broad range of colleagues, friends and contacts, be they orchestras, conductors, publishers or agents. However, he explains: ‘There are a significant number of new composers out there without representation. I’m hugely proud of our dedicated BBC learning department. Our Proms Inspire initiative is making great strides in unearthing new talent. We’re doing what we can to encourage young people to be the composers of the future.’

Like David, Philip Venables, one of the composers originally discovered by the BBC Philharmonic Orchestra in 2005 when shortlisted by the then SPNM (now part of Sound and Music), notes the importance of the inclusion of new music in terms of audience reception: ‘The enthusiasm for new work keeps growing,’ he says. Philip has also noticed his own work has made a big impact across diverse audiences too.

Engaging a broad demographic is part of the huge ongoing success of the festival: accessibility has been key since it began. Once described as ‘the world’s largest and most democratic music festival’, the two-month gala is still the biggest such event anywhere. David explains: ‘Part of the initial mission in 1895 was to have the audience at the forefront - cheap tickets are still a huge driving force. It’s very important to us to make it genuinely accessible to as many as we can. We don’t want people who buy the cheapest tickets to find they’re shoved to the back; we want them to be right in the centre of everything.’

Roxanna Panufnik, whose Songs of Darkness, Dreams of Light premieres on The Last Night this year, agrees: ‘Tickets start at £6 and you can hear and see the music for free on the radio or online.’ Fellow composer Hannah Kendall (top picture) makes a wider point: ‘Culture is vital. It is so important that people of all backgrounds have access to classical music and culture more broadly, which is what the Proms offers so brilliantly.’

Reaching the widest audience is important to all those whose work is being showcased. Hannah is particularly pleased to be highlighting a part of history not often discussed - the part the West Indian community played in the First World War.

She explores this in her work, Verdala. ‘We sometimes forget the contribution made by the West Indian and other black or ethnic minority communities throughout the ages. Telling this story is imperative, especially on a platform as culturally and internationally important as the Proms. I always want to reach traditionally underrepresented audiences with my commissions,’ she says.

Her piece is reflective of one of the central themes of this year’s festival - world-changing events. Tansy Davies, whose piece, What Did We See?, is also inspired by the events of 9/11, expresses the scope of the challenge ‘to make a unique statement and communicate it with enough clarity to make its presence felt in such an institutional context’. The adventurous 2018 programme pays tribute to six centenaries, including women’s suffrage. Roxanna sees these commemorations and their musical interpretation as integral to the power of music and her own, ‘ongoing mission to build musical bridges between different faiths and cultures’.

As a platform, the festival itself remains pivotal to the classical composer. With its blend of well-loved traditional repertoire, cross-genre fusions and world premieres, it offers a unique placement for composers. In Tansy’s words, this is ‘exciting and important for contemporary composers because it offers the chance to reach a broad audience in a world-class festival.’

Philip, who will premiere Venables Plays Bartók, describes it as ‘hugely important. The BBC is the largest commissioner of new music in the UK. It’s vital for new work to have its place on such a large and prestigious stage.’

Roxanna Panufnik agrees, adding: ‘I’m so proud of the Proms - that in an ever-changing world we still manage to put on this gargantuan music festival with the best musicians from all over the world.’

She is particularly excited to have been commissioned for The Last Night. She describes how the ‘joyous and high octane atmosphere could compete with any music festival of any other genre... it’s the sheer numbers and far geographical reach of potential listeners that make this such a gift to contemporary composers - with deft programming, the producers ensure that our music is heard by people who may not necessarily go out of their way to listen to a new classical piece.’

The opportunity for women, especially female composers, to be showcased, has traditionally been less visible. However, having signed up to the PRS Foundation’s Keychange initiative to ensure a 50/50 gender split line-up by 2022, positive steps are being taken. But as David explains, this comes with challenges laid down in the past.

‘When it comes to classical music, we are dealing with a lot of history, which has not encouraged female composers. I’d love us to not only be featuring more living women composers, but also those who’ve died and contributed to the classical canon.’

However, he has a great sense of optimism about Keychange: ‘It is a wonderful incentive to us to go out there and find the best female talent and bring it to prominence.’ He also emphasises that he is particularly passionate about women conductors, and, looking to the future, hopes to have a wealth of female conductors in forthcoming programming. ‘I’m sure that, in five years time, we will be looking at a different landscape than the one we’re on now,’ he adds.

When asked about his particular highlight for the 2018 programme, David says he’s excited by its overall experimentation: ‘Classical music is an exciting genre. It is still growing and is ever evolving. Music that has a broader appeal and mixes things up. Anna Meredith’s Five Telegrams for the First Night is a perfect example. She has her own band, appears on BBC Radio 6 Music, has created a full orchestral work and is working with different visual mediums. Different talent across different genres coming together is really thrilling. Those kind of musical events, which are hard to define, sum up the excitement of possibility at the Proms.’

The Proms 2018 opens at the Royal Albert Hall on 13 July. Events take place at a range of venues, including Roundhouse and Alexandra Palace, with outdoor events at Hyde Park, Glasgow Green and Colwyn Bay, and broadcast across BBC Radio 3 and BBC TV, until 8 September.