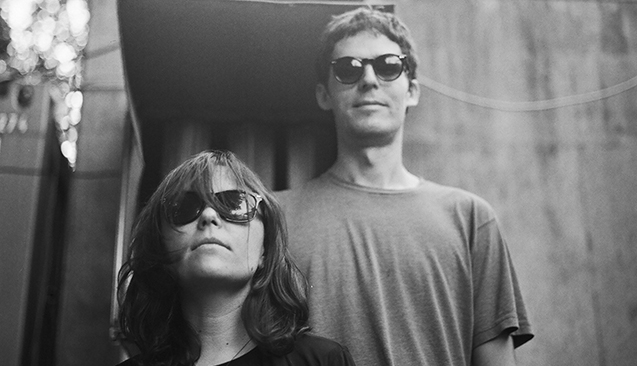 London duo Tomaga have been expanding eardrums with their sonic ambiguity and rhythmic ritualism since 2013. Watch them live in action at our M showcase for Independent Venue Week...

London duo Tomaga have been expanding eardrums with their sonic ambiguity and rhythmic ritualism since 2013.

The main draw is Tom Relleen and Valentina Magaletti’s ability to veer seamlessly between improv and form as they trade melodic rushes for metric theatre.

Unafraid to max out the reverb and delay, their idiosyncratic drums and bass are drenched in fuzzy tension, lending an otherworldly vibe to their dense sound.

After releasing their first cassette Sleepy Jazz For Tired Cats through Bandcamp in 2013, Tom and Valentina signed to the peerless French label Hands in the Dark (also home to Bitchin' Bajas, Death and Vanilla, The Oscillation and Lumerians).

They’ve since produced acclaimed follow-ups Futura Grotesk (2014) and Familiar Obstacles (2015), with another installment due very soon.

We were lucky enough to have them play their brand new material at our Independent Venue Week gig at Sebright Arms, Hackney, last month.

Watch them live in action here: