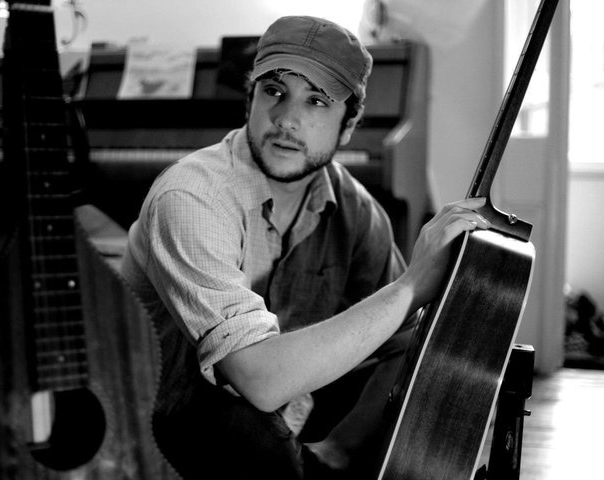 Welsh singer songwriter The Gentle Good (aka Gareth Bonello) travels far and wide for his music, seeking out traditional melodies to spark his muse. Watch him perform a song inspired by a six week residency in China...

Welsh singer songwriter The Gentle Good (aka Gareth Bonello) travels far and wide for his music, seeking out traditional melodies to spark his muse.

His quest has so far seen him undertake a six-week residency in Chengdu, China (through the British Council and PRS for Music Foundation’s Musicians in Residence scheme), and perform and record in Konoma, Nagaland and Kolkata, India.

The results of his wandering ear are best heard on his 2013 album Y Bardd Anfarwol (The Immortal Bard), which is sung in Welsh and was inspired by the Tang Dynasty poet Li Bai.

We were lucky enough to catch him performing live at the recent PRS for Music Foundation’s China Residencies reception. Watch him play Drinking With the Moon (Yfed Gyda'r Lleuad) below:

Keep up to date with Gareth's travels at http://thegentlegood.tumblr.com/