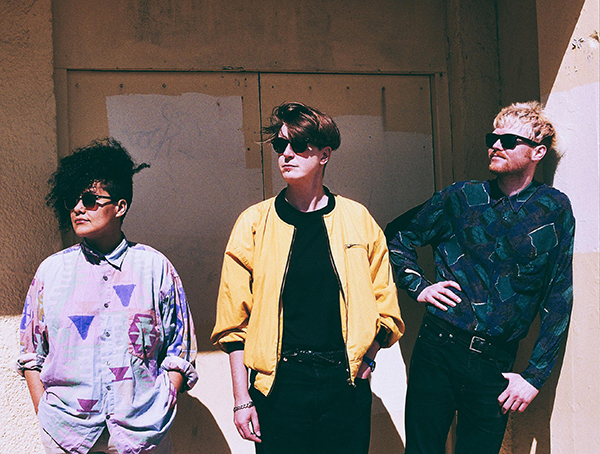 Spiky post-punk trio Shopping level their retro leanings with a sparse post-millennial bedroom pop sound that makes them as relevant in the age of austerity as they would’ve been in Thatcher’s Britain. Don't miss this live session...

Make a list of all your favourite post-punk sounds – from spikey guitars and cavernous kick drums to sparse vocal melodies - and then go Shopping!

This London based trio expertly combine their intense infatuation of all things early eighties with a disarming sense of humour and a deep desire to party.

Through their squat bass, syncopated drums and contagious calls to arms, Shopping level their retro leanings with a sparse post-millennial bedroom pop sound that makes them as relevant in the so-called age of austerity as they would’ve been in Thatcher’s Britain.

Billy Easter, Andrew Milk and Rachel Aggs first came together back in 2012 at Power Lunches, an arts hub nestled deep in London’s East End, where they began pouring their combined experiences in former bands Trash Kit and Wet Dog into a knotty new enterprise.

Their lo-fi experiments led to the impressive debut LP Consumer Complaints in 2012, which prompted a two-year touring spree that won them fans from Bradford to Berlin.

We were lucky enough to catch them soundchecking before their recent gig with Golden Teacher at London venue Birthdays. Tune into their thrifty post-punk here -