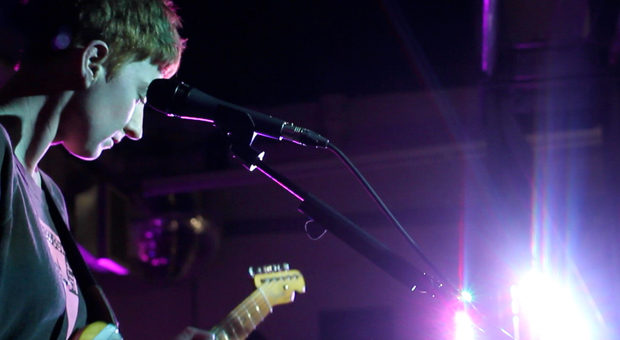 Live, Lonelady’s relish for mashing post-punk with disco and downtown funk is as exhilarating as it is addictive...

Lonelady’s relish for mashing post-punk with disco and downtown funk is as exhilarating as it is addictive.

From the very first guitar lick of her massive break-out single Groove it Out to the angular breakdown of the album track Hinterland, she displays little regard for the rules of musical construction and pop composition.

Even so, her unique formula is insanely moreish, with perfectly rounded bass and drums that shift around oblique melodies and shout-out-loud choruses.

Now on to album number two, Lonelady, aka Mancunian Julie Ann Campbell, is fast establishing herself as a force to be reckoned with.

We were lucky enough to catch her performing live at a recent Rough Trade in-store which celebrated the release of her latest album Hinterland.

Here she performs Groove it Out: