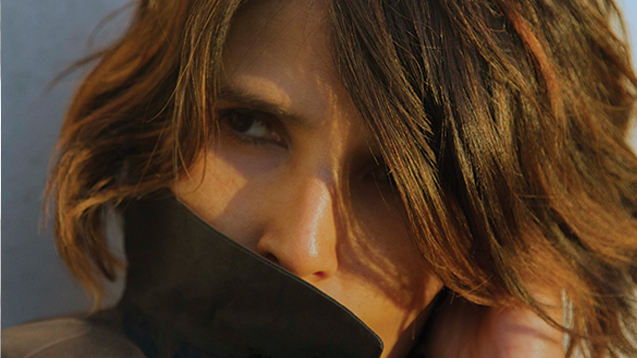 Tanita Tikaram casts her mind back 30 years to the moment when her first single, Good Tradition, came to her…

Multi-million-selling singer-songwriter Tanita Tikaram became instantly synonymous with sassy, classy pop in the late eighties, when she stormed the UK charts while still a teenager.

Here, she casts her mind back 30 years to the moment when lead single, Good Tradition, came to her…

When I was about 18, I listened to an album over and over by Nina Simone called Nina Sings the Blues. On it, there’s a great gospel track called Real Real. It really inspired me and I wanted to write a song just like it. But it didn’t turn out that way, and I ended up with Good Tradition instead. It’s very simple, like Real Real, so I guess somewhere along the line I was influenced by the song’s lyrics and chord structure.

Back then, I was writing very quickly on my guitar. It was the only instrument I could play – and not very well either! Often, I would sing the whole song straight through: they seemed to write themselves back then. I was still at sixth form college and in English class we were reading Our Mutual Friend by Charles Dickens. We talked a lot about the symbolism of family, and I think that’s where I found the language for the song.

I recorded it in 1988 at the Red House, Rod Argent’s home studio near St Albans. It was really beautiful, a bit like a rambling old manor house. He co-produced the first record, Ancient Heart. The album contains some really original instrumentation for back then; oboes, violin solos – there’s a lot going on musically. The amazing violinist Helen O’Hara played on Good Tradition. She’s probably best known for her rousing work with Dexy’s Midnight Runners, but she has a very soulful, melodic way of playing.

When we were working on the album, Rod and co-producer Pete Van Hooke would talk about all sorts of influences, Celtic, classical, blues. On Good Tradition we also had Paul Brady, the Irish singer-songwriter, playing mandolin and the pipes. We were creating a little sound world of our own, and I think it confused some people who presumed I must’ve had a connection to Celtic music!

It turned out to be a really joyful track, even though the lyrics aren’t. The drums are lovely, and I think the whole rhythm section brings a bit of a party atmosphere. When I listen to it, I hear me learning about all the things that happen when you make a record. It was a really eye-opening time for me.

Shortly after we recorded it, I made my first video, I started to appear on television and the song went on to do very well in the UK and Germany. I remember when it went into the Top 30; it was a big deal for me. I was performing at the Cambridge Folk Festival and everyone was so excited because it was a big surprise that a record like that would make the charts. Then when we broke the Top 10, things started to get a little crazy.

It’s 30 years since its release, which is sometimes hard to believe. But I think my bigger anniversary will be next year, when I turn 50! Looking back, it’s so lovely and amazing that people are so kind about that song, and the whole album. It made such an impression on people.

A 30th anniversary edition of Ancient Heart is out now.

This article appears in the December print edition of M magazine.
Features