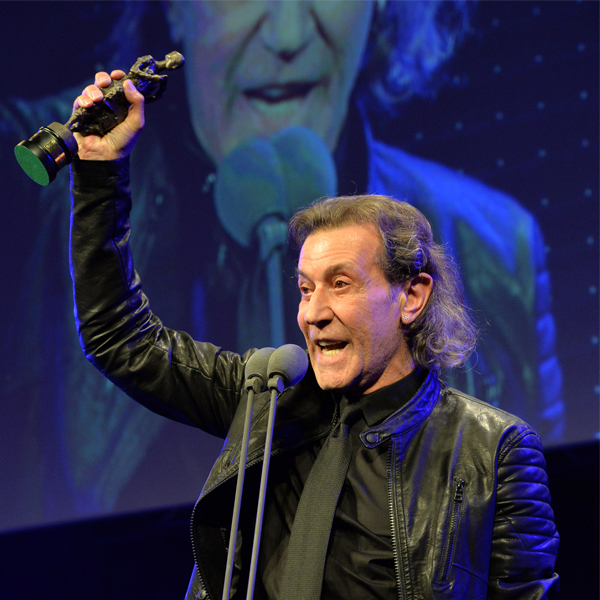 Ivor Novello Award winner Albert Hammond tells us the story behind his timeless, heart-rending hit The Air That I Breathe...

Here, he tells us the story behind the heart-rending chart smash The Air The That I Breathe which, over the years, has been performed by everyone from Simply Red to The Hollies and Hank Williams Jr - and was even the inspiration behind Radiohead’s 1992 breakthrough single Creep.

I left for America with my partner Mike Hazlewood in 1970. We had three hits in the top 20 in the same week and we thought, ‘What do we do next?’ We needed a bigger challenge and we thought LA would be it - but we struggled. We had no work permit and hardly any money because in those days you were only allowed to take £50 out of the UK, whether you went for a vacation or forever.

Once the money ran out I had to ask a lot of favours. Through that I met lots of people who were in the business and they really helped me. One promoter had a lovely secretary called Linda Koscy. She put me up at her place and told me if I drove her to work every day I could use her convertible after I dropped her off. She was fantastic.

One day I told Linda I wasn’t going to take her to work. I wanted to stay at home and write something for her. I began composing music on an acoustic guitar, and it felt great. I remember the chorus came to me first. I instantly thought, ‘Gosh, what do I do after this?’ It was so strong. Normally I write something and then I work out something even stronger for the chorus - I push myself. But this day I wrote so many words and so much music - much more than ever made the song. I even ended up using some of the material elsewhere. It was an incredible experience, it all just came out, simple as that. When she came home I played it to her and she loved it.

I knew it was a hit as soon as I finished it. I recorded it first for my album, It Never Rains in Southern California, but it was still very much a gentle acoustic thing back then. It didn’t become a hit until The Hollies performed it. They’d actually heard it through the Everly Brothers, who had recorded it for their 1973 album Star Spangled Springer. They’d written nine songs for that LP and the only outside song they included was The Air That I Breathe. When they finished the album they asked The Hollies to choose one of their songs to cover. Unfortunately they chose the only song the Everlys hadn’t written, which was mine. So every time I used to see Phil Everly, he’d say to me, ‘You son of a bitch!’

The Hollies’ version was recorded and released in America on the same label I was on, but the promoters were having difficulty with its tempo. Everyone said it was too slow for radio and they didn’t want to play it. So I went out with the promoters to ask radio to give the song a chance. In the end I convinced a couple of DJs and programme directors to play it - one in San Francisco and the other Boston. As soon as they began playing it the phones went off the hook. Everyone wanted to know what it was. It was so different at the time, especially the tempo and the chord sequence.

Over the years it’s been performed many times in so many different styles. I love all the different interpretations. Simply Red’s version was more R&B than The Hollies and everyone loved it in the UK. Then in America they did this kind of rap version - it was really weird! It also became a hit by Hank Williams Jr and has since been performed by loads of other country singers. I even have a credit on Creep by Radiohead because of the song. The band admitted that they took the inspiration for it from The Air That I Breathe, including some of the chord progressions.

It’s amazing - the song has travelled so far and wide, it’s almost been to Mars and back! It’s one of those ones that was just meant to be. No matter what obstacles were in its way, it seemed to jump over them and carry on. I really owe it all to the girl with the heart of gold who gave me a place to stay and a car to drive.

Albert is on tour in the UK, Ireland and Europe this summer.

alberthammond.com
Features
Back to top